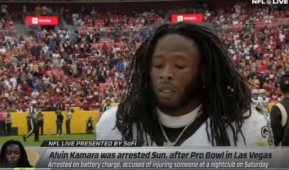 The New Orleans Saints should be thinking “running back” in their preparation for the 2022 NFL draft. Their star runner, Alvin Kamara, deserves to be sent down the river for a long time after savagely beating up a man in Las Vegas Saturday night. He may not get a severe sentence, but he darn well deserves one. In fact, his merciless attack was caught on video, as was former Baltimore Ravens’ running back Ray Rice’s knockout punch of his fiancée in 2014. 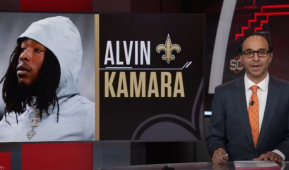 What happened with New Orleans Saints running back Alvin Kamara in Vegas this weekend is definitely not staying in Vegas. In town to play in the National Football League’s annual Pro-Bowl game, he was also arrested by Las Vegas police for his unsportsmanlike conduct in a local bar. Kamara has been charged with battery resulting in substantial bodily harm to an unidentified person. 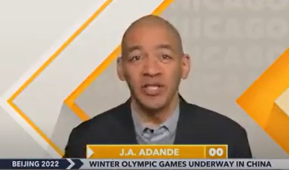 This being an election year, an “E”specially “S”tupid “P”olitical “N”etwork (ESPN) panelist on the “Around the Horn” program made a disturbing contribution to America’s deepening political divide. J.A. Adande, on Friday’s episode, compared Chinese genocide to U.S. voter requirements to show identification in order to vote and also attacked police officers. Talk about an insult to Uyghur slaves and the oppressed people of China, Taiwan and Hong Kong by trivializing their nightmarish existence under communist dictators. 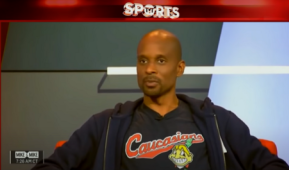 How do you really feel about Brian Flores’ lawsuit against the NFL and three of its teams, Bomani Jones? After the Miami Dolphins recently fired Flores, their former coach filed a lawsuit against them, Denver, the New York Giants and the NFL. He alleged Miami owner Stephen Ross wanted to pay him $100,000 per loss and tank the 2020 season, and that the Broncos and Giants plans to interview him was a Rooney Rule sham. On Thursday, ESPN and HBO talk show host Jones used the occasion of this lawsuit to launch a race-laden attack on “white people.” 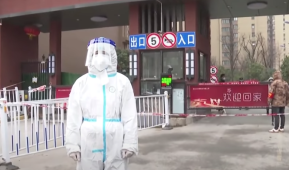 The 2022 Winter Olympics begin this weekend, and the spectacle has been dubbed the “Genocide Games,” the most controversial games since Hitler’s Berlin Games in 1936. Participating athletes have been warned not to anger the Chinese government by speaking out about its human rights violations, not to be used for Chinese propaganda purposes and to only use burner phones for communication. 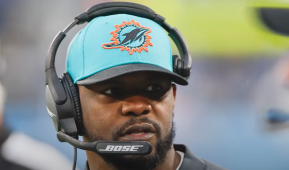 Fired recently after three seasons as head coach of the Miami Dolphins, Brian Flores unleashed a bombshell on his way out of the National Football League. In a 58-page lawsuit filed Tuesday in the U.S. District Court’s Southern District of New York, he accused his former team of tampering, tanking and racism. He extended that racism charge to the entire National Football League as well and says the Rooney Rule requiring interviews of minority coaching candidates is a sham. 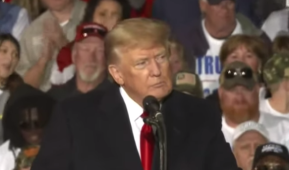 Another Trump Administration would not tolerate the unfairness of men going into, and dominating, women’s sports, apparently. Speaking Saturday at a rally in Texas, former President Donald Trump promised that if given another four years in the Oval Office he will ban the unfairness now taking place at Penn University and other schools. 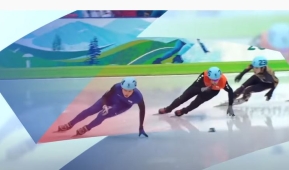 With help from the New York Times, China is shoveling propaganda to promote the 2022 Winter Olympics, which begin this weekend in Beijing. Down to their last hope of spreading the truth about China’s human rights atrocities, the Uyghurs are urging the world not to watch the Games on television. Their supporters spent years unsuccessfully attempting to urge the International Olympic Committee (IOC)  not to award the Games to a brutal dictatorship. 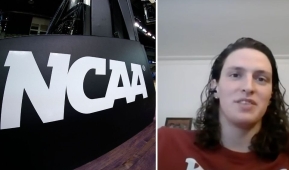 The Will (aka “Lia”) Thomas controversy with Penn University women’s swimming is on a collision course with postseason events and potential NCAA rules changes regarding transgender athletes. An anonymous member of that team told Fox News she overheard Penn administrations speaking of a potential lawsuit if Thomas is prevented from NCAA national competition in March. 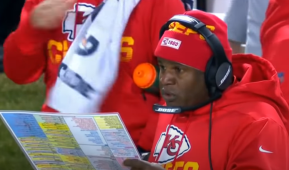