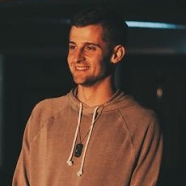 John Simmons is a Culture reporter for the MRCTV Blog, specializing in exposing liberal bias in the world of sports. He graduated with a degree in journalism from Liberty University and has written for numerous publications and websites, including The Boston Globe, The Liberty Champion, and The Standing for Freedom Center. 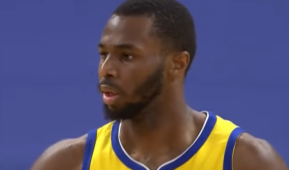 To many of us, the most important element of life is our religion. It influences every decision we make and helps guide our conscience in matters of right and wrong. Our Constitution protects the individual’s right to practice the freedom of religion, one of the many things that make this country so special. Unfortunately, the NBA and the city of San Francisco don’t care about people’s religious beliefs. 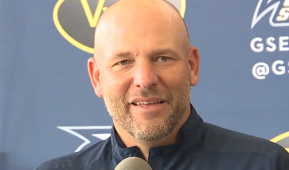 The Georgia Southern Eagles football team has begun the year with a 1-2 record. In a sport as merciless and high-pressure as college football, that can be a major setback for your team’s goals and aspirations and potentially harm your overall morale. But Eagles head coach Chad Lunsford was not fazed by his team’s predicament, and in a press conference on Wednesday took a faith-based and wholesome approach to his team’s situation. 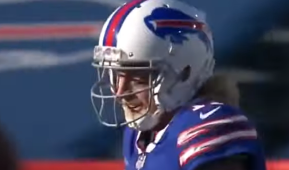 In April, the Buffalo Bills became the first team to require fans to have a vaccine passport in order to get to games. While this may prevent the unvaccinated portion of the Bills Mafia from making it to Highmark Stadium on Sundays, one Bills player is making sure that Bills fans are at least able to attend road games. 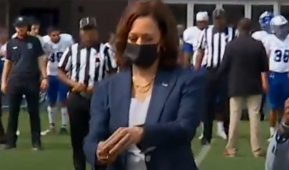 Shortly after President Joe Biden was sworn in, he gave Kamala Harris the reigns to oversee and address the issues taking place at our southern border. Unfortunately, Harris has routinely ignored her responsibilities of actually addressing the problems and has been given a completely free pass by the leftist media. Yesterday, she came out of hiding, but it wasn’t to do her job. 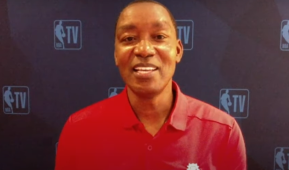 At the start of the season, the NFL announced that it would be playing the “Lift Every Voice And Sing” – widely considered the black national anthem – in addition to the American national anthem before games. While most would think former and current black athletes would be supportive of this woke gesture by the NFL, there are some who think otherwise. 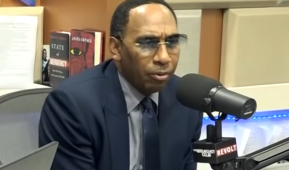 Stephen A. Smith has a routine habit of making outlandish and opinionated statements on events occurring in the world of sports. On Wednesday morning’s edition of the radio show The Breakfast Club, Smith was back to his old ways when he took time to blast athletes who have not chosen to get the jab yet. 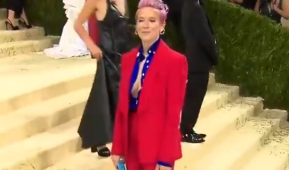 Monday night’s Met Gala was a cesspool of rich politicians and celebrities showing off their wealth and status to compete for media attention. While Alexandria Ocasio-Cortez stole the show a gown with the ridiculous message “Tax The Rich” painted on it, U.S. Women’s National Soccer Team star Meghan Rapinoe had an equally nauseating message to convey at the gala. 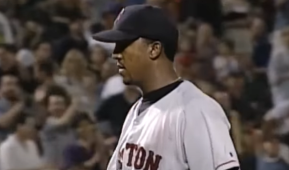 Pedro Martinez had a season for the ages in 1999. That season, he led the American League in strikeouts, earned run average, and wins, which is no small feat. He was widely considered a top candidate for the American League MVP award, but Martinez claimed that he was snubbed of that honor due to racist baseball writers. 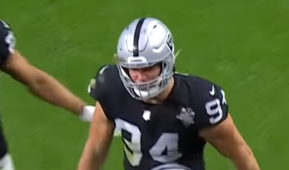 Week 1 of the 2021-2022 NFL season concluded with a thrilling duel. The hosting Las Vegas Raiders escaped with a win in overtime over the Baltimore Ravens 33-27.

But apparently, the really important storyline was that the first openly gay NFL player participated in a game. 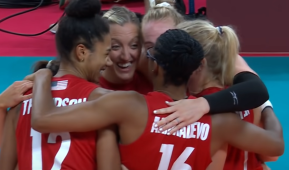 This past summer, the U.S. women’s Olympic indoor volleyball team won its first gold medal in the event. But a left-leaning media outlet, has turned the celebration of this milestone achievement into a race issue.