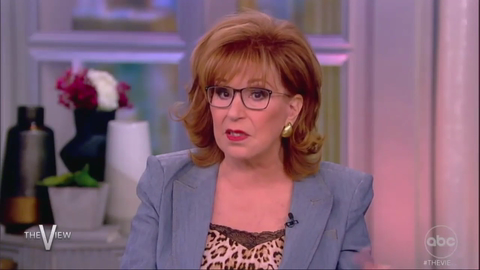 On Friday’s edition of The View, the broken clock struck correctly as the ABC cast railed against the oppressive and murderous regime in Iran and promoted the nationwide protests there after a woman, Mahsa Amini was brutally killed by the country’s morality police for not wearing a hijab/head scarf correctly. But the moment was spoiled by co-host Joy Behar who had to cram in abortion, warning that America was on its way to becoming Iran. Whoopi on The View: 'I Should Probably Never Do this Show Again'
Nicholas Fondacaro

Seemingly unsatisfied with the naked racist bigotry from “Sunny Hostin” earlier in the week, Whoopi Goldberg stepped it up by lashing out at South Carolina Senator Lindsey Graham (R) on Thursday’s edition of The View by playing to the homophobic smear that the Senator is a closeted homosexual. She was forced to make a non-apology where she called it a “joke” and quipped, "I should probably never do this show again” if people don’t get jokes anymore. 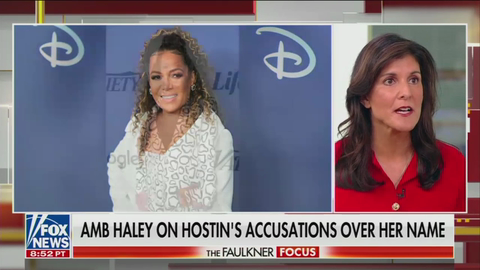 Following the racist attacks from The View co-host “Sunny Hostin” (a fake name) against former U.N. Ambassador Nikki Haley for her name and skin tone, Haley appeared on Fox News Channel’s The Faulkner Focus on Wednesday and blasted Hostin and liberal Democrats as “racist” for repeatedly attacking minority Republicans that way. She also called out ABC News for their refusal to take action against Hostin when they would have fired a Republican. 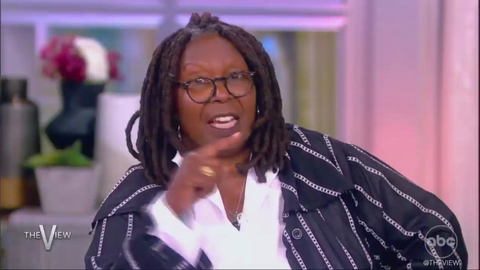 Aside from so-called “Sunny Hostin” making racist attacks against former U.N. Ambassador Nikki Haley targeting her name and skin tone, The View also floated names of Democrats to be their nominee in 2024 on Tuesday. One potential ticket paring that got some vocal support from the cast was California Governor Gavin Newsom and Georgia’s Pretend-Governor Stacey Abrams. And the former in particular got high praise from the racist Hostin. Tuesday’s edition of The View gave us yet another example of how liberals are allowed to get away with making nakedly racist statements as long as the target of their hatred is a Republican. Of course, this latest instance came from so-called “Sunny Hostin” who accused former U.N. Ambassador Nikki Haley of not using her “real name” despite that being the name her parent gave her. But in the blowup that followed, Sara Haines surprised all by calling out Hostin for using a fake name herself. Playing second fiddle to Scott Pelley’s gag-inducing interview with President Biden on Sunday’s 60 Minutes, CBS journalist Lesley Stahl sat down with Iranian President Ebrahim Raisi and treated him with more respect and reverence than the show usually affords to American Republicans. Stahl willingly subjected herself to Iran’s oppressive customs for women and had the gall to suggest they’re “one of the most westernized countries in the Middle East” despite the recent murder of a woman for breaking a law on head coverings. As part of his appearance on NBC’s Today show on Friday, CNBC anchor Andrew Ross Sorkin bragged that his Orwellian idea to monitor gun owners through their purchases at gun stores was becoming a reality. 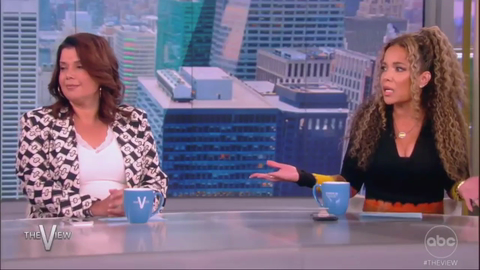 In another example of how mentally unstable she is on Friday, The View co-host Sunny Hostin flipped out because construction workers didn’t catcall, but rather chanted “Trump 2024! Trump 2024!” at her and fellow co-host Ana Navarro. She also used that as evidence to suggest upwards of 80 percent of Republicans would take up arms and overthrow the government if former President Trump gets indicted. 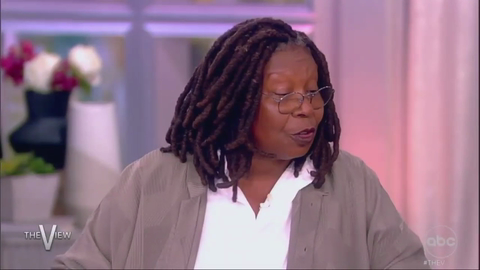 Trying to straddle being both indignantly outraged and tolerant at the same time, the cackling coven of ABC’s The View started Thursday’s show by raging at Florida Republican Governor Ron DeSantis for sending a load of illegal immigrants to the liberal safe haven of Martha’s Vineyard, Massachusetts (which has declared a “humanitarian crisis” after only 50 illegals, who volunteered for the flight, arrived Thursday). Co-host Whoopi Goldberg lashed out at DeSantis calling him a “bonehead” and “nasty.” 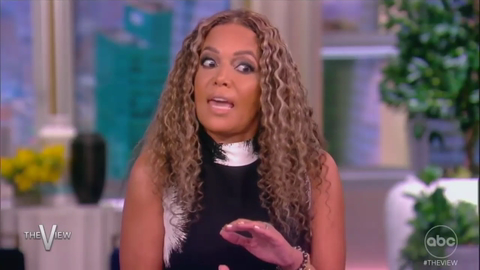 In the wake of Senator Lindsey Graham’s 15-week abortions ban bill, the cackling coven of ABC’s The View kicked off Wednesday’s show by shrieking about how evil Republicans were (despite push back to the bill from Graham’s party colleagues). But misinformation was the word of the day as the cast falsely claims late-term abortions were a “myth” before admitting they’re real; along with smears that those in the GOP were not “good” people who hated mothers and needed to “come into the 21st century.”