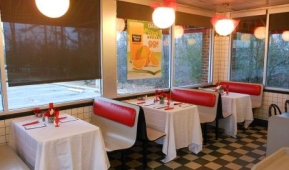 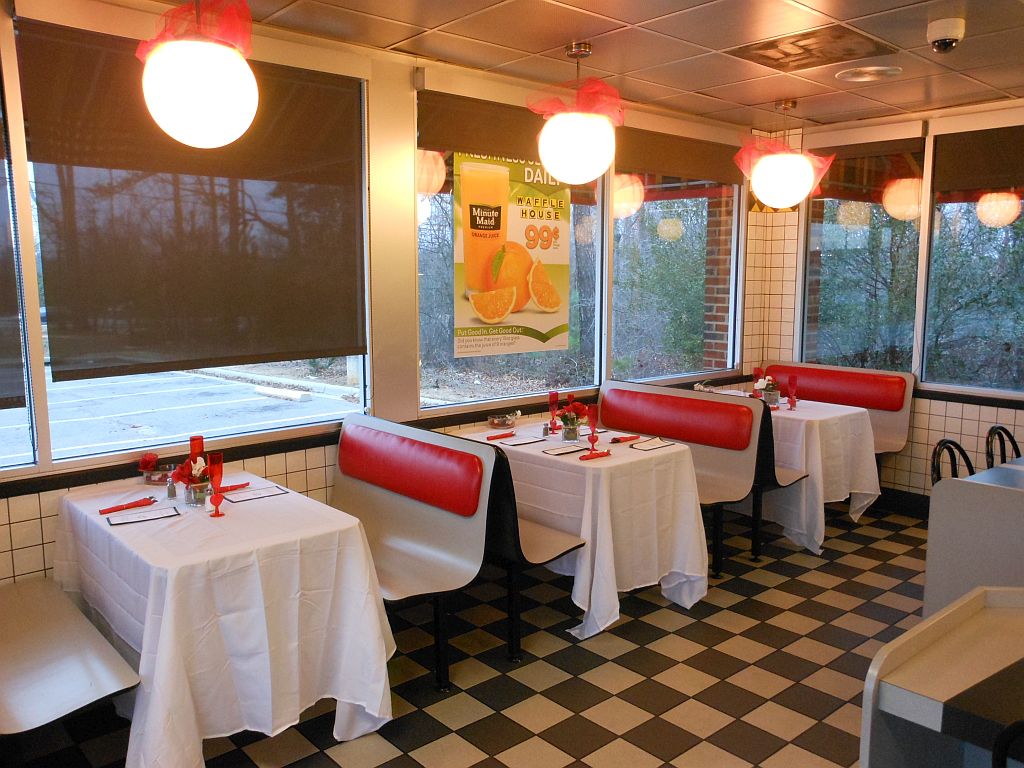 Have you ever found it difficult to find the perfect restaurant for dinner reservations on Valentine’s Day?

Fret no more! Waffle House has announced that it will be accepting reservations for “candlelit romantic dinners” on Valentine’s Day.

The Georgia-based chain said that they wanted to provide a “low-cost alternative” to restaurants that jack up their prices during one of the busiest days of the year for restaurants.

Not to be outdone, there are a few other chain restaurants offering either Valentine’s Day dinners or promotions. White Castle, Krispy Kreme and Qdoba are also getting in on V-Day mania. 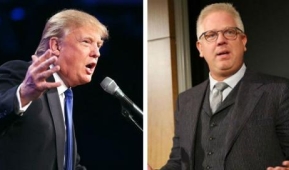 In the rant on Trump, Beck stated that he does not believe that Trump will miss the debate. He also made a veiled reference to Trump being a liberal Progressive. “We already have a president who will not talk to Fox News. Now Donald Trump? Only liberal progressives block Fox.”

During the lengthy Facebook post, Beck detailed Trump's strategy to either alienate people or make them supporters.

According to Beck, Trump first sweet talks and is "generous."

He then expects you to play ball.

If you do not he strikes hard. Then gives you a chance to humiliate yourself by kissing his ring.

If you do not fold he continues to strike hard and uses every falsehood and Saul Alinsky tactic to isolate and polarize you.

His last move is to try to get you fired and completely discredited and isolated.

Beck then wrote that he spoke to a "big conservative" player who is "playing the game" in order to not get ostracized in the case Trump is elected president.

“Glenn, if he wins, what are you going to do? He will use everything to destroy you! Then you are out.”

Beck stated Trump has tried to "use everything" he can to destroy Megyn Kelly, who remained steadfast despite Trump’s threat to skip the debate if she is the moderator. 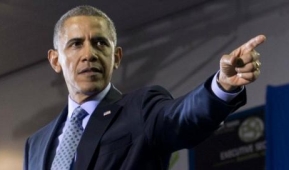 President Obama announced on Monday a ban on solitary confinement for juvenile offenders in the federal prison system. He is also contemplating banning or severely restricting its use in general.

Instead of getting legislation passed through Congress, Obama will use his “phone and pen” to outline a series of executive actions against the practice.

The president wrote in an op-ed:

Research suggests that solitary confinement has the potential to lead to devastating, lasting psychological consequences. It has been linked to depression, alienation, withdrawal, a reduced ability to interact with others and the potential for violent behavior. Some studies indicate that it can worsen existing mental illnesses and even trigger new ones. Prisoners in solitary are more likely to commit suicide, especially juveniles and people with mental illnesses.

The uses for solitary confinement has varied over time, but solitary was not originally intended for non-violent offenders. Solitary is supposed to be used not to punish the criminal for the crime they committed, but to protect everyone else from said criminal. Currently, the number of juveniles that face solitary confinement in the federal prison system is far outweighed by the number of adult inmates that face solitary. 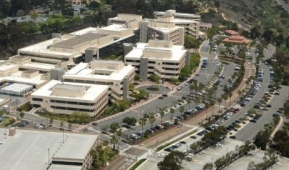 Update (1:45 PM EST): Navy Capt. Curt Jones said that investigators have found "absolutely nothing" that would confirm a report that shots were fired in the basement of the Naval Medical Center in San Diego.

Update (12:15 PM EST): Naval Medical Center spokesman Mike Alvarez released this statement: "We're not taking any chances and are executing procedures we've been trained for in this kind of situation."

Original Story: An active shooter situation has been reported at Naval Medical Center - San Diego. The center posted an alert on social media around 8 a.m. local time on Tuesday regarding the situation:

**!ATTENTION!** An active shooter has just been been reported in building #26 at Naval Medical Center San Diego. All... 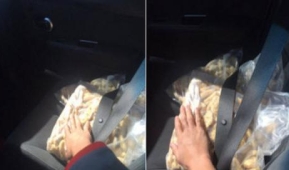 In a story that is just too funny not to write about, a Florida man who quit his job at Burger King decided to steal all of the chicken nuggets in the store.

After securely fastening the nuggets' seatbelt for the ride home, the man then posted photo proof of his exploits on Twitter under the name "Zealot."

TODAY WAS MY LAST DAY WORKING AT BURGER KING SO I TOOK ALL OF THEIR NUGGETS, FUCK IT pic.twitter.com/ODJZe5YgBF

What looks like two to three bags of nuggets is being reported as $5 worth of nuggets.

By the way, his followers on Twitter on now calling him…wait for it…”The Chicken King.”

Apparently, a lot of Twitter users are regarding the man as some sort of hero.

For the video of the story, view below: 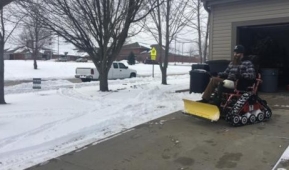 Iraq War veteran and wounded warrior Justin Anderson just wants to give back to his community.

An amputee with only one leg, the disabled vet fitted his all-terrain wheelchair with a sidewalk-sized snow plow on the front, and goes up and down his neighborhood in Omaha, Neb., whenever there is snowfall, clearing the sidewalk for his neighbors.

After numerous complaints about the snow removal from the citizens of Omaha, Anderson decided it was time to take matters into his own hands. He also decided that it was time to repay the people of the town that so supported him throughout his amputation and, later, his bout with cancer.

The community here in the Omaha-metro area has supported me mentally through some of my struggles and my tough times with having my leg amputated and also with my fight with brain cancer. So this is my way of giving back.

This wounded warrior is not looking for adulation in his attempt to keep the sidewalks and driveways of his neighborhood.

"It’s very gratifying. It’s nice to know that it’s appreciated, but even if I didn’t get any response from anybody, nobody said ‘thank you’ or nobody waved when driving by I’d still do it,” Anderson said.

Anderson modified his wheelchair last year to accommodate the plowing.

We could all learn a lesson from Justin Anderson.

For the full video interview, watch below. 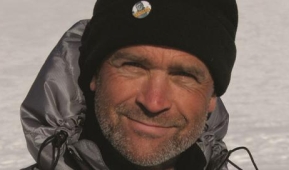 In an attempt to cross the Antarctic unaided, British explorer Henry Worsley has died.

The 55-year-old called for help just 30 miles short of completing the trek. He had already traveled 913 miles across the South Pole, but struggled with a bacterial infection and dehydration.

With the expedition coming to an end, Worsley sent out one last message:

The 71 days alone on the Antarctic with over 900 statute miles covered and a gradual grinding down of my physical endurance finally took its toll today, and it is with sadness that I report it is journey's end -- so close to my goal.

After placing the call, Worsley was airlifted to Punta Arenas, Chile, where shortly after arrival he was pronounced dead. He had been traveling solo for 71 days before he succumbed to his illnesses.

Prince William commented on the loss and iterated that he and his brother, Prince Harry, were saddened by the news, adding, “He was a man who showed great courage and determination. We are incredibly proud to be associated with him.”

It is with heartbroken sadness I let you know that my husband Henry Worsley has died following complete organ failure; despite all efforts of ALE [Worsley's expedition team] and medical staff at the Clinica Magallanes in Punta Arenas, Chile.

This tweet, showing Worsley weathered and tired, was sent out three days before his death: 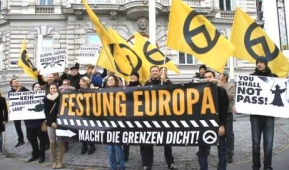 0
Video: Youth Movement in Europe Calls For the Government to Step Aside
Nick Kangadis

Amid a wave of migrants -- and migrant-based assaults -- on their country and around Europe, a right-wing group called the Identitarian Movement has uploaded a video describing their disgust with the people in power.

In the video, which is a little under three minutes, young Identitarians clearly and succinctly describe their displeasure with European leaders and the politically correct culture that permeates the Western world.

The Identitarian Movement, comprised of the youth of Austria and Germany, calls for the leaders of the European nations to stop bringing people in that have no intention of assimilating to the country they inhabit:

You impose tolerance and diversity, but you mean self-hatred, self-denial and self-abolishment. You love and support the foreign, and hate and fight what is our own. You want to talk us into believing that we have no identity, that we are too homogenous. We shall be repressed and replaced. You preach of the diversity of cultures, yet you destroy them.

In this emotional plea from the youth of Western Europe, they also talk of how political correctness has damaged their way of life.

Will this ‘movement’ gain steam in Western Europe, or will the youths' demands fall on deaf ears? 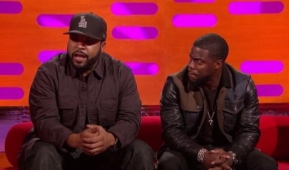 On a clip released Friday of the latest episode of BBC's The Graham Norton Show actor/hip-hop artist Ice Cube, producer of the film 'Straight Outta Compton,' explained, "We don't do movies for the industry. We do movies for the fans."

Amidst all of the celebrities crying "racism" for the apparent lack of black actors or actresses nominated for Oscars this year, Ice Cube decided to look at the controversy in a different, more refreshing way.

Norton asked Cube, "Obviously, cause the Oscars have now got mired in this controversy this year. Where do you stand on all of that? Will you go? Are you going?"

The industry, if they give you a trophy or not, or pat you on the back or not...it's nice, but it's not something that you should dwell on. We got accolades from all levels, you know, from our core fans, from our curious fans, from people who didn't even think they wanted to see that movie. I think the older generation got a understanding on why we did that kind of music, and the younger generation got a history lesson. We got so much praise for the movie, and its like how could you be mad cause one other academy or guild or anybody says it's the number one...it's like crying about not having enough icing on your cake. It's just ridiculous.

This is a take on the award show controversy that no one has heard but probably should. 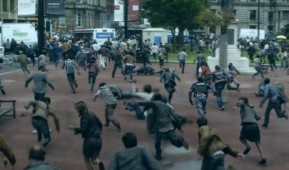 If elected, 2016 GOP presidential candidate Donald Trump might not need to deport anyone, as many Twitter users -- and a multitude of celebrities -- have stated they would leave the United States if Trump wins the presidential election.

According to analytics firm Luminoso, of the 4.5 million ‘Trump-related’ tweets from Aug. 6 through Sept. 9, roughly four percent were people tweeting that they would leave the U.S. if Trump was elected. Some people even stated in their tweets where they would go in such a case, with 69 percent saying they would flee to Mexico.

These are probably some of the same people that said they would leave the country if George W. Bush got re-elected.

However, the average everyday “Tweeters” are not the only people stating they would leave if Trump was elected. Some celebrities have also come out saying they'll abandon ship if Trump wins the presidency.

Here is a list of the top five such celebrities that we probably would not miss if they left: