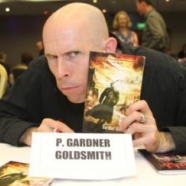 Gardner Goldsmith is a television scriptwriter, journalist, syndicated radio host, and lecturer in political-economics. He has spent time in the script departments of “The Outer Limits” and “Star Trek: Voyager”, and, in addition to his debut novella, “Bite” (selected by Ginger Nuts of Horror as one of the best novellas of 2013), and follow-ups, “Fishing” and “Wall”, his prose and poetry have been published in the US and UK. His fiction is available via Amazon and Barnes and Noble, and through local bookstores, so feel free to dive in!

Goldsmith’s 2007 non-fiction book, “Live Free or Die”, was selected by the Freedom Book Club as a Book of the Month, and his articles on political economics have appeared in the US and UK in such publications and on such websites as Human Events, TechCentralStation, Naked, The Freeman (A Publication of the Foundation for Economic Education), Mises Daily, Investor’s Business Daily, The NH Union Leader, and MRCTV.

He is also a teacher of political-economics and philosophy at various schools in New Hampshire. His website is www.GardnerGoldsmith.com. 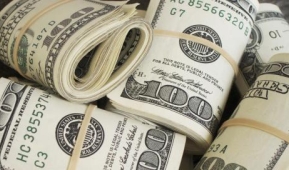 In a move that echoes the 2015 actions of the Texas government, Tennessee Governor Bill Haslam on April 28 signed a resolution, passed unanimously by both houses of the Tennessee government, in favor of creating a state precious metal repository.

While it is not a bill, its significance on cannot be overstated.

First, it indicates that the U.S. Dollar is headed for trouble. Vast amounts of pretend cash created by the Federal Reserve are destined to destroy the value of our money. Second, it brings to light the barely-noticed constitutional provision allowing states or individuals to coin their own distinct currency.

First, let’s talk the future value of our money under the influence of inflation. Central banking, be it by a government or a bank licensed by the government to create money, pumps units of currency into the economy. These units are not created through productivity gains and savings, but out of thin air. Imagine a group of people ready to bid on an item at auction, each having determined his or her top price. Then imagine a politician standing outside the room and handing out money to others, telling them to bid on the item. We know what would happen to the price of the item. 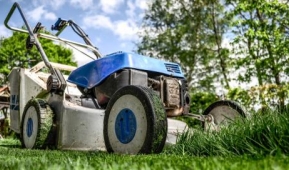 Utah: home of the Empire State Building, Disney World, Fenway Park, and the Great Wall. It’s the place Tolkien visited when creating his fantasy world of Middle Earth, and—

Okay, totally wrong, and about as tied to reality as Major Tom to Ground Control by the end of Bowie’s “Space Oddity”.

But perhaps that’s the way it should be, considering the state’s Department of Environmental Quality (DEQ) just spent a quarter-million in taxpayer cash to buy back old lawnmowers and hand out new, electric ones from Lowes.

According to Josh Daniels, writing for the Libertas Institute, the DEQ’s “Clean Air Retrofit and Off-road Technology” program (“CARROT”, isn’t that quaint?) heavily subsidized the take-back of old-model lawnmowers and the handout of 944 new, electric ones in order to -- yeah, you got it -- save the planet.

Take a big breath, ‘cause the idea goes something like this:

Since members of organizations like the Intergovernmental Panel on Climate Change (UN), The College of East Anglia (UK), the US National Oceanographic and Atmospheric Administration, and people like Al Gore have done tireless work fudging data and manipulating graphs to promote the unfounded idea that mankind is irrevocably causing the climate to warm, or cool, or, well, let’s just say “change,” and since carbon freed by man is seen as the culprit, the government of Utah has taken the bold step of shelling out taxpayers’ money to cut down the number of gas-powered lawnmowers, thus eliminating a certain amount of carbon from entering the atmosphere each year. 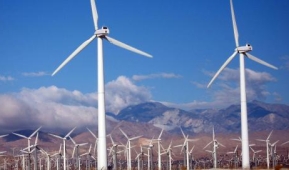 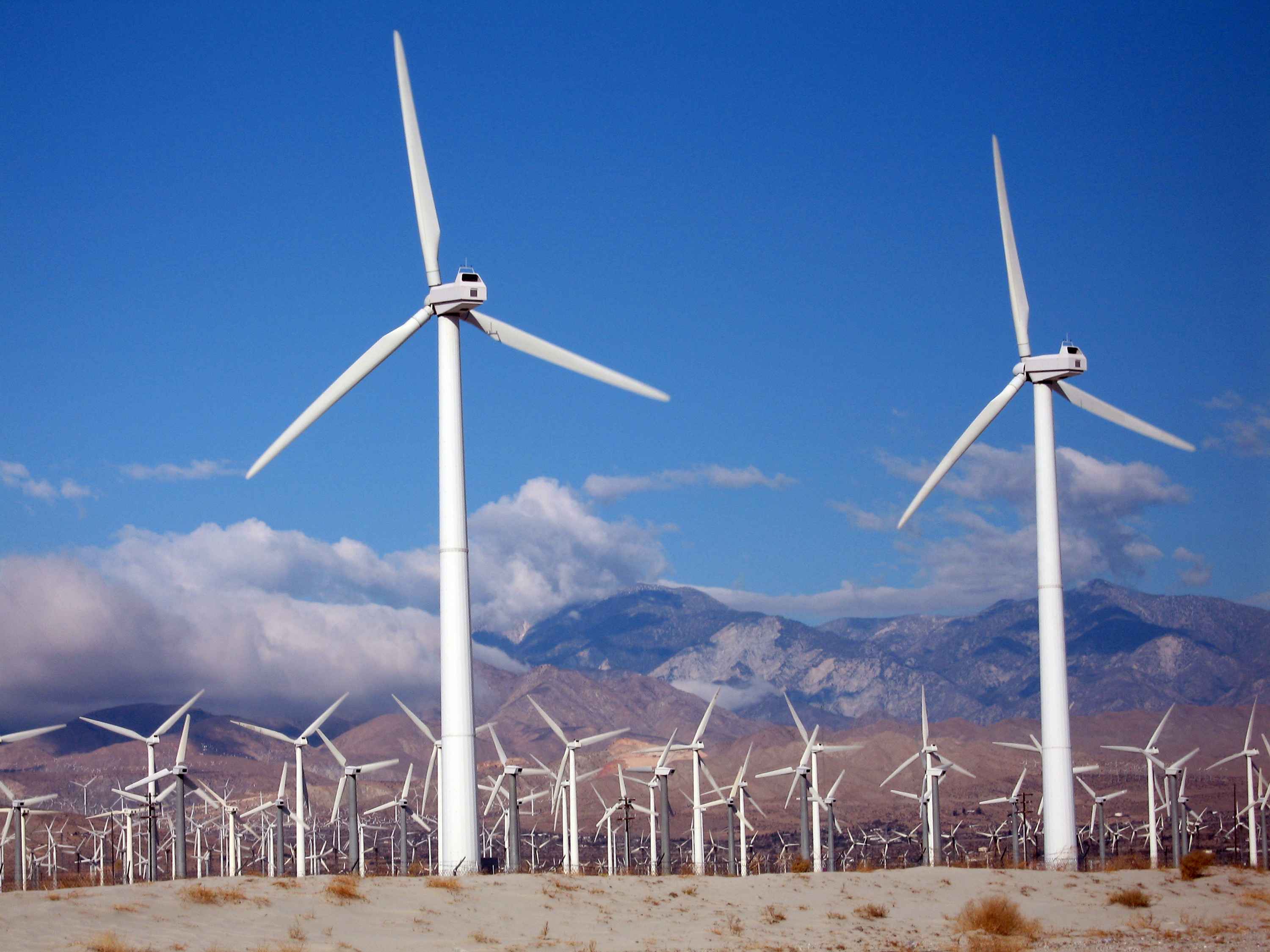 Earth Day 2016 has come and gone with great fanfare and hordes of crony-fueled policy prescriptions from fascistic politicians around the world. But nowhere is the threat of environmental collectivism more pronounced than the state of Vermont.

For Earth Day this year, Vermont Gov. Peter Shumlin patted himself on the back for having the courage to fly to Paris, France, where he attended the 2015 UN Climate Change Conference. In addition to spending other people’s money on flights to religious cult meetings, Mr. Shumlin plans to make his visit pay off by turning Vermont into the first “all-green” energy state by 2050.

But, according to Watchdog.org, Shumlin’s idea to “grow jobs” (and who doesn’t love the rhetorical awkwardness of that phrase?) and turn the Green Mountain State into a Parisian climate wonderland will require some pretty heavy-duty makeovers to the rustic beauty of Vermont.

According to Ben Luce, an associate physics professor at Lyndon State College, in order to meet the state’s energy needs and conform with Governor Shumlin’s goal for 2050, 90,000 acres of land would have to be covered by solar panels, or one-third of the ridgelines in the state would have to be devoted to wind turbines.

That’s a lot of shiny fields and dead birds. 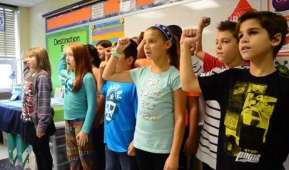 The state of Colorado has a national reputation for being “progressive.” But the meaning of “progress” is subjective, and can only be determined by individuals making their own decisions with their own money in the market.

Just don’t tell that to the Philosopher Kings in Colorado running the Douglas County School District and Board of Education, or they might just see you in court.

On April 19, the Institute for Justice filed a lawsuit against the district and school board in response to their blocking parents from using state funds for their children’s religious schools.

The situation is simple. In 2016, the Douglas County Board of Education adopted the School Choice Grant Program, which, as the title indicates, hands out grants to students whose parents can, in turn, use the money to send the children to private schools of their choosing.

But religious schools are prohibited from the grant program, parroting the oft-held misconception that the U.S. Constitution demands a “separation of church and state.”

The I.J. correctly argues in its suit that “[t]he exclusion of religious options from the program violates the Free Exercise, Establishment, Equal Protection, and Free Speech Clauses of the United States Constitution, as well as the Due Process Clause, which guarantees the fundamental right of parents to control and direct the education and upbringing of their children.” 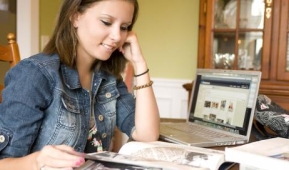 Leave it to the government to pile one insult upon another, then claim it’s helping people.

According to the Washington Post, Orange County Public Schools in Florida shelled out $18,000 last year to pay the private firm Snaptrends to scan students’ social media posts and flag “criminal or threatening behavior”.

The program is set to continue next year, raising the question: When did students -- who are forced to attend government-approved schools -- start being considered potential terrorists who need to be monitored by a FISA, NSA-like spying system?

Indeed, one wonders where the boundaries of the school district end in this Orwellian system.

Using the same excuse as the NSA to try to justify its collection of private data from the internet, the Orlando County school district claims that Snaptrends does not monitor specific students. Snaptrends “merely” searches for “keywords” that might indicate “danger.” Only when such words are found does it investigate the public posts of specific students and alert the school system.

According to Sheri Bobinski, who manages media relations for the school district, the system “respects students’ privacy”, because it scrutinizes students’ public posts only after the company flags those frightening keywords.

The school district offers no indication as to what happens to the data collected in an “investigation,” and offers no full list of “keywords” that might spark such an investigation, in whatever combination.