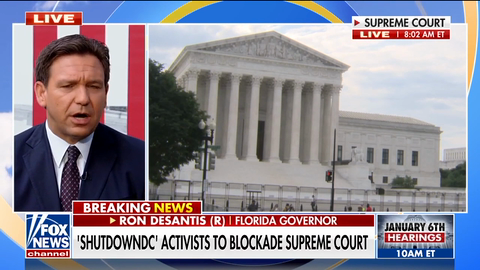 DeSantis Slams Supreme Court Blockade: 'That Would Be Considered An Insurrection'
Patrick Taylor 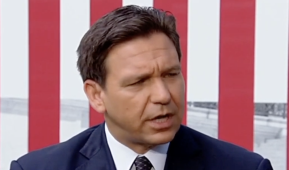 Video
DeSantis Slams SCOTUS Blockade: 'That Would Be Considered An Insurrection'
Patrick Taylor

Florida Governor Ron DeSantis (R) took on the pro-abortion fanatics aiming to disrupt the Supreme Court in an interview on “Fox & Friends” on Monday. DeSantis compared the Supreme Court blockade, as well as the actions of Justice Brett Kavanaugh’s would-be assassin and protesters picketing Supreme Court justices’ homes, to Democrat complaints regarding “insurrections.” 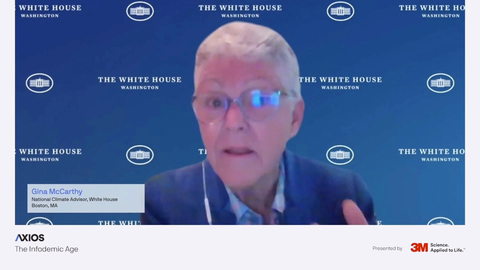 “[F]rankly, the tech companies have to stop allowing specific individuals over and over again to spread disinformation,” she said, “That’s what the fossil fuel companies pay for.” 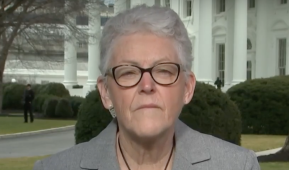 Disagreeing with the tyranny of government “experts” is not something we can expect to fade along with the pandemic. 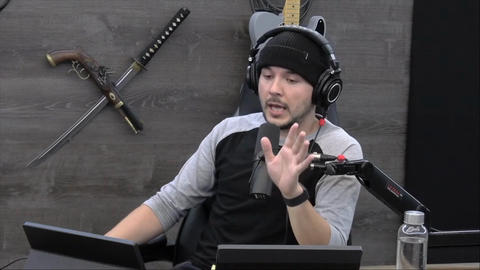 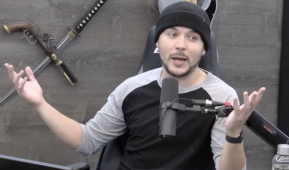 Tim Pool, independent journalist and host of the “Timcast IRL” podcast, appeared to be the victim in the latest wave of “swattings” targeting conservatives on Wednesday. 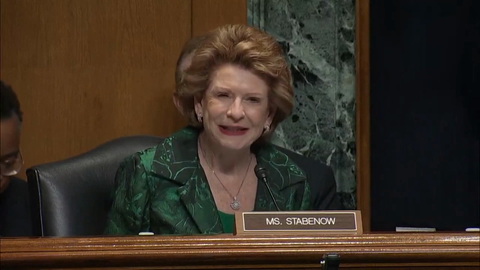 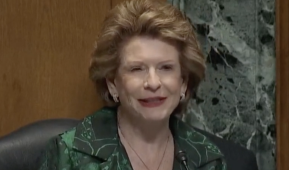 “On the issue of gas prices, I drove my electric vehicle from Michigan to here last weekend and went by every gas station and it didn’t matter how high it was,” Stabenow said. 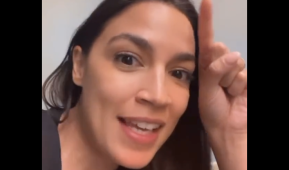 “I also have a mini rant about this, because there are some politicians, including Democratic politicians, that rail against the term ‘Latinx.’ And they’re like, ‘This is so bad! This is so bad for the party! Like, blah, blah, blah,” AOC said. “And like, it’s almost as though it has not struck some of these folks that another person’s identity is not about your re-election prospects. Like, this is not about you.” 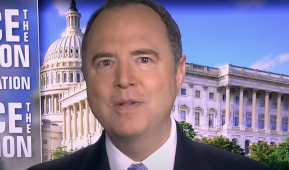