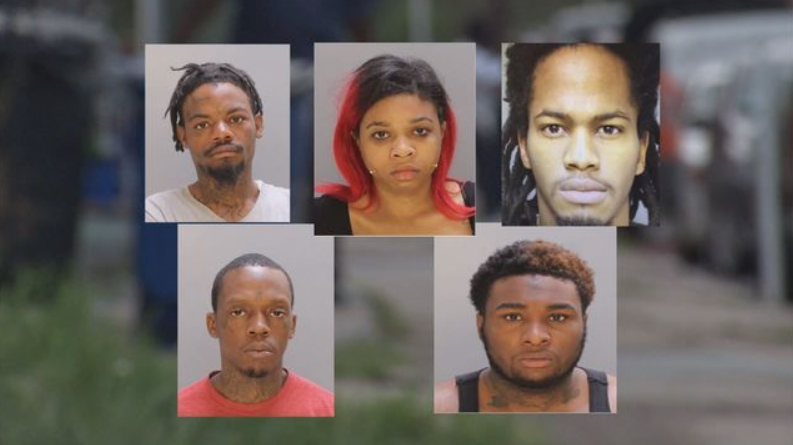 Where’s the key, and how far can we throw it?

Suspects in a North Philadelphia neighborhood have been arrested after holding a 13-year-old girl against her will and prostituting her to over a dozen perverts over a two day period.

According to Fox 29 - Philadelphia:

According to police, Fantasia Gale and the others lured the teenager in with promises of a better life, but within hours she was being offered up to paying customers through an online advertisement.

Police say she was driven from house-to-house in two cars now at the police impound lot.

Since I can’t stand people that do things like this, the following are the names of the sex traffickers, which is too polite a term for these wastes of oxygen:

You would think the one female in the group might have felt some remorse about pimping out a child, but Gale was the one who posted the online ad offering up the girl’s services.

Typically, the city of Philadelphia charges people in cases like this (over 100 since last July) with trafficking, conspiracy, rape and sexual assault.

I would say that these piles of excrement should get the book thrown at them, but even “Atlas Shrugged” isn’t big enough to justify the punishment these people should face.

If you have any information regarding the fifth suspect’s (Romero) whereabouts, please contact the Philadelphia Police Department.

For video of the story, watch below: