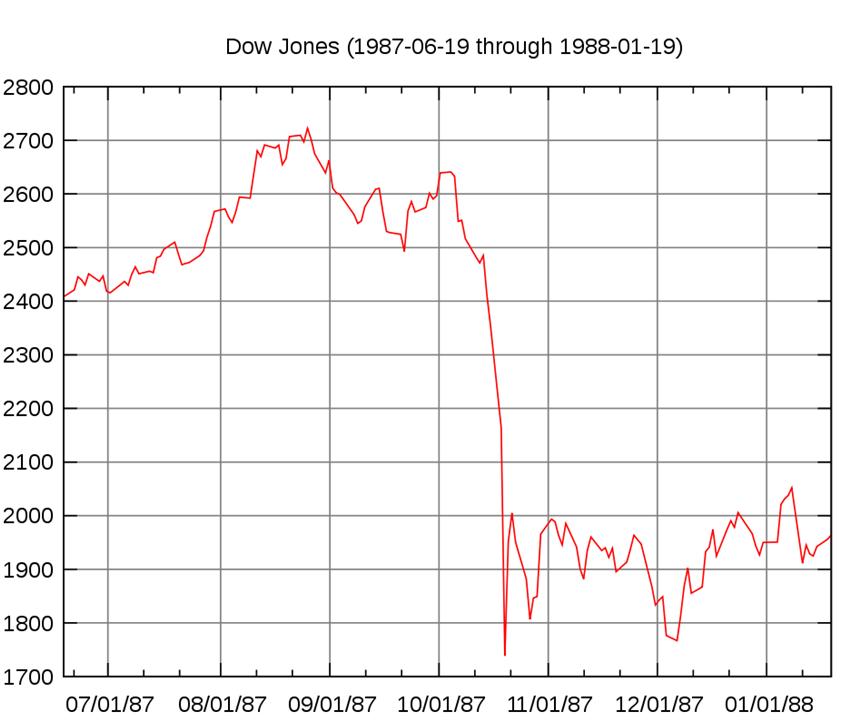 There is a new warning among financial analysts that a “bear” will be taking over for a “bull” in the near future.

According to Business Insider:

In late September, Gunn said the stock market's moves looked eerily similar to those just before the 1987 stock market crash. Citi's Tom Fitzpatrick also highlighted the market's similarities to the 1987 crash just a few days ago. On September 30, Gunn said stocks were under an "orange alert," as they looked to him as if they had topped out.

And now, given the 200-point decline for the Dow on Tuesday, Gunn thinks the drop is here.

The 1987 stock market crash, also known as “Black Monday,” occurred on Oct. 19 of that year causing markets around the world to drop drastically. The U.S. alone saw stocks drop 22.6 percent, which to this day is still the largest one-day drop in history.

If you look at the S&P 500 Index for the full years, the similarities between 1987 and 2016 are eerily similar. The timeline of the ups and downs for the two years almost have the appearance of synchronized swimmers executing their routine in perfect harmony.

“With the US stock market selling off aggressively on 11 October, we now issue a RED ALERT," Gunn noted. "The fall was broad-based and the Traders Index (TRIN) showed intense selling pressure as the market moved to the lows of the day. The VIX [Volatility Index] index, a barometer of nervousness, has been making a series of higher lows since August.”

“But should those levels break and the markets close below (which now seems more likely), it would be a clear sign that the bears have taken over and are starting to feast. The possibility of a severe fall in the stock market is now very high.”