Biden Claims America's Economy Is 'Faster, Stronger' Than Any Other Nation's

Ah, senility. What a glorious place you must be.

President Joe Biden seems to be enjoying the bliss of rose-colored bifocals, as according to him, the economy – you know, the one riddled with historic inflation, high gas prices, kinks and knots in the supply chain, etc. – is doing just fine and dandy.

At least, that’s what he said in his remarks Thursday night, when he tried to convince millions of Americans struggling to pay their energy bills and feed their families while keeping a roof over their heads that the economy is stronger than…well, the other guy’s.

"America's economy is faster, stronger than any other advanced nation in the world,” Biden told his audience at Independence Hall in Philadelphia.

BIDEN: "America's economy is faster, stronger than any other advanced nation in the world."

We're in a recession. pic.twitter.com/PiUacXCo0C

To which the narrator responded: “But it was not strong at all.”

In actuality, the American economy is in a recession, and Americans from sea to shining sea are doing notebook margin-math trying to figure out how to sustain 15% higher grocery costs, skyrocketing energy bills, and a spike in rent.

In fact, here's a handy list of countries with lower inflation than the U.S. 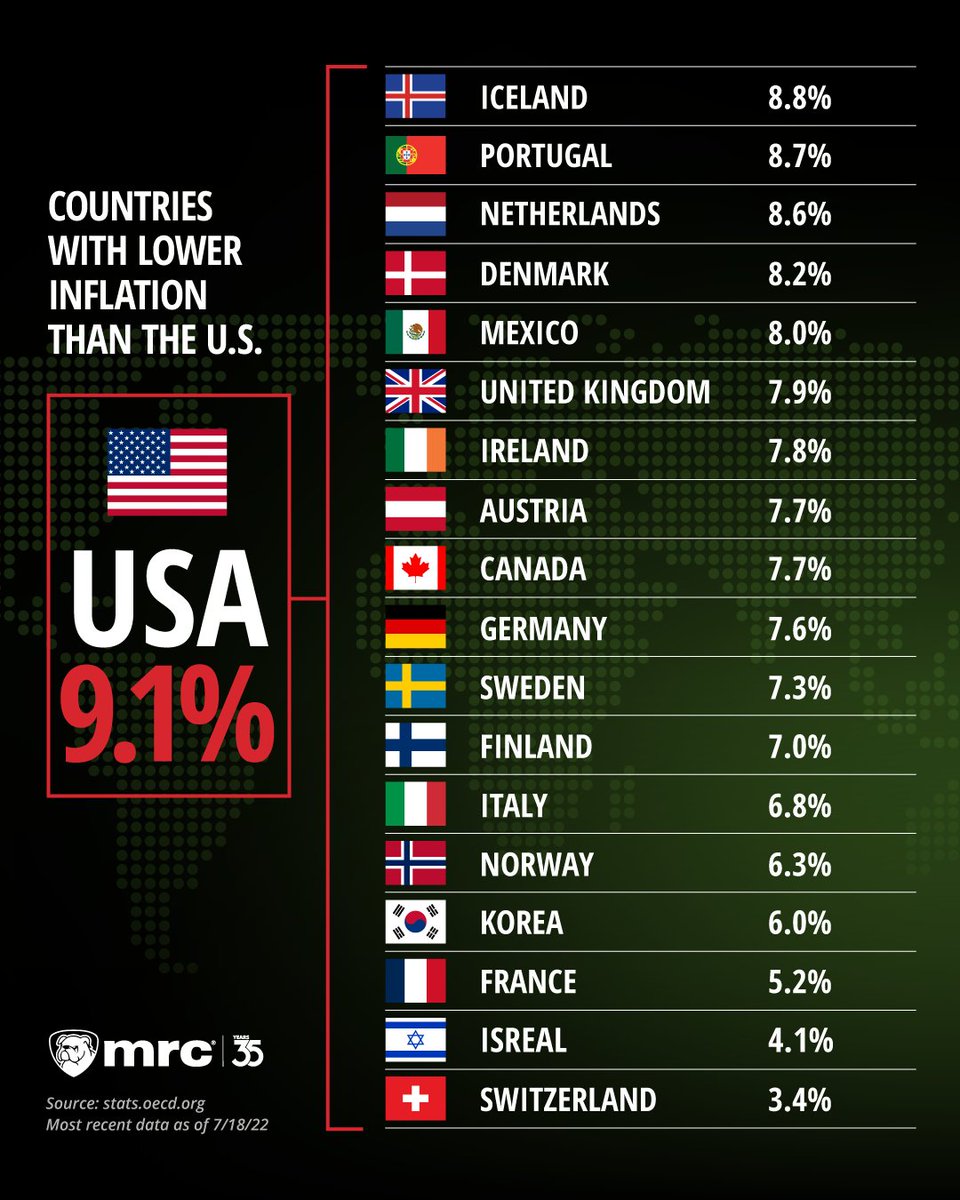 But when your brain isn’t grounded in facts, I suppose you can make up whatever fantasy you wish.

If only that fantasy came with some cold hard cash for the rest of us living in reality.