“When they tell you who they are, listen,” goes the old saying. Actress Susan Sarandon has been screeching who she is – an anti-American far-left crank who never met an issue she hasn’t been wrong on – for decades. But her latest declaration is particularly unflattering.

In the last week, tens of thousands of NYC cops turned out in uniform as a show of respect and solidarity at the funerals of two of their own who were murdered in Harlem. The statement was moving. Unless you’re a “defund the police” type.

And Sarandon, it seems, follows some of those folks on Twitter. The Bull Durham star posted a tweet from some podcaster named Danny Haiphong, who said of a photo of the NYPD throng: “I’m gonna tell my kids this is what fascism looks like.”

Rising inevitably to the bait, Sarandon added: “So, if all these cops weren’t needed for CRIME that day, doesn’t that mean they aren’t needed ANY day?” 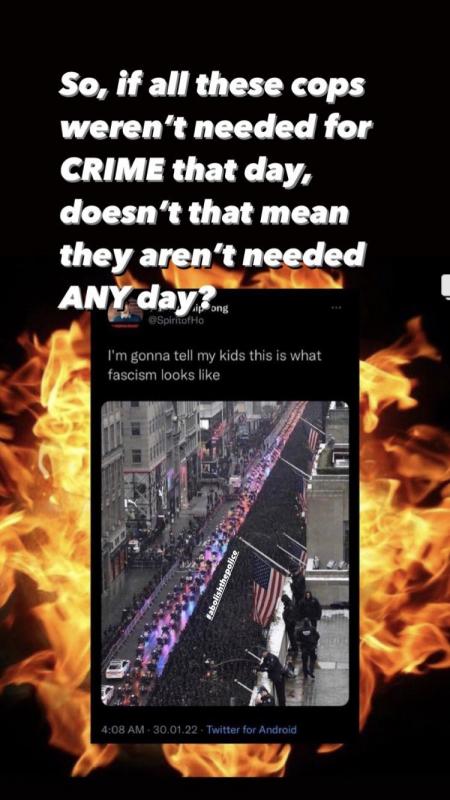 Let’s just hope her hypothesis is never put to the test. Sarandon is part owner of Spin, a chain of “ping pong social clubs” catering to bored urban progressives who probably also want to defund the police. Without the NYPD, Spin’s two Manhattan properties and its hipster clientele would be left to the tender mercies of those who want the police defunded for less ideological reasons.

Meanwhile, thanks to Susan Sarandon for this latest reminder of who and what she is.

A Canadian elderly woman stopped a shoplifter in a Walmart. pic.twitter.com/WYDOSLd7Cq