Many electric vehicles are indirectly coal powered, but this story from West Virginia is truly powered by some coal workers.

An electric vehicle ran out of juice near the entrance of a coal mine access road on Friday, when five coal miners came out to get it rolling again.

Some days are just better than others. Today at our mine off Corridor H an electric car from DC ran out of battery at the road entrance to the mine. Someone called one of our foreman and told him a car was broke down in the middle of our haul road. He went to investigate and found out they had indeed ran out of juice coming from DC to Davis for a get away weekend. He then went back to the mine and got guys to push the car to the guard shack so they could plug in to charge. They couldn't pull it because it was all plastic underneath and nothing to hook up to. So here are 5 coal miners pushing a battery car to the coal mine to charge up. 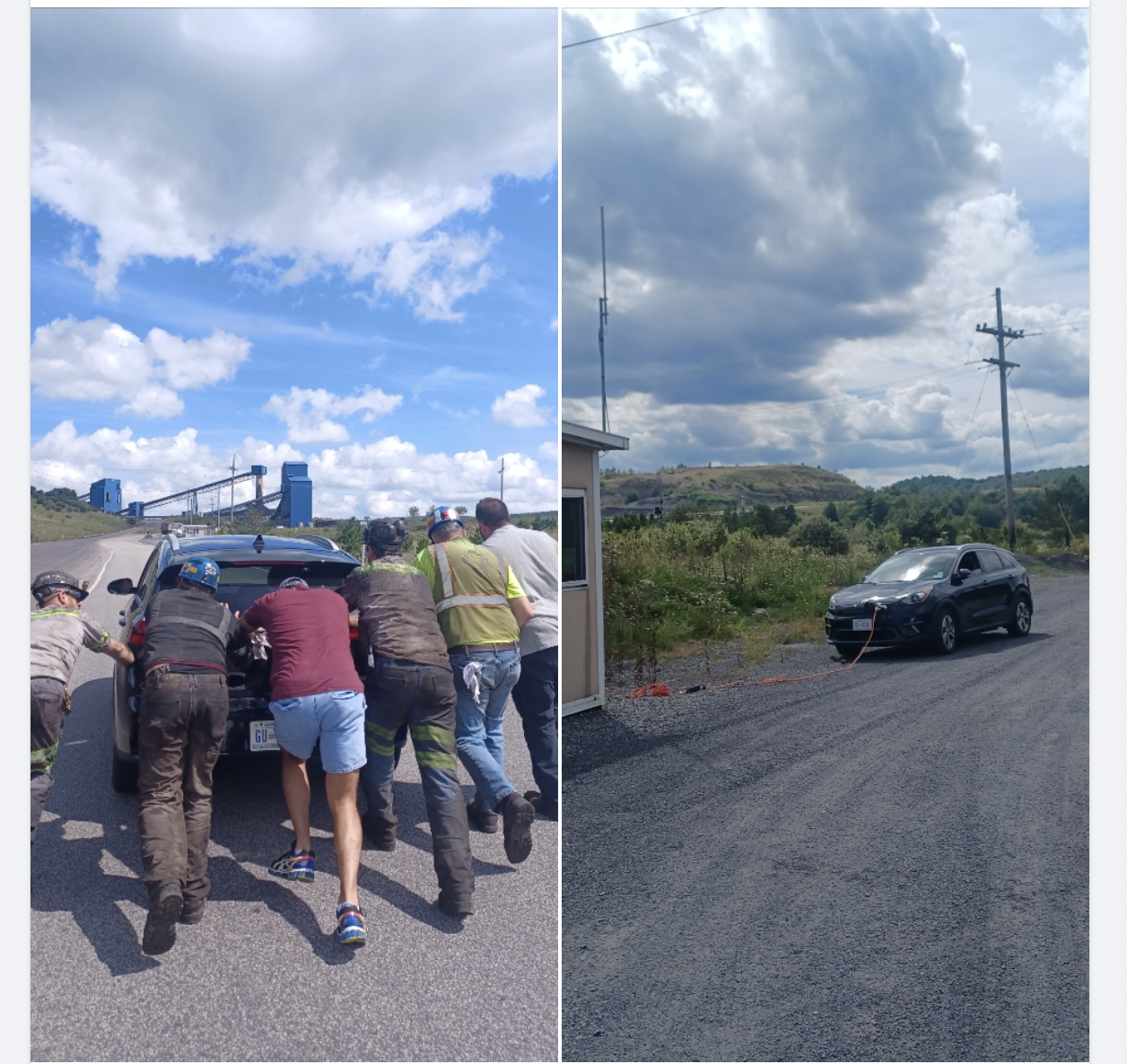 The photos of the coal miners pushing the electric car have gone viral on social media.

“This just shows you coal miners are good people and will go out of their way to help anyone friend or foe. I’m honestly glad they ended up where they could get some help because they couldn't get a tow truck to come and this is out in the middle of nowhere,” Smith posted.

Smith noted that someone even dropped off a “friend of coal” license plate for the owners of the vehicle.

Yet another act of kindness.

A youth football league in North Carolina got leftists riled up for having a FN 15 Patrol Carbine rifle as an auction prize. https://t.co/Lz9VJAGZt5