Of Course! Chris Jericho Gets Grief on Twitter For Having Donald Trump Jr. on His Podcast

The left yet again proved their lack of appreciation for the free speech of those that don’t espouse the same beliefs as they do. Or, you could just have the wrong last name and the left will hate you without knowing very much about you.

Pro wrestler, heavy metal lead singer, and podcast host Chris Jericho recently had Donald Trump Jr. on his “Talk is Jericho” podcast to plug Trump Jr.’s new book, “Triggered: How the Left Thrives on Hate and Wants to Silence Us.”

Well, Trump Jr. took a picture with the 48-year-old All Elite Wrestling (AEW) champion and posted it to Twitter. 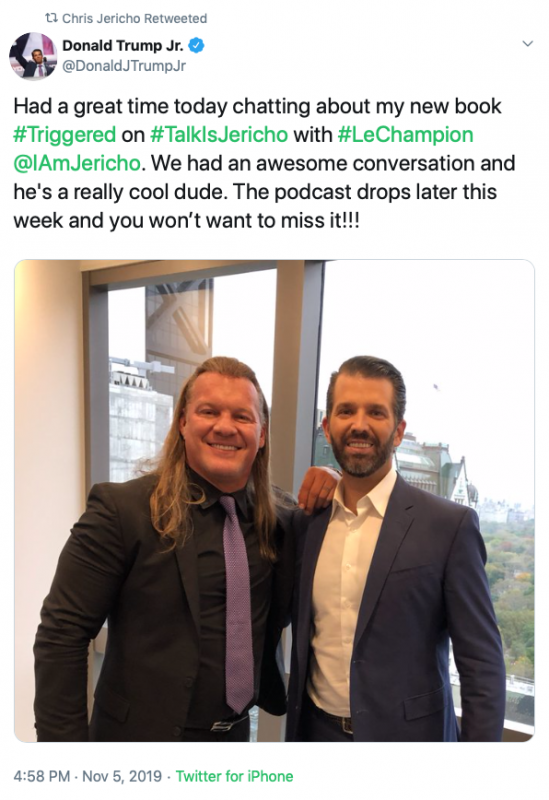 Right on cue, the haters on Twitter took their places and roasted Jericho for his decision to be open and talk to everyone, not just people that he thinks his audience will approve of.

Here’s a few examples of the ignorance of the Twitterverse: 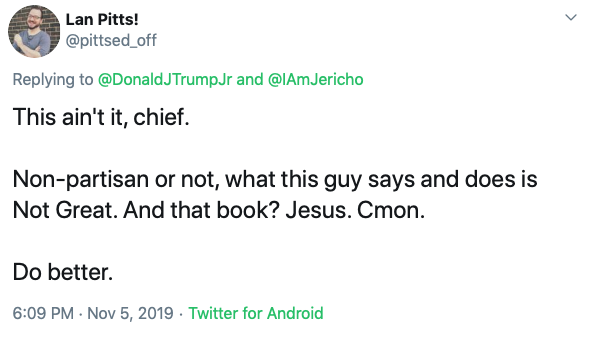 Good Lord! What did you expect? Even news outlets know the Trump’s are good for ratings, so if a podcaster has the opportunity to interview one of them, why wouldn’t you?

Jericho tweeted his response to some of the outrage (As you'll see, the first coward deleted their tweet following Jericho's response):

It’s time to stop taking what the haters have to say as some kind of moral barometer, because that barometer typically only positively extends to people who think exactly like them. The close-minded are doing damage to no one but themselves. Sure they negatively affect people’s jobs at times, but in terms of society, they’re finding that there’s more people that disagree with them than agree.