Despite the demographics of the typical Fox News viewer, the lone “right-leaning,” establishment media source will occasionally throw in with the far-left and their agenda. One conservative commentator and author is now speaking out against one of the network’s latest promotions.

MRCTV’s Tierin-Rose Mandelburg reported on a Fox News segment from last Friday morning on a now 14-year-old “transgender boy” who, according to the Fox News report, “before [he] could even speak, he managed to tell his parents that ‘he’ is a boy.”

How? If the kid couldn’t even speak yet, how did she “tell his parents?” Nothing against the kid at all, but that sounds like a stretch.

Anyway, best-selling children’s author and Daily Wire commentator Matt Walsh took to Twitter to voice his displeasure with Fox. Walsh recently released a documentary involving the “trans movement” titled, “What is a Woman?”

“I have appeared on Fox News many times,” Walsh tweeted before prioritizing his principles over his media appearances. “I appreciate the platform they’ve given me. If what I’m about to say ruins that relationship, so be it.”

Walsh also concluded his initial tweet by saying that one’s “own side” shouldn’t matter when it comes to calling out “this evil lunacy.”

(Thread) I have appeared on Fox News many times. I appreciate the platform they’ve given me. If what I’m about to say ruins that relationship, so be it. We have to call this evil lunacy out wherever we see it. Especially on our own side.

Walsh went on to describe the Bryan Llenas-produced video on the trans teen in subsequent tweets, while also calling for “everyone involved” with the video to be “fired immediately.” 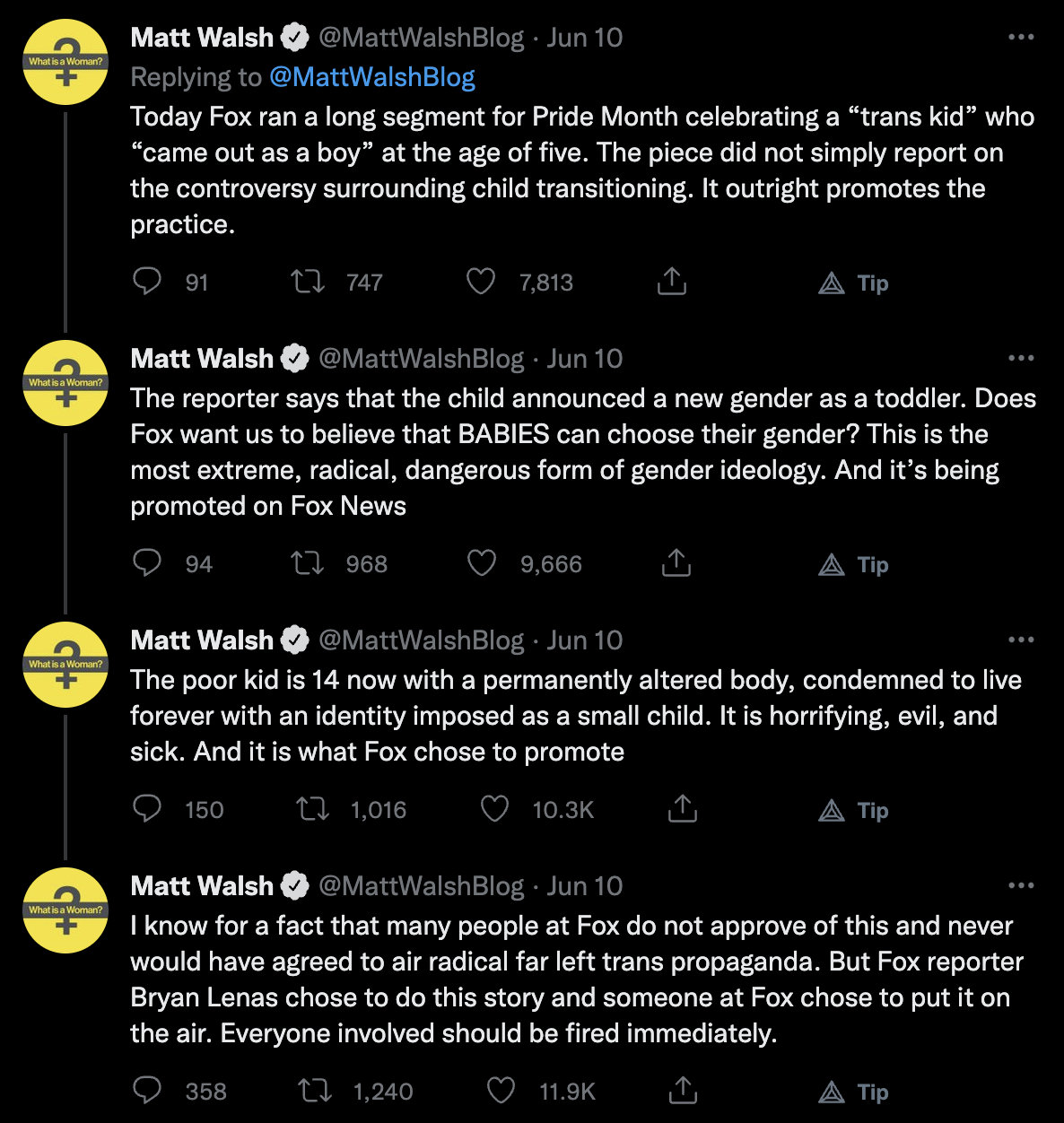