I do apologize for everything you just read. If it’s any consolation, it made my coffee taste bad to write it.

Here’s the story, thanks to a local mom who didn’t take kindly to kids being handed prophylactics while watching scantily clad and mentally confused people gyrate on a stage.

Back in October, “The Rainbow Room,” a local LGBTQ youth program in Doylestown, Pennsylvania, hosted a “queer prom” event called “Cosmic Colors” for LGBTQ kids and young adults ages 13 to 21, as though it’s normal for middle-schoolers and legal drinkers to attend a dance together. (And, groomer alert: “alum” of the Rainbow Room – i.e., queer adults older than 21 – were “welcome to attend." Creepy.)

Related: Harris Omits 'Right to Life' When Quoting the Declaration of Independence to Defend Abortion

Here’s the online ad for the event, lest you wonder whether the age range was clearly specified (spoiler alert: it was). 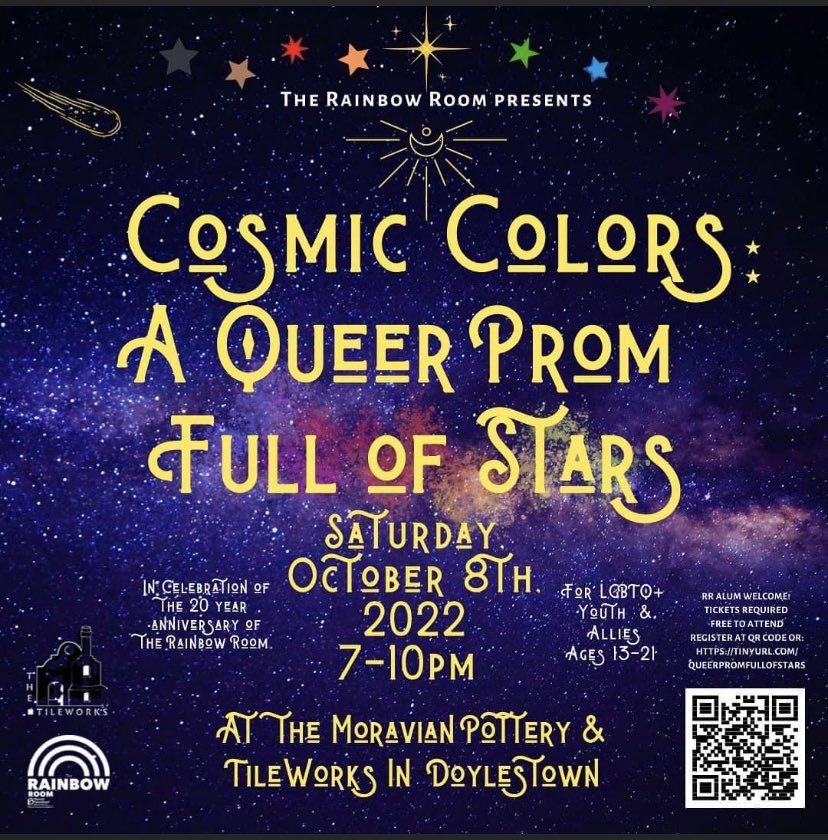 This performance took place at “Queer Prom” an event for 13 to 21-year-olds.

This was hosted by “The Rainbow Room,” an LGBTQ+ youth club sponsored by Planned Parenthood.

Again, sorry about that. But it gets worse. A video filmed by one of the event workers shows a line of weirdos putting together bags of party favors for attendees, where she proudly displayed boxes of New Age charms next to piles of condoms, lubricant, and latex devices used during oral sex.

This event was for 13 to 21-year-olds. pic.twitter.com/wdhTOLbFTH

According to the event's commemorative invite, it turns out Democrat Steve Santarsciero - who’s hard at work for the Pennsylvanian taxpayer, I’m sure - was listed among the sponsors for the event, where kids as young as 13 were given bags of rubbers and abortion bracelets on their way out the door.

Oh, and candy. The queer adults were also handing out candy to these children. Can’t forget that.

Lemme just state this for the record, since it appears not to be common knowledge nowadays: if you allowed your kid to attend this sex-themed event expressly designed to commingle children with grown adults, you're a sucky parent who shouldn't be allowed to own houseplants, much less raise people.

And if you're an adult who attended this event, you're a pervert. Full stop.