Dept. of Labor: Workers in Same-Sex Marriages Now Have Right to Job-Protected Leave to Care for Spouse 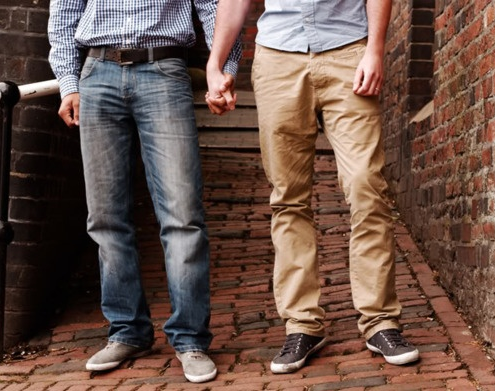 The Department of Labor announced Monday a rule change under the Family and Medical Leave Act (FMLA) that now ensures workers in legal, same-sex marriages the same right to job-protected leave as those in opposite-sex marriages.

In a press release, DOL Secy. Tom Perez explains the amendment with an anecdote:

“Todd and TR met more than seven years ago in Minneapolis, and it wasn’t long before they were planning a future together. In 2011, they held a private commitment ceremony, and that same year their relationship was given civil union status by the state of Illinois, where they had moved for Todd’s job. After Minnesota gave same-sex couples the right to wed in 2013, Todd and TR returned home and sealed their commitment to one another, in sickness and in health, in a legal marriage ceremony. As their relationship has grown stronger and evolved, society and its laws have evolved as well – allowing them to become, in the eyes of the law, the family they have long been in their hearts.”

“That’s why today, we announced a rule change under the FMLA to make sure that eligible workers in legal, same-sex marriages, regardless of where they live, will have the same rights as those in opposite-sex marriages to care for a spouse. We’ve extended that promise so that no matter who you love, you will receive the same rights and protections as everyone else.”

“We’ve extended that promise so that no matter who you love, you will receive the same rights and protections as everyone else.”

From a “state of residence” rule to a “place of celebration” rule, marriage under FMLA is no longer based on where a same-sex couple lives, but instead on where the couple got married. That being said, “access to federal FMLA leave for an individual in a same-sex marriage is protected regardless of the marriage laws of the state in which that worker resides.”

This rule change is a direct result of the President’s directive following the Supreme Court’s decision to strike down the Defense of Marriage Act. Obama ordered all federal agencies to identify and reform statutes—laws, rules, policies, practices—in which marital status is a relevant consideration.

Following the ruling back in June 2013, Obama released the following statement:

“This ruling is a victory for couples who have long fought for equal treatment under the law. […] So we welcome today’s decision, and I’ve directed the Attorney General to work with other members of my Cabinet to review all relevant federal statutes to ensure this decision, including its implications for Federal benefits and obligations, is implemented swiftly and smoothly.”

He went on to say,

“How religious institutions define and consecrate marriage has always been up to those institutions. Nothing about this decision—which applies only to civil marriages—changes that.”