Ahh, fake Republicans. They might even be worse than leftists, because you’d think they’d know better. And yet, they push fake news whenever they can because leftists pay them well to do so. It’s either that or they have an axe to grind with actual Republicans, because they realize that they’ve been found out as frauds.

Enter “apostate GOP media guy” Rick Wilson and MSNBC hack — ahem, excuse me host — of “Morning Joe” Joe Scarborough tweeted out an alleged 2015 tweet by President Donald Trump — obviously before he was president — that has been proven to be fake. Heck, even the left-leaning Snopes said it's a fake...two years ago!

Wilson, who has kept the lie up on his Twitter page despite admitting he knows it’s a fake, tweeted out the fake Trump tweet late Monday afternoon. Wilson laughingly kept the false tweet up because he knows the old adage, “a lie can travel halfway around the world before the truth has a chance to get its pants on.” You'll notice the number of likes and retweets the fake tweet got compared to Wilson admission. It's not even close. 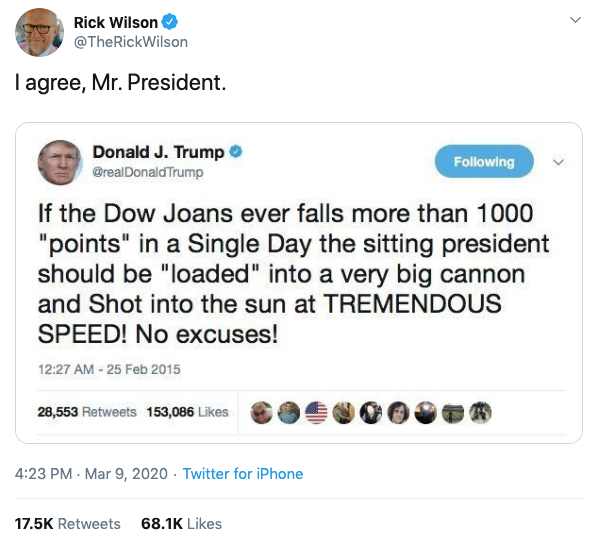 And people like Wilson expect others to believe the things they say and write despite their dishonesty.

Remember, Wilson is the same guy who made fun of Trump supporters in January live on CNN while host Don Lemon laughed like a child who heard his first fart joke. But sure, take his “analysis” seriously.

As for Scarborough, who officially switched to being an Independent in the age of Trump, at least he had the wherewithal to delete the offending tweet. 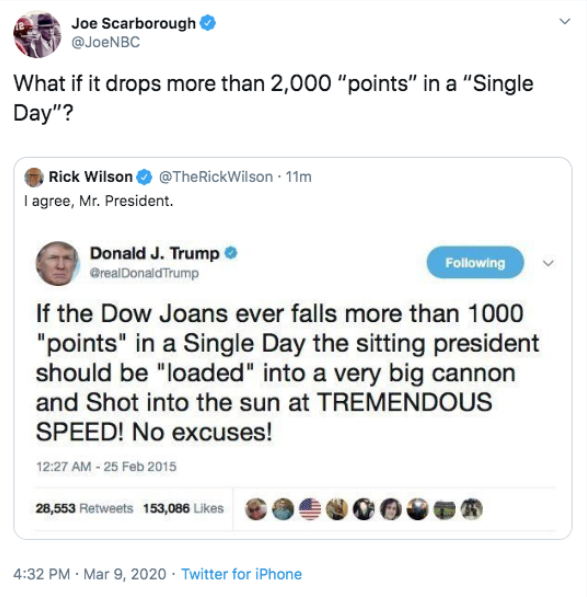 All it would have taken before posting the fake tweet was a simple Google search. I guess that’s too much to ask for.

People like Scarborough, and particularly Wilson, seem to shun journalistic ethics and integrity for sensationalism all in an effort to get clicks — to get the praise they need to keep their egos in the atmosphere.

Just as a reminder, here's how vile and petty Wilson can be:

The arrogance, the dismissiveness, the smug cackling, the accents.

If Donald Trump wins re-election this year, I’ll remember this brief CNN segment late one Saturday night in January as the perfect encapsulation for why it happened. pic.twitter.com/8kQ6zN9AZV