Someone get the bleach. I need it for my eyes.

According to Prevo, Utah, back-to-school day this year needed not only a drag queen in attendance, but many drag queens in mini-dresses dancing on stage for, well, everyone. Including kids.

“Jenna Tailia,” whose name when sounded out reads “Genitalia,” was one of the performers featured at the school's “all-ages back to school drag extravaganza,” LibsofTikTok reported.

A drag queen named “Jenna Tailia” performed at an “all ages back to school drag extravaganza” in Provo, Utah pic.twitter.com/2OkdmXFhTE

Speaking of genitalia, “Ms.” Jenna had his own practically hanging out when he did the splits for the audience mid-performance and finished the number on his knees with his crotch taking center stage.

The event, called “Back to School Pride,” was sponsored by the RaYnbow Collective, a LGBTQ advocacy group for Brigham Young University.

As a result, numerous conservative - or rather just sane - human beings expressed their disapproval.

Adam Coleman, founder of Wrong Speak Publishing, agreed that this event was not in fact appropriate for “all ages.” 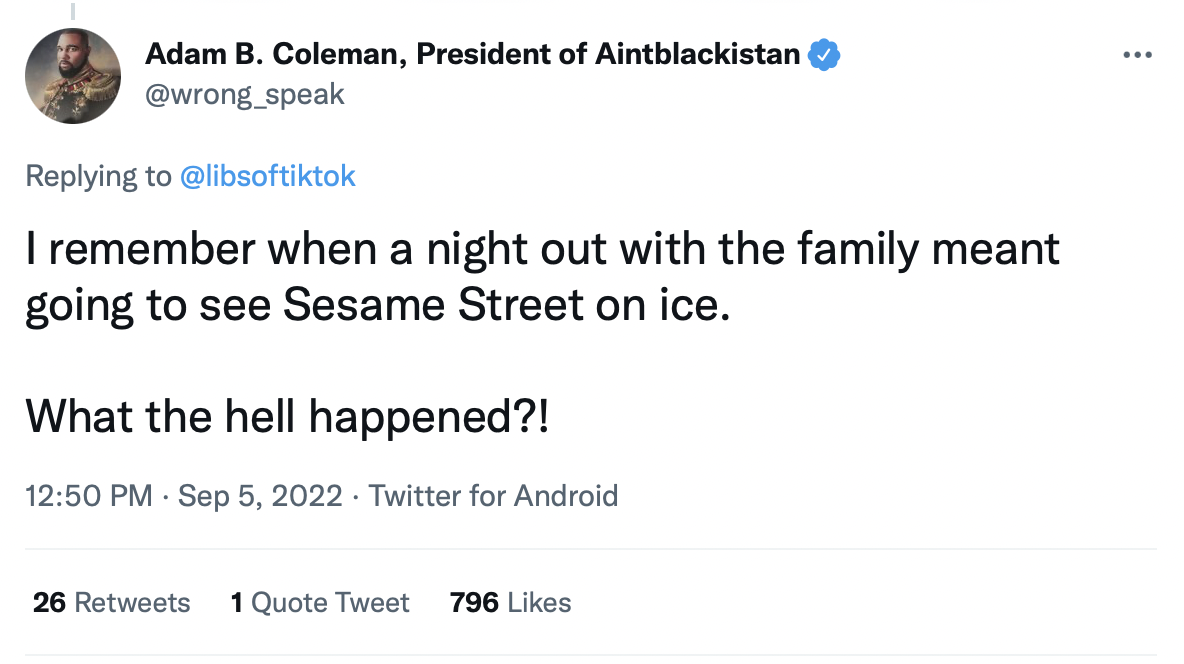 Minnesota Congressional candidate Shukri Abdirahman also brought up a great point on how off the wagon our world has become.

Thomas Stevenson, BYU senior and co-founder of  BYU Conservatives, told Post Millennial that the event “shouldn’t be at a public park” and called it a “social contagion with gender dysphoria.”

Protestors who showed up to the event were met by a group of so-called “angels” who stood in white sheets and created a “shield” between the protestors and all the leg-spreading performers.

Ah, yes. We must protect pedophiles at all costs.

Though this disturbing and demonic event is still shocking in its display, it isn’t surprising. This is exactly the content that the left's woke mob wants to promote and it's not going to stop until people stop being brainwashed by the true root of things like this: evil.

Nancy Pelosi, who the media love to uphold as a "devout Catholic," says it's "sinful" to restrict access to abortion. pic.twitter.com/qKTGQGaut6