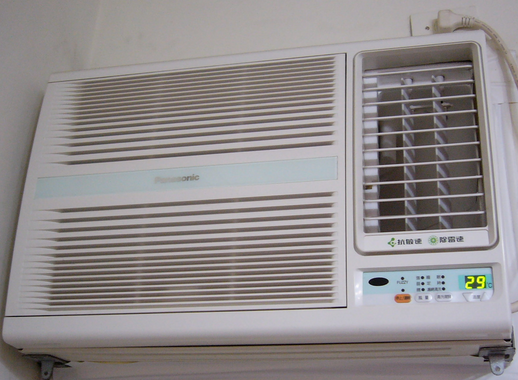 Feminist writers across the Internet have unearthed the latest conspiracy against women: office air conditioning.

The Washington Post published an “investigation” of the “sexism” of air conditioning. The author, Petula Dvorak, spoke to an array of women who felt as if their offices were too cold; meanwhile, the men did not feel uncomfortable.

To convince managers to do away with the “sexist” air conditioning and increase office temperatures, Dvorak drew on scientific research conducted by Alan Hedge, a professor of design and environmental analysis at Cornell University. Hedge found that increasing office temperature from 68 degrees to 77 degrees decreased typos by 44 percent and increased productivity by 150 percent.

The main point of the article, however, was to point out air conditioning is part of the “overbearing patriarchy”: 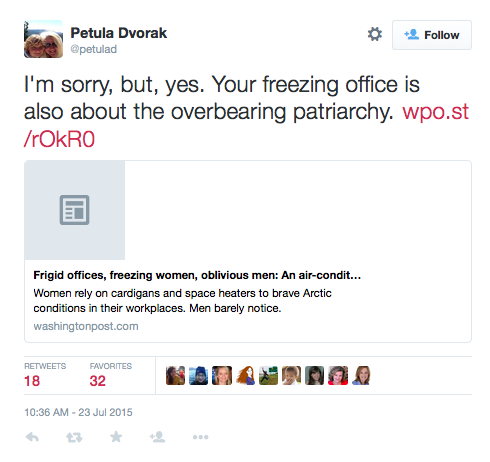 After the initial Washington Post story went live, other news sourced jumped on the bandwagon to decry the cooling method as sexist.

The Chicago Tribune republished the article in its entirety. Jezebel asked, “Is Office Air Conditioning a Sexist Conspiracy?” The Telegraph joined in by publishing a piece of its own, “Air conditioning in your office is sexist. True story.”

Radhika Sanghani, the writer behind the Telegraph article, drew from her own personal experiences and interactions on Twitter. She applauded Dvorak’s article, writing, “Finally someone is acknowledging that AC hell is not a figment of our imaginations, but is actually a form of sexism.”

According to Sanghani, “It’s really about time we had this conversation.”

In a follow-up article on the air conditioning debate, Dvorak addressed her male detractors by claiming, “It think it’s pretty reasonable to assume that men control the temperature around them to keep them comfortable in the business attire they feel bound to wear.”

Dvorak suggested men should “step up and rage against the jackets and ties constricting your lives and leaving us shivering all summer.”