Flashback: Obama Says Carrier Jobs 'Are Not Coming Back' 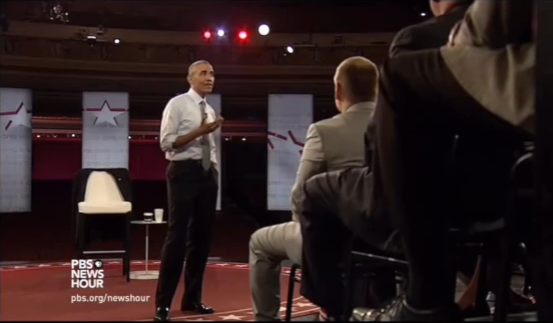 President-elect Donald Trump and Vice President-elect Mike Pence just finished a rally in Indiana celebrating their successful negotiations with Carrier to keep over 1,100 jobs in the United States. Carrier announced back in February that it would be moving production plants to Monterrey, Mexico, putting many people out of work.

The moment naturally calls for a flashback of a statement made by President Obama at a town hall during the 2016 presidential campaign. Eric Cottonham, a Carrier employee concerned about his job, asked Obama, “What’s next? I mean what can we look forward to in the future as far as jobs, employment, whatever. Because all of our jobs just left, or are in the process of leaving, sir.”

After claiming that more manufacturing jobs have been created during his term than “any time since the 1990’s,” President Obama said:

It seems President-elect Trump has proven President Obama wrong, and he hasn’t even been sworn in yet.