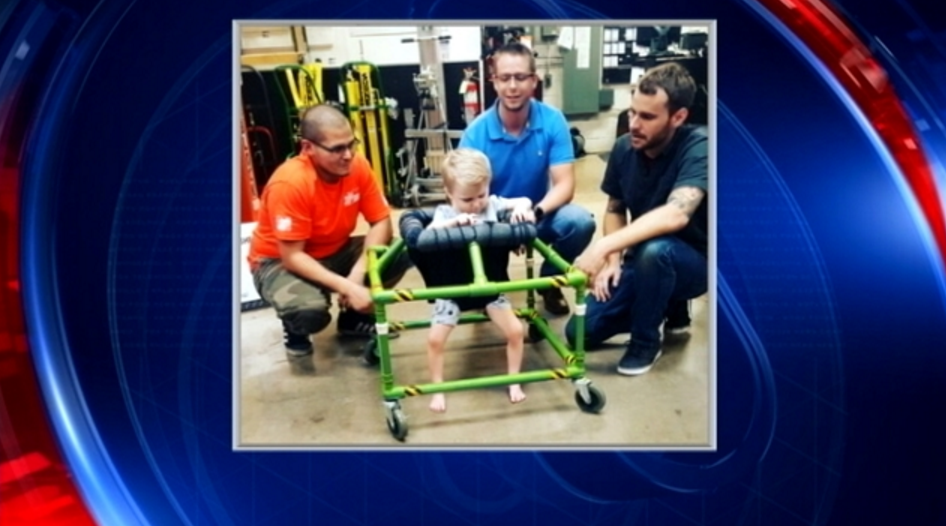 Employees at a Home Depot in north Texas helped make life a little easier for a two-year-old boy with special needs.

His grandfather sought to build Silus a custom walker since regular walkers are too small for the growing boy. He went to the Home Depot in North Richland Hills for tools and supplies.

When assistant manager Matthew Spencer approached Silus’ grandfather and learned about the boy's disease, he called on his tool rental supervisor Eric Bindel and tool technician Chris Wright to help craft a walker for the family.

Both Bindel and Wright have two-year-old sons and dove right into the project free of charge.

"I have a 2-year-old of my own and so does Chris,” said Bindel. “I just dove right into it and said just drop it right there, give us his dimensions and we'll get everything going for you and build it for free."

Wright, credited as the “genius” behind the project, worked on the walker for three days straight, including his day off.

“I used the foam around the edges to make it soft, rope to secure the seat," Wright told the station. “Reflective tape on it to kind of help it stand out if they're out in public or something so that way you can see him.” 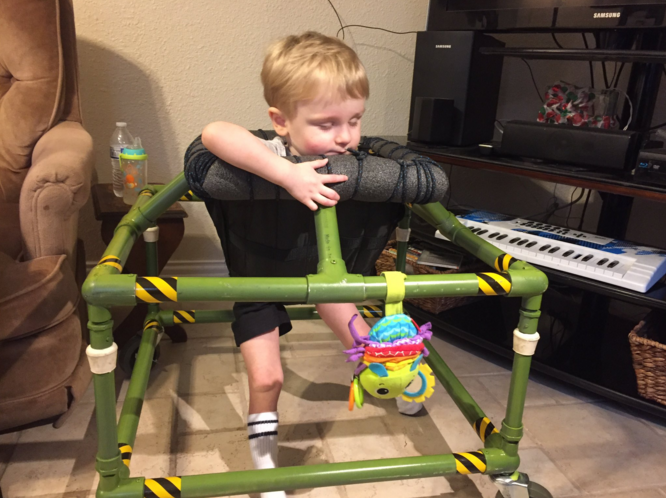 "As soon as we put him in there, it was just really cool,” Bindel told Fox 4. “He started feeling around on it. You could tell he was happy. He was excited, basically. He started laughing and then started using his little feet to push himself backwards. I had a big smile. Everybody had a big smile, maybe a couple little tears here and there.”

Silus’ mother Jessica Johnson was grateful to the good Samaritans at Home Depot for going above and beyond for her son.

“We need to recognize these gentlemen who put their heart and hard work into making this for my son,” said Johnson. "I've prayed for them that God could bless their families because they've definitely blessed ours.”

The walker is made out of PVC pipe and other materials, including metal broom handle prices on all four corners that extend.

“So as Silus grows, the walker can grow with him,” writes Fox 4.