Today, the foreign-born population is already at an all-time high of 42.4 million. Measured as a percentage of total national population, it is set to soon surpass the highest levels ever recorded and continue rising to new unseen records every year and decade to follow.

Left unchecked, immigrants will increase by the equivalent of the population of the city of Los Angeles - every three years.

Produced by the Senate Subcommittee on Immigration and The National Interest using Census data, the chart below details the growth in U.S. immigrant population since 1880 and Census projections through 2060.

Subcommittee Chair Sen. Sessions (R-Ala.) warns that this continued growth in immigration will suppress wages because more Americans will be competing for a smaller number of jobs as automation and outsourcing reduce the demand for workers. To protect Americans' ability to find well-paying jobs, Sessions is calling for Congress to reduce U.S. visa allocations. 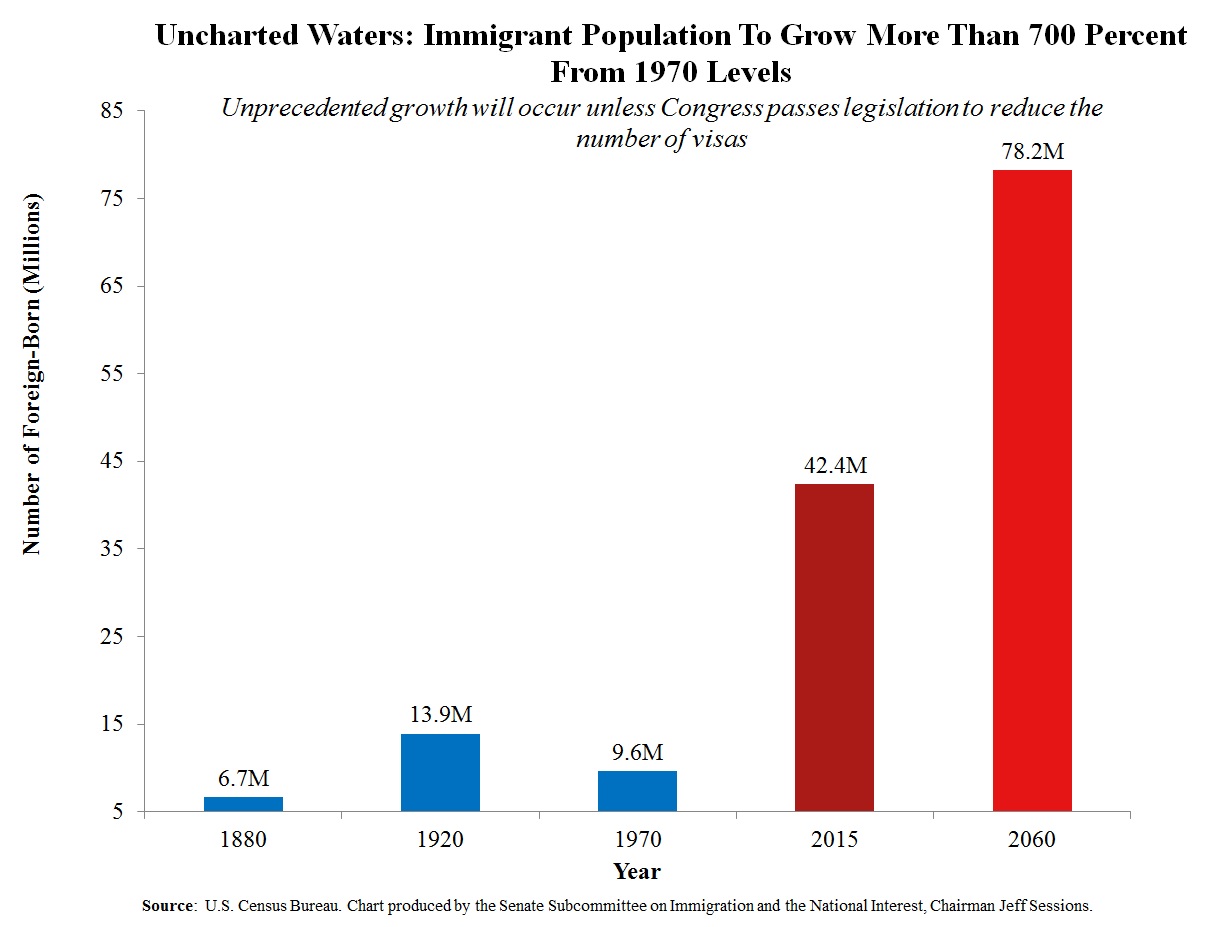