Kobe Bryant: I Would Be Protesting During Anthem If Still In NBA

Former NBA player Kobe Bryant tells “The Undefeated” that if he were still playing, we would be taking a knee during the national anthem.

“I would have participated in it for sure,” Bryant says when asked about the protests that started in the NFL with Colin Kaepernick.

"I'm sure I would have gotten some flak for it. That's fine. I think that Colin's message was a very simple one. It was police brutality needs to stop. We need to take a look at that," Bryant said. 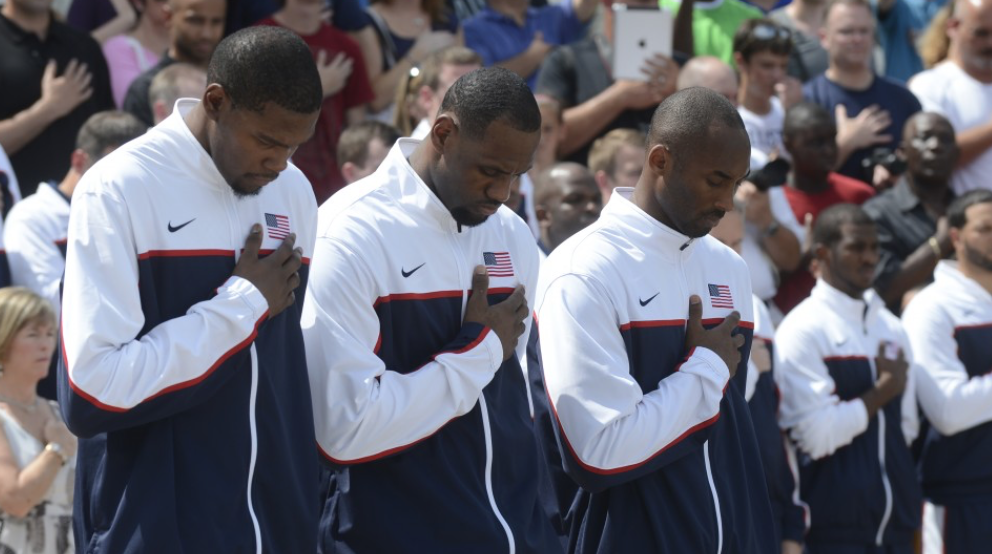 (Not taking a knee - Kevin Durant, LeBron James and Kobe Bryant render honors at the of the Tomb of the Unknown Solider in Arlington National Cemetery, July 15, 2012. DOD photo)

Of course, Bryant isn’t playing - so he will be taking a protest knee on the court about as often as he scores on this issue. Zero.