The Left Makes the Las Vegas Shooting All About Gun Control, Race and Trump

In the wake of the overnight tragedy in Las Vegas, where a "lone wolf" gunman opened fire on a crowd of people attending a country music festival, some on the Left didn't waste any time politicizing this horrific event.

Failed Democratic presidential nominee Hillary Clinton tweeted more than once about the need to combat the National Rifle Association (NRA):

People are just waking up on the West Coast to the news of this tragedy, and Clinton feels the need to point out that the NRA is the problem.

Not to be outdone, far-Left liberal radical Keith Olbermann used the tragedy as another opportunity to denigrate President Trump as "not a human being": 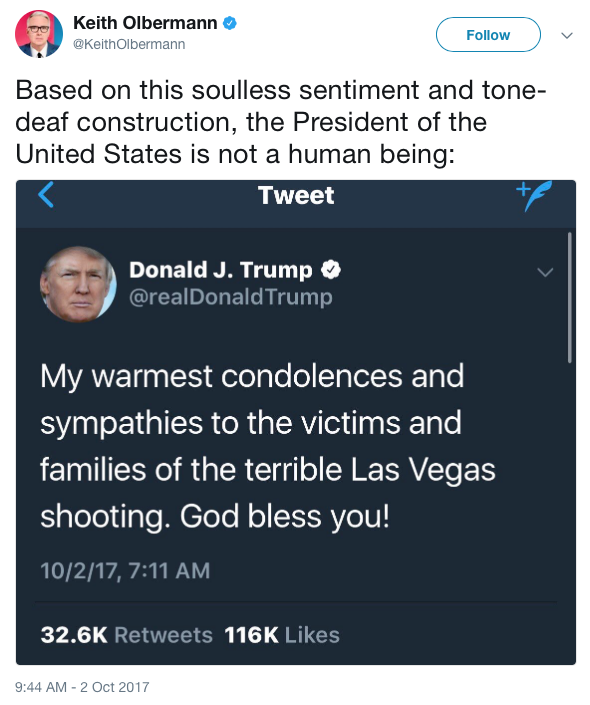 This is even more sick, but we really shouldn't expect anything less from a serial sociopath like Olbermann.

Sen. Elizabeth "Fauxcahontas" Warren decided to focus on gun violence -- since the gun clearly used shooter Stephen Paddock, and not the other way around:

Right, because the gun is the perpetrator in this heinous situation, not the nutjob who carried out the attack.

Don't think that radical liberal columnist and race baiter Shaun King didn't use this tragedy as a way to promote racial division: 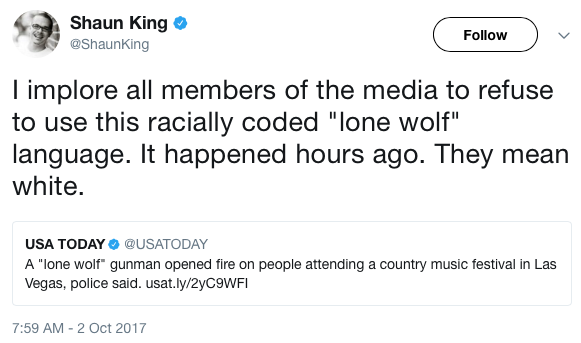 Keep up the divisive work, liberals. Because the focus here should obviously be on your political ideology.