At least one leftist has lent credibility to conservatives’ worry that this weeks’ SCOTUS leak would put Supreme Court justices in physical danger as rabid pro-abortion activists rage against the possible loss of legalized infanticide.

Simon Gwynn, a freelance copy editor who has fewer than 2,000 followers on Twitter, yet somehow possesses Twitter’s coveted “blue check-mark” verifying a person of note, openly suggested that someone try to murder conservative justices Samuel Alito and Clarence Thomas.

In a now-deleted tweet, Gwynn, who previously worked for a marketing group called "Campaign" (but whose author page now cannot be found), implied that someone with nothing to lose, such as a person with a fatal illness, would be saving sav[ing] many women’s lives” by killing the two justices.

“Interesting real life trolley problem in America right now,” Gwynn began. “If you had the chance to kill Clarence Thomas and Samuel Alito, the two oldest right wing Supreme Court judges, should you do it while Biden can get his nominees to replace them confirmed?”

“It’s interesting as an abstract question but becomes a real conundrum if, say, you’re terminally ill and have little to lose yourself, but know that it could save many women’s lives in the future," he continued. 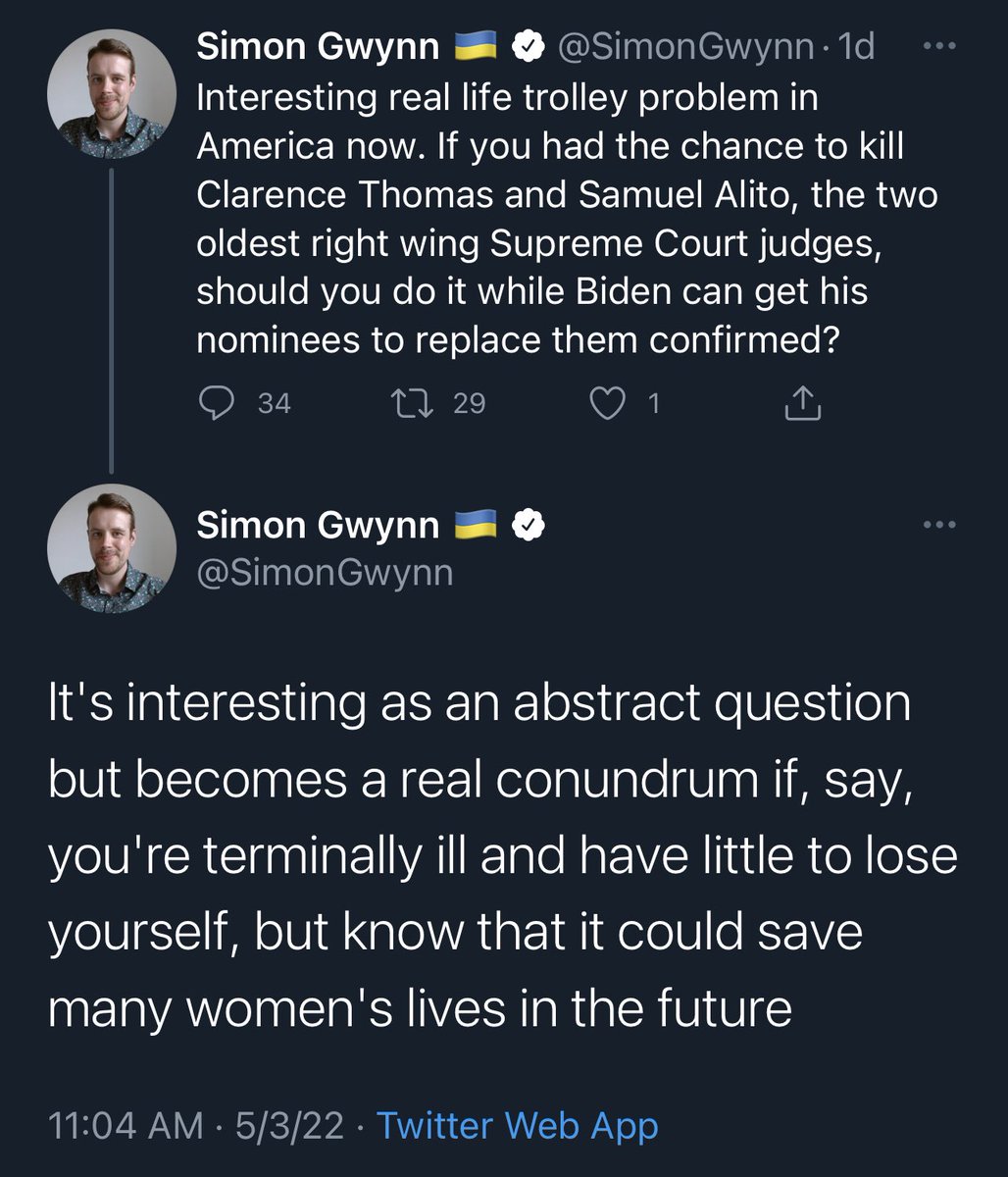 While law enforcement has been decidedly mum on whether they’ve ramped up security measures for the nine current Supreme Court justices following the leak, a barricade has already been erected around the Supreme Court building in Washington, D.C. against increasingly irate protesters. Sen. John Cornyn has also introduced a bill to increase security measures for SCOTUS members after a leftist group published a map of conservative justices’ homes and organized protests outside their residences.

Though the left's open threats of violence against right-leaning justices is cause for concern, their disregard for the lives of people who may disagree with them is barely of note - after all, they've already shown themselves perfectly fine with the poisoning and dismemberment of living human infants, so what are a couple of judges on top of the bodies of millions of children?