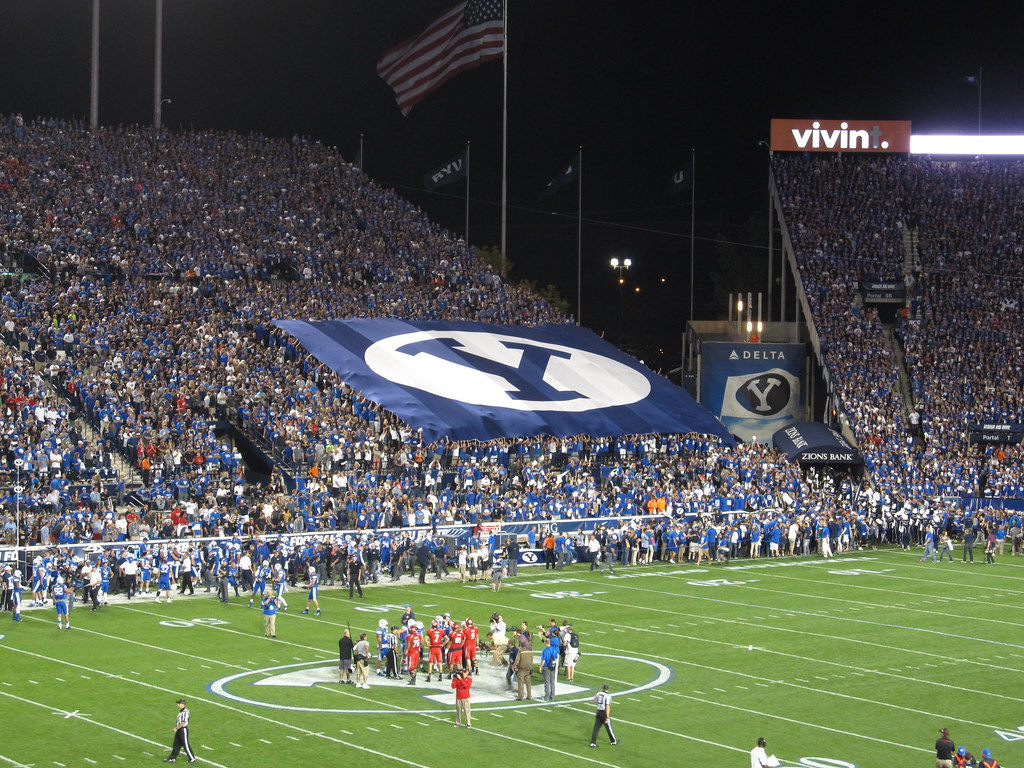 A group of nearly 30 LGBT advocacy groups penned a letter to Big 12 Commissioner Bob Bowlsby Monday, urging the conference to deny Brigham Young University's bid to join the conference because of BYU's "homophobic, biphobic and transphobic policies and practices."

Bowlsby has recently been exploring how to expand the conference to 12 or 14 teams, and BYU was immediately considered a front-runner for a spot. However, Athlete Ally, the nonprofit spearheading the petition, argues that BYU's honor code and other policies are inconsistent with the Big 12's message of inclusivity:

The letter goes on to say, "BYU’s anti-LGBT policies violate both Big 12 guidelines and NCAA guidelines. [...] BYU is not in compliance with Title IX. As such, it not only violates NCAA’s membership guidelines, but it also violates the Big 12’s commitment to gender equity."

BYU is operated by the Church of Jesus Christ of Latter-day Saints, and as such, its students and faculty are required to agree to the Church Educational System Honor Code. The Honor Code requires all students to "live a chaste and virtuous life," and includes this section on homosexual behavior:

One's stated same-gender attraction is not an Honor Code issue. However, the Honor Code requires all members of the university community to manifest a strict commitment to the law of chastity. Homosexual behavior is inappropriate and violates the Honor Code. Homosexual behavior includes not only sexual relations between members of the same sex, but all forms of physical intimacy that give expression to homosexual feelings.

The honor code's guidelines regarding chastity have been in place for decades, and have never affected BYU's eligibility to participate in NCAA competition. In fact, the school has cracked down on pre-marital intercourse of any kind in the past, the most prominent example being the 2011 dismissal of basketball player Brandon Davies after he admitted to having sex with his girlfriend. It seems only natural that LGBT students attending BYU would be held to the same standard.

School spokeswoman Carri Jenkins said in a statement, "BYU welcomes as full members of the university community all whose conduct meets university standards. We are very clear and open about our honor code, which all students understand and commit to when they apply for admission. One's stated sexual orientation is not an issue."

Bowlsby refused to comment on Athlete Ally's letter, but BYU athletic director Tom Holmoe has previously said that he is prepared to answer any questions the Big 12 might have regarding the school's religious affiliation.