When you hear terms for people like "woke" or "activist," you know that you're going to be playing at an intellectual and substantive informational advantage when engaging with them. Two things that you have to look out for when interacting or reading about these people is the severe hypocrisy and projection they employ in formulating whatever they consider to be an argument.

Case in point is activist Chicago Mayor Lori Lightfoot. While appearing statistically and literally incompetent, Lightfoot is part of the "LGBTQ+ community, and if you cross her, the Alphabet Mafia won't be far behind in defense of a woman that is routinely indefenseable.

I mean, this is the same person who once discriminated against white journalists because she felt they were too tough on her. No joke.

Fast forward to current day, and Lightfoot has struck her activist match once again, inciting others to confrontation - possibly violent - towards the Supreme Court of the United States (SCOTUS). Well, not all of them, just the ones she disagrees with.

Monday night, Lighftoot sent out a tweet saying that the highest court in the land will be targeting the "LGBTQ+ community...next." But the mayor also told her followers that this situation that she made up in her head is now a "call to arms."

To my friends in the LGBTQ+ community—the Supreme Court is coming for us next. This moment has to be a call to arms.

Lightfoot followed up that tweet by doubling down on her violent rhetoric.

We will not surrender our rights without a fight—a fight to victory!

Now, of course, Lightfoot is probably being hyperbolic, because who in their right mind would fear a physical confrontation with this... 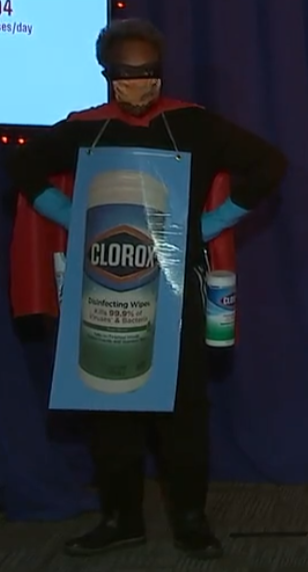 All kidding aside, I'm just playing the left's game. Had some Republican, conservative, Libertarian or whoever else not far-left said the things Lightfoot tweeted, there'd already be investigations underway by the DOJ, Capitol Police, FBI and CIA.

But here we are once again, witnessing the Alphabet Mafia trying to hijack a story that isn't about them.

The leaked SCOTUS draft opinion on abortion set the leftist media on fire, and their meltdown was as hilarious as it was insane. pic.twitter.com/m3pSYdXOpM