LOOK: Journalist Issues Apology After Receiving Backlash for Posting This Picture of the President

An ABC journalist on Wednesday issued a long apology after receiving backlash for posting on Twitter the following picture of President Trump at the White House Christmas tree lighting ceremony: 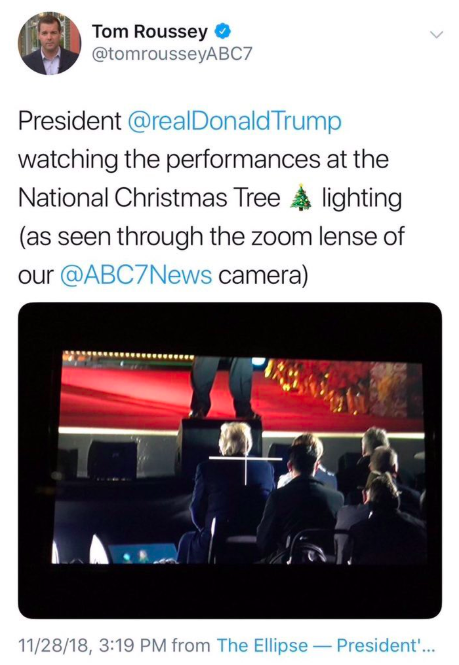 The picture shared by ABC 7 reporter Tom Roussey was a picture taken of the LCD screen on a TV camera, with the camera’s crosshairs centered on President Trump’s back as he sat watching performances at the ceremony.

Twitter users erupted at the sight of the photo, interpreting the crosshairs as those used by a sniper to focus on his target. 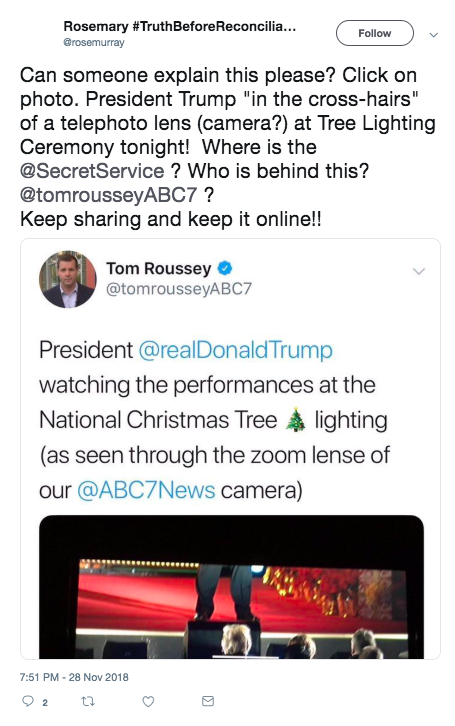 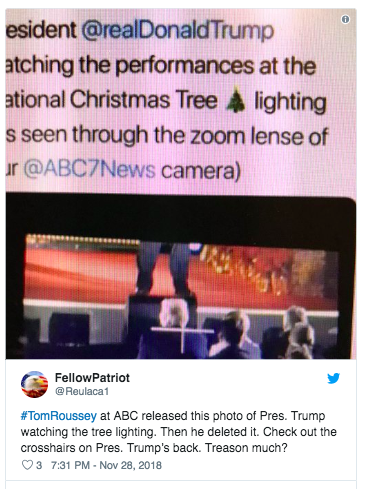 Roussey deleted the tweet amid the backlash and issued an apology explaining what happened: 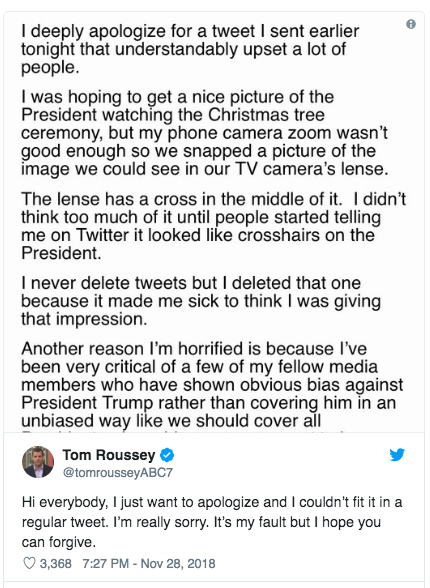 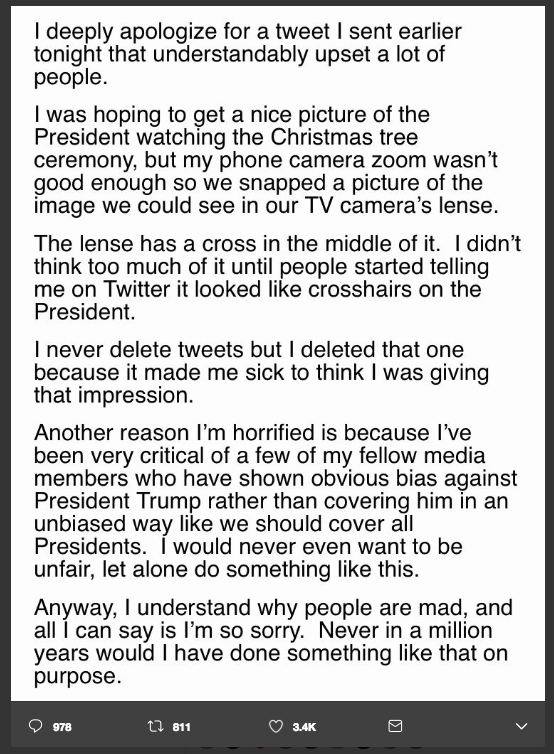 The uproar was likely a product of speculation over an attempt on President Trump’s life that night.

Photos were circulated Wednesday evening showing a red dot on his body as he spoke behind bulletproof glass at the ceremony. It was also reported that Trump left the ceremony early and without notice. 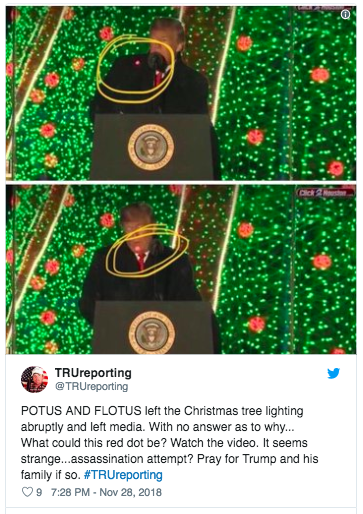 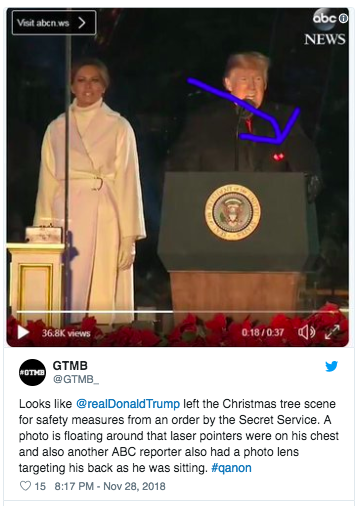 While the photos and screenshots were not authenticated online, MRCTV watched video of the ceremony and confirmed that a laser-like red dot repeatedly showed up on Trump’s chest, neck and face during his remarks. You can watch video here:

Members of the press pool tweeted their outrage and said that they have yet to receive an explanation for the abrupt departure. 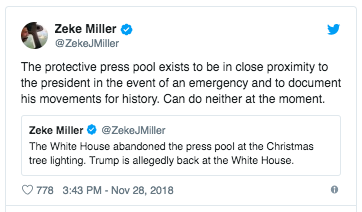 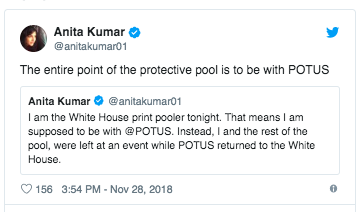 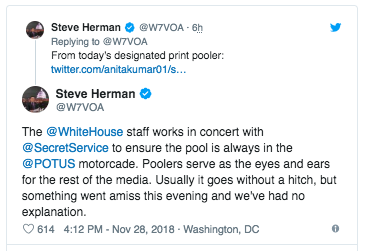 According to The Hill, “Olivier Knox, the White House Correspondents' Association (WHCA) president, said he looked into the situation, and concluded the incident was the result of a ‘logistical glitch.’ The White House initially did not provide an explanation for leaving the media behind, despite several questions from the press pool.”

Hopefully that's all it was.

Many actually came to Roussey's defense after he issued the apology.

One person said that it is a "shame we live in a world where people automatically assume the worst to the point you would need to apologize for something you did not intend." Another applauded him for being the "first journalist to take personal responsibility for your actions without making excuses or blaming others."