While everybody was rightfully calling out the underreporting of nursing home deaths by the administration of former New York Gov. Andrew Cuomo (D), Michigan also was employing similar tactics. Now, a new report is shedding light on how much that state underreported their numbers as well.

According to the report by Michigan’s Office of Auditor General (OAG), which is being disputed by the Michigan Department of Health and Human Services (MDHHS), they “identified 8,061 total COVID-19 deaths linked to a [Long Term Care (LTC)] facility,” which is the number the report stated the state was responsible for.

The problem is that the number of deaths reported above is 2,386 more deaths than were reported previously, or about 30 percent. 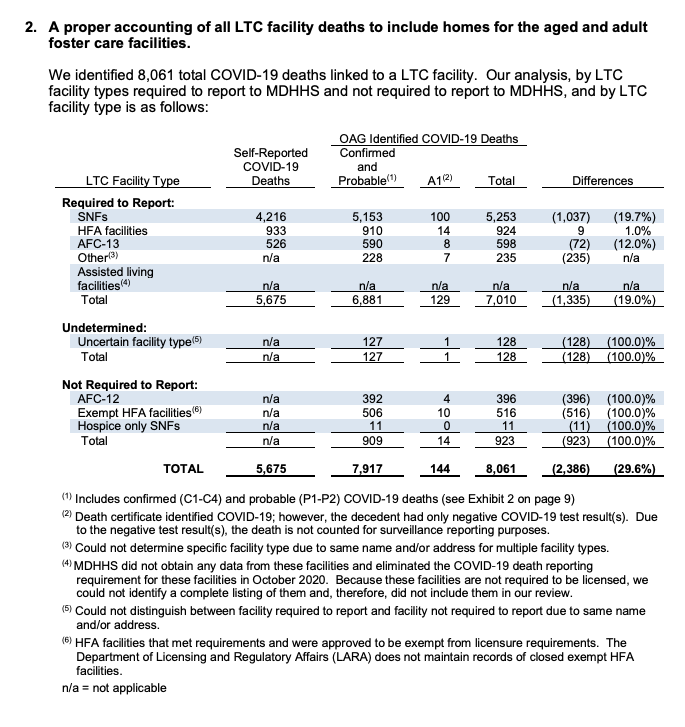 The spread between the two figures is actually 42%, but the auditor’s report spent several pages explaining why the state’s responsibility for undercounting was 30%.[…]

The report states that the state health department's official count and the auditor general's findings are 29.6% The MDHHS disputed 1,511, or 63%, of the auditor's newly added deaths, stating that the data was not reliable.

So, playing devil’s advocate, let’s say that the MDHHS is right in their dispute of 1,511 of the 2,386 unreported deaths. How does polarizing Michigan Gov. Gretchen Whitmer’s (D) office explain the 875 deaths leftover?

They can’t, or they didn’t want to, which makes one think that the OAG report could very well be the true number.

It’s not like we haven’t seen this before from a state government attempting to hide their mistakes.

Nearly a year ago, a report by New York Attorney General Letitia James’ office released a report that claimed that Cuomo’s administration reporting, or lack thereof, of nursing home deaths resulting from poor COVID policies were underreported by as much as 50 percent.

The bombshell findings could push the current DOH tally of 8,711 deaths to more than 13,000, based on a survey of 62 nursing homes that found the state undercounted the fatalities there by an average of 56 percent.

It appears for Michiganders that this is the same story, it’s just affected their state now.