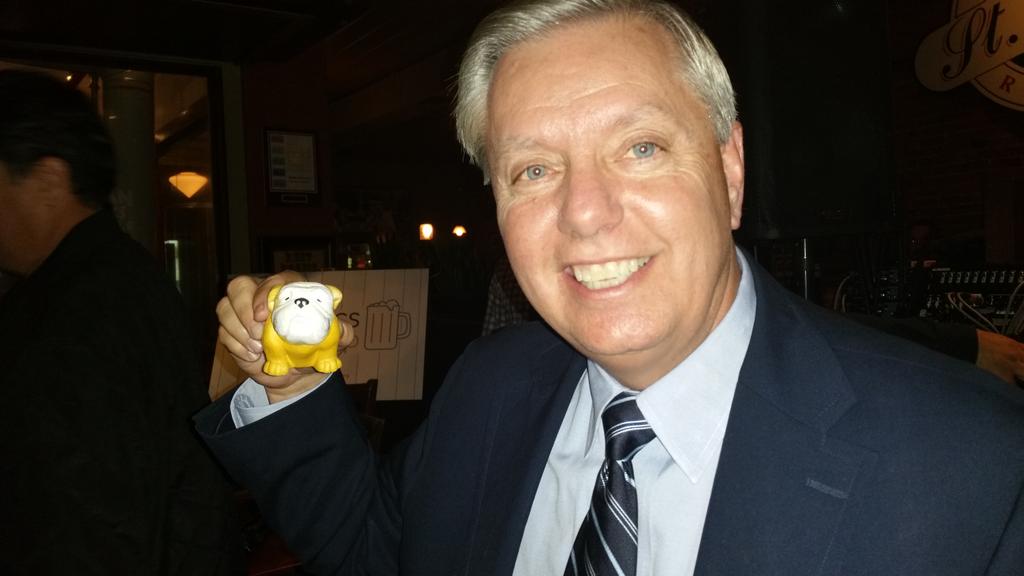 It looks like Sen. Lindsey Graham (R-S.C.) is getting an early start on a promise he made during the last Republican presidential debate, when he vowed, “If I'm President, we're going to drink more."

Less than 24 hours before the third GOP debate kicked off in Boulder, Colo., the presidential hopeful was spotted at a private media party hosted by CNN Tuesday night at a local brewery, pouring and throwing back a few drinks with members of the media -- and at least one adoring fan -- before sitting down for a casual on-camera chat with CNN anchorwoman Dana Bash.

MRCTV was there to capture the action: