One drag queen was one too many. Now they’ve gotta give us TWO!?

For “Dancing With The Stars” 31st season, history was made when a drag queen was cast. Somehow said drag queen made it to the finale episode where he danced with Gleb Schevancok who, for the finale, also dressed in drag.

Didn’t know I was going to see men in tights when I flipped on DWTS Monday evening. 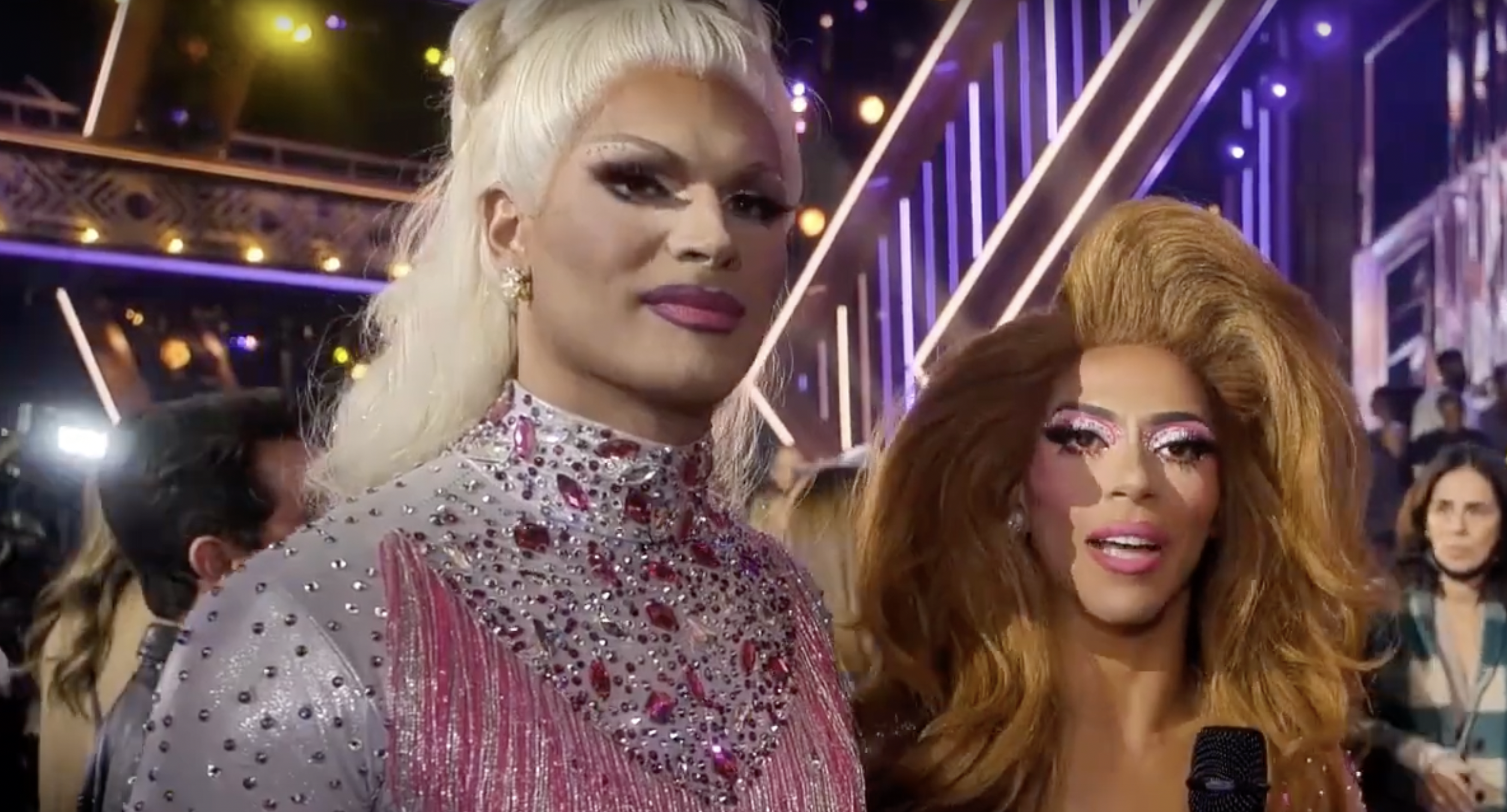 The male to male pair transformed into the shows first ever (and hopefully last ever) queen to queen pair. Savchenko danced in a white and pink sparkly bodysuit and looked like he was performing in the Broadway show “Cats.” He also had on a blonde wig, high heels and a full face of makeup. The pair danced on a mock set of “RuPaul’s Drag Race” Werk Room, and two other queens from that show joined in on the performance. Let's just say Gleb or as he was introduced, “Natasha,” was NOT a sight for sore eyes.

Even so, the judges virtue signaled with their remarks following the performance. Judge Len Goodman was flabbergasted (as was I) and commented, “For the first time in 31 seasons I forgot to vote because I was absolutely mesmerized by the whole thing." And Derek Hough said "We've never seen something like that on this show before. That was wild."

Wild it was indeed!

Another judge, Bruno Tonioli, said "I feel like I won the lottery. Shangela! Natasha! Two showstopping sensations for the price of one. What a show, what a finale, and you two are the crowning glory of this incredible season."

The queens of course received a perfect score.

Shangela used the opportunity on DWTS to exclaim that “drag belongs everywhere.”

I can name about a billion places where drag does NOT belong. For one, anywhere that children exist or have a place to be at.

Such as on Disney+.

But, as most of you know, DWTS airs on none other than Disney+. This isn’t something only accessible for adults. In fact, with it’s existence on Disney+, it serves as something to encourage kids to watch.

This performance and drag being “everywhere” is just another sick attempt by the left to create an army of woke progressivism.

The leftists on The View seriously said that if Jesus were around today he would be the "grand marshal of the Pride parade." pic.twitter.com/mvN6zZqwcc