Shaun King Thanks Antifa, Communists and Socialists Who 'Protected' Charlottesville 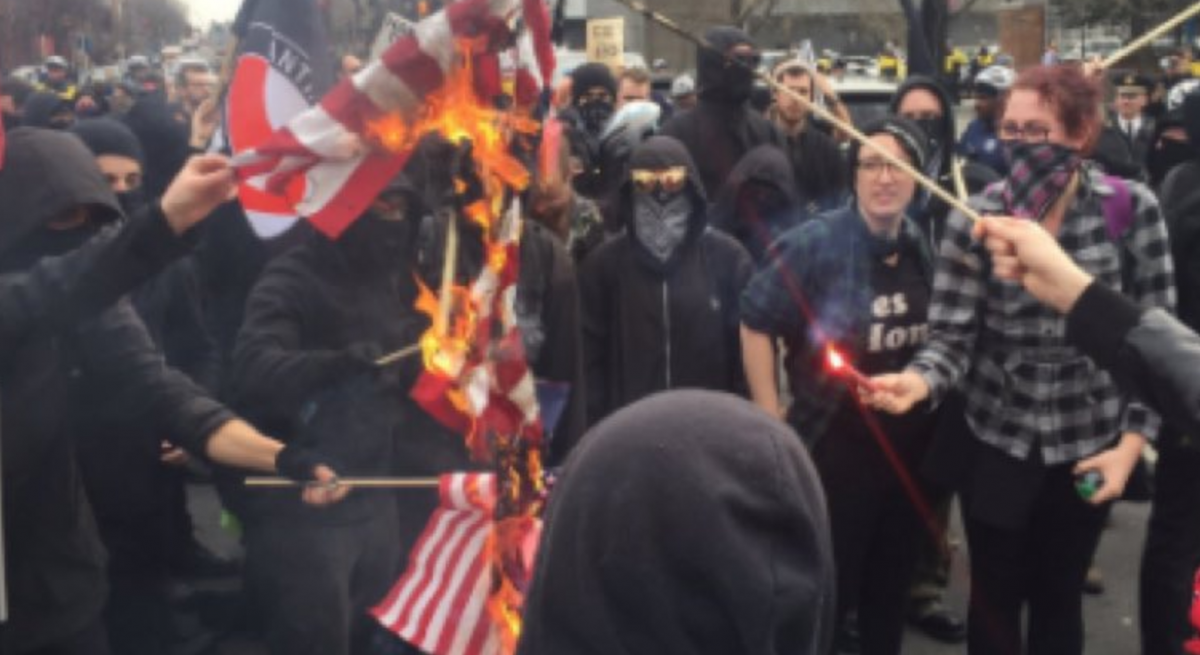 New York Post columnist, Black Lives Matter activist (and yet, to his dismay, still very much a white guy) Shaun King took to Facebook Thursday to publicly declare his support for Antifa, a left-wing extremist group best known for rioting in the streets and causing havoc while wearing masks.

Antifa, shorthand for Anti-fascist, is a loose group of crazy left-wingers who apparently believe the best way to fight against President Trump and dismantle “the state” is to burn cars and chuck trashcans through Starbucks windows, all while cowering behind bandana masks and black clothing after having apparently watched V for Vendetta just a few too many times. They’ve been known to attack Trump voters with bike locks, beat journalists, cause untold physical damage to buildings, businesses and vehicles, and generally seem to love mayhem without having a tangible goal.

Oh, and they really, really love burning American flags. For example, here's what happened when these inmates escaped the asylum in Washington, D.C. during Trump's inauguration:

Antifa was one of several left-wing extremist groups that clashed with neo-Nazi and white supremacist activists in Charlottesville last weekend in a violent feud that left one woman dead and drew the nation’s attention to vile extremist rhetoric spewed on both sides of the political aisle.

While some of the more sane members of the political left have distanced themselves from Antifa’s violent tactics (though not many, and not very publically), it looks like America’s very own Talcum X lacks the wisdom to know the difference between a just cause and a group of unemployed losers in knock-off combat boots.