The month of the gays is just around the corner and Target is gearing up and binding down on rainbow merchandise.

The LGBTQILMNOP crew has adopted June as their month of gay pride and Target is in full support. In preparation for gay month, Target just announced their partnership with two queer clothing brands in order to “rainbow-wash” the country. Ew.

The new Target collab is with TomboyX and Humankind and is set to be released towards the end of May, according to Bustle. It will feature compression tops, “a comfortable alternative to chest binders,” “packing underwear,” bras and boyshorts as well as swim trunks, tops and what they called “unisuits.” Not surprisingly, none of these outfits are tasteful. They all look like a rainbow unicorn barfed on them. 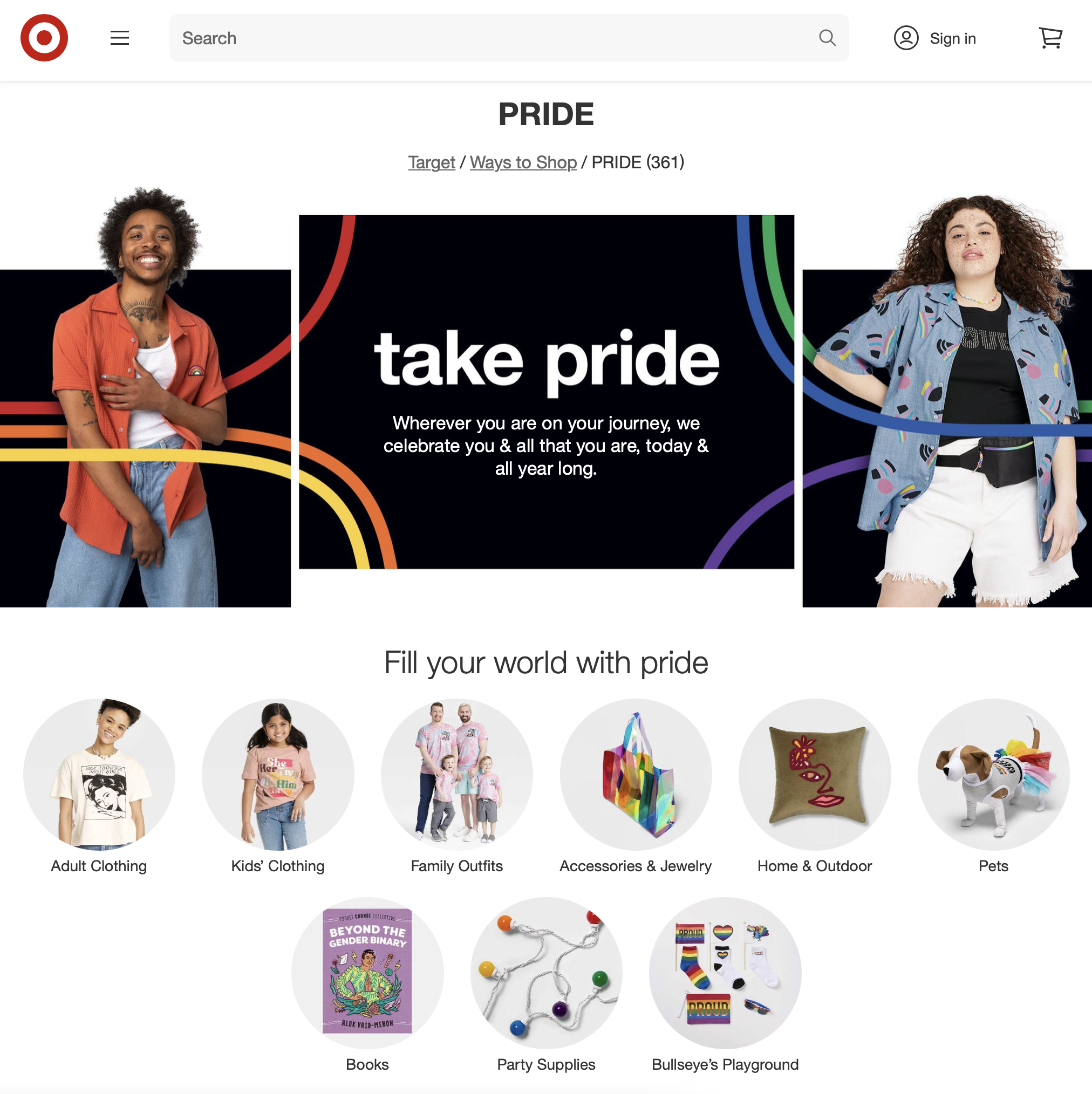 At the moment, Target’s site has 361 items listed with a simple search of the word “pride.” The site even features sub categories to help customers “fill your world with pride.” Listed at number two in those categories is kids’ clothing. Apparently it’s a big priority for Target to provide gay clothes for kids. Most notably is a baby onesie with the words “MY FIRST PRIDE” in rainbow letters. Make sure you get this if you are a birthing person. It is very important that newborn infants show off that they might be gay. 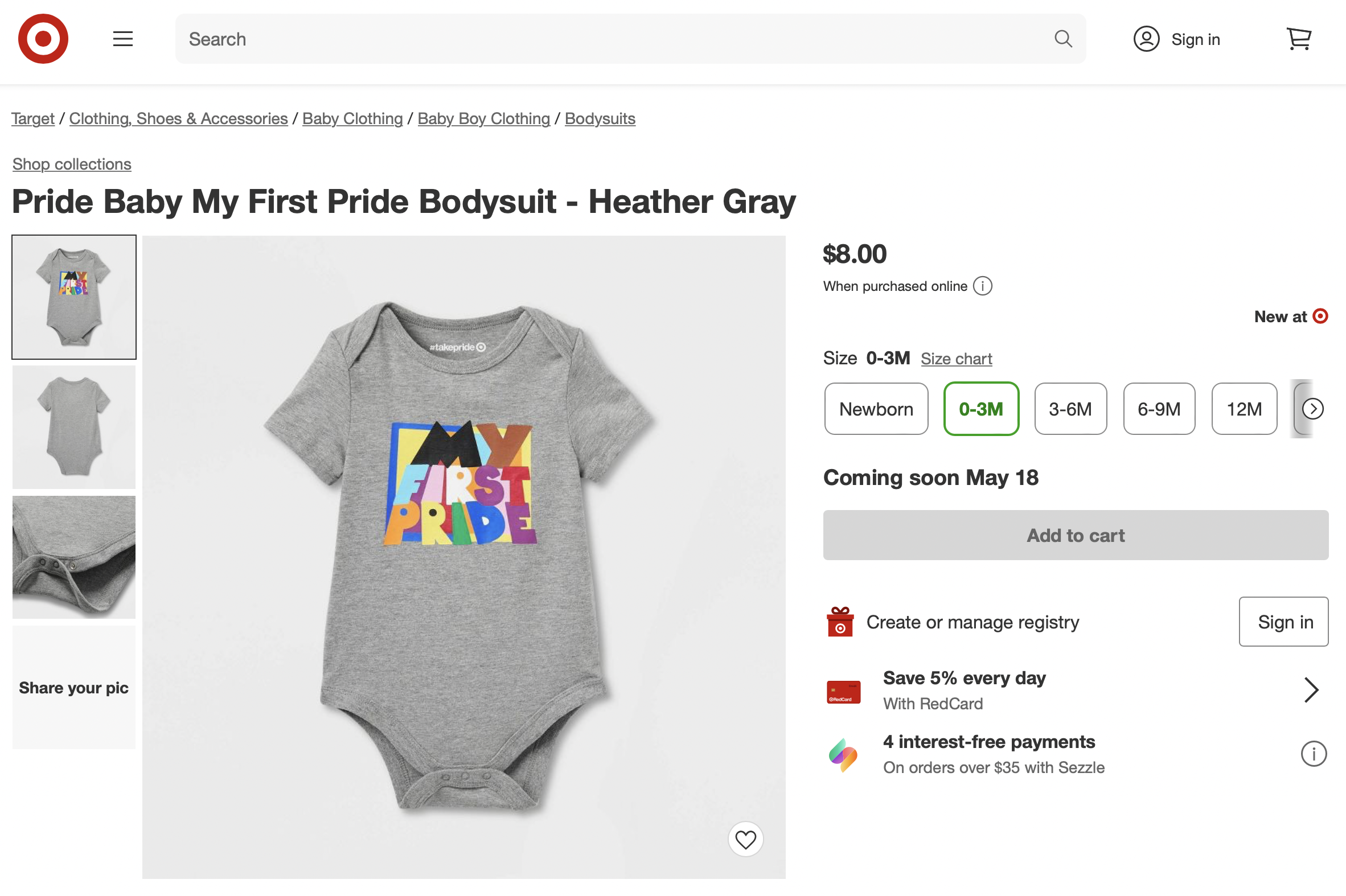 Target also features adult clothing, family outfits, accessories, home decor, books, and even pet clothes! Dogs can be transgender now too! Target's got "progressive" bowls, “Love is Love” rainbow pet costumes, and even a “Double Decker Cat Scratch House” with the words “Everyone Welcome,” blasted on all sides. The site really looks like something out of a Black Mirror episode and I can’t believe these products are actually for sale. 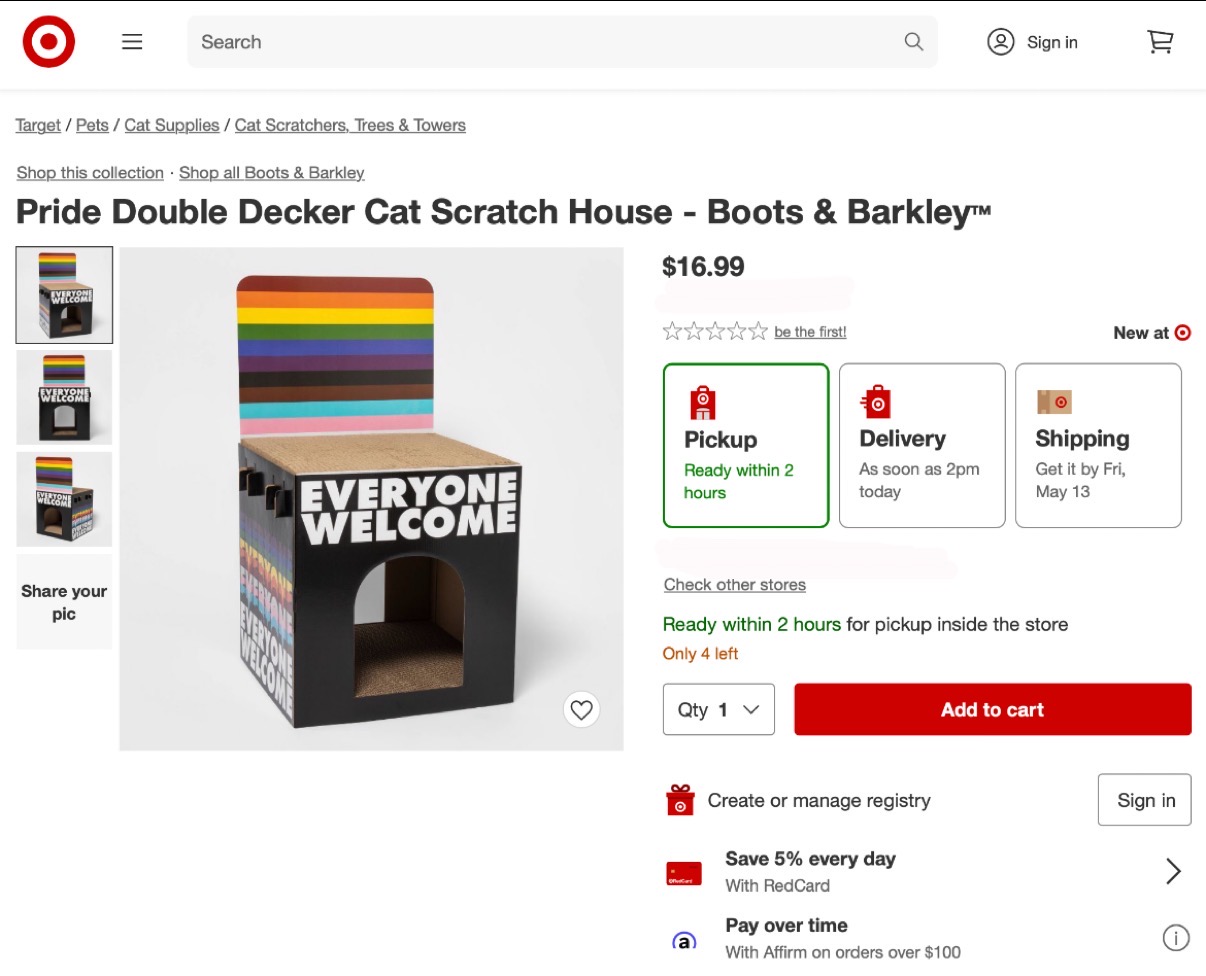 The new collab is listed on Target’s site as “A collab for every body” and encourages customers to “Explore our limited-time collections with TomboyX & Humankind, two beloved queer, female-founded brands that stand for inclusivity in every way.”

I didn’t think the cringe could get much worse. I stand corrected.

It’s interesting that the group that encourages being “seen” and “comfortable,”  is now selling tops that compress and bind certain body parts. Other than these clothes being undoubtedly uncomfortable, they also make these alphabet people very UNseen. Hopefully Target includes a warning label on these “binders” because apparently you can get tissue-related, respiratory, neurological, and musculoskeletal issues from wearing them. I won’t be visiting Target to find out though so I guess I’ll never know (I am very alright with that). 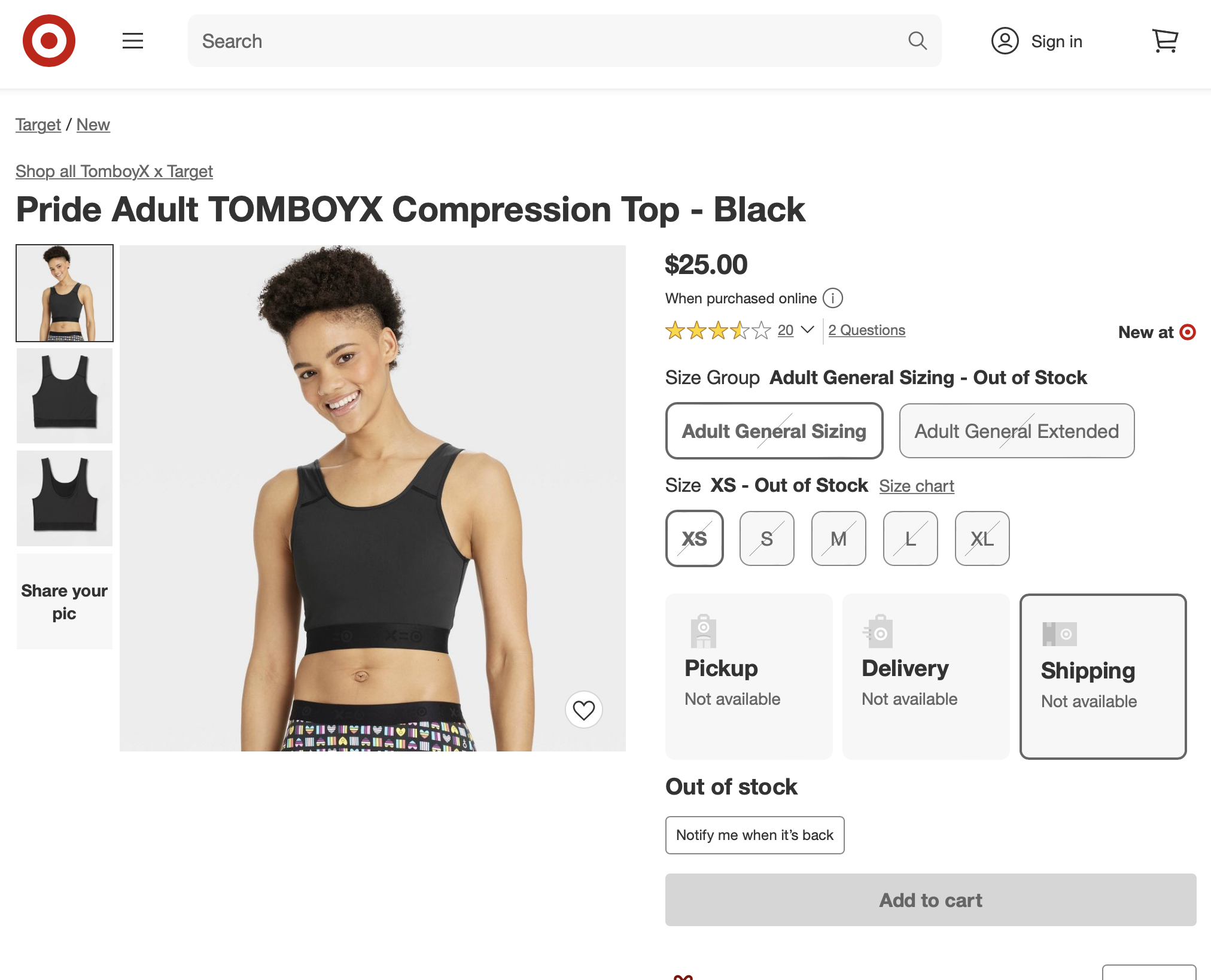 These items and this collab are just another attempt to appeal to the delusional left. Hopefully they’ll be on the clearance aisle within a week of the release.

.@pdoocy exposes Biden's fear-mongering: "Which state is trying to separate LGBTQ children in the classroom?" pic.twitter.com/JaArlY7TP3