Trevor Noah: Vote Democrat Because The KKK Supports the 'Other Side' 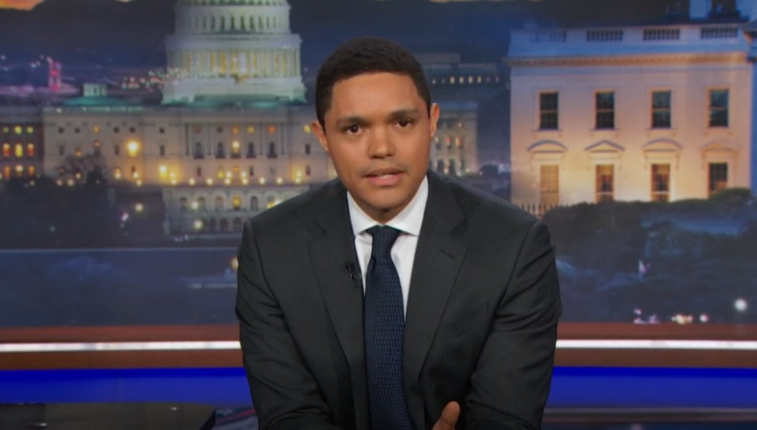 Oh, Trevor Noah. So misguided and full of hate-filled rhetoric. How adorable!

Well, Noah was at it yet again spewing his misinformed hate speech against all things not liberal.

Monday night ‘The Daily Show’ host gave an impassioned plea to those not thinking of voting, because so many have been so disenfranchised with the choices presented to them in this election. So in typical Noah fashion he noted how a hate group, the Ku Klux Klan (KKK), is firmly voting for Republican presidential nominee, Donald Trump.

“If there was any reason to vote it’s because on the other side the KKK sees an opportunity to come back into the mainstream,” Noah said.

Yep. Noah touted the KKK’s alleged support of Trump and lumped in Republican voters and conservatives with a racist group that has little to no influence over the modern voter. Have you seen anyone burning in neighborhoods across the country in the last couple decades? Really? Me neither.

Maybe I need to check my “white privilege,” which I’m not sure I even have since I can barely afford the rent, but who in the blue hell is Noah to use fear mongering to influence voters while people like him constantly accuse conservatives and the GOP of fear mongering?!

Look, there's nothing wrong with criticizing an opposing party, ideology or viewpoint. But if you’re being a complete hypocrite while doing it, then you just look stupid.

People have got to be sick and tired of being frightened into doing things. I know I am. Let people vote for who they are going to vote for. Things like Noah are comparable to all of those special little flowers that need a safe space or just plain shout you down because you hold an opposing viewpoint.

It’s simple. All you have to do is agree to disagree.

Noah's invoking the KKK in order to scare up votes against Trump doesn't look compassionate. It looks desperate.

Sidenote: there’s no problem with pointing out who is voting for who, or what group is supporting a certain candidate. But there is a huge problem when you encourage people to go out and vote when you can’t even vote yourself.

Oh by the way, during an interview on ‘The Daily Show’ in March, South African native Noah admitted to former presidential candidate, S.C. Sen. Lindsey Graham, that he in fact does not have a say in U.S. elections.

Graham asked Noah, “Are you a citizen?”

Graham posed the follow-up question, “Do you have a green card?”

There also no problem with encouraging people to vote. Actually, I encourage everyone to do their civic duty. But when you have someone with the dwindling influence of Noah and ‘The Daily Show’ telling you at the end of his monologue to vote “no matter what your choice is,” while in the rest of the segment to only vote one way, and he can’t even vote himself? That is a problem.

For video of Noah's monologue, watch below:

Election Day is here. Get out and vote. https://t.co/C5rqe8KTyt pic.twitter.com/BKHBkUjtn7