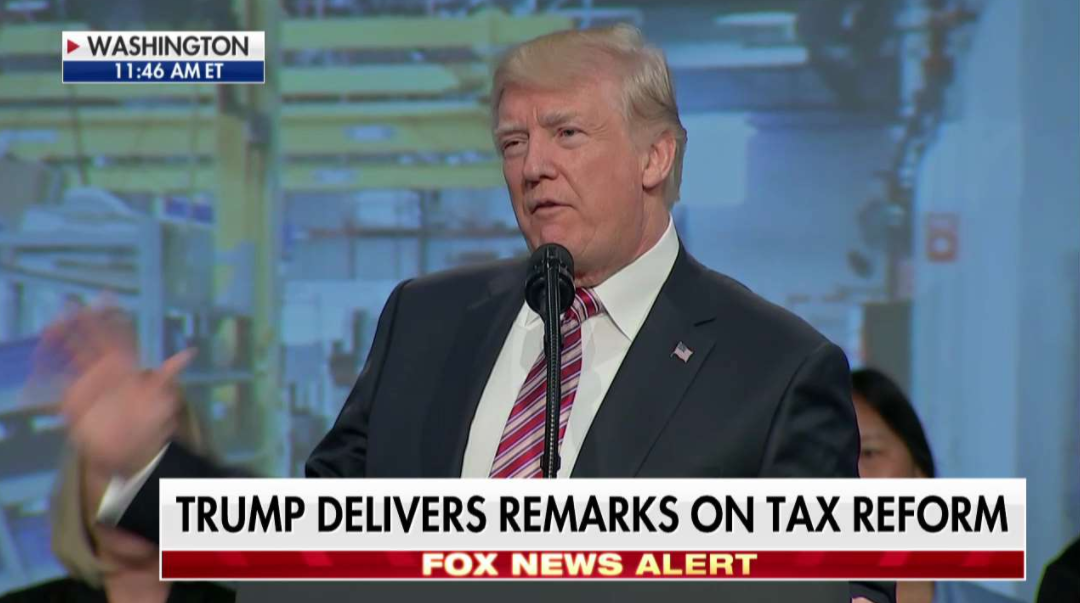 President Trump on Friday continued his push for tax reform in an address to the National Association of Manufacturing in Washington, D.C.

He said that his administration’s plan for tax reform will create millions of jobs, help bring back money overseas, and give American workers “a level playing field.”

"When our workers have a level playing field, no one – absolutely no one – can beat us,” said Trump.

He promised "a giant, beautiful, massive, the biggest ever in our country tax cut."

“At the very center of that plan is a giant, beautiful, massive, the biggest ever in our country tax cut,” he said.

President Trump insisted that “the middle class, not the highest earners” will benefit from his tax plan.

"We will cut taxes for everyday hardworking Americans and we're going to cut them substantially,” he said.

He said that his plan will cut the business tax from 35 percent “all the way down to 20 percent,” which he claims will help create more jobs.

"The biggest winners will be everyday working families as jobs start pouring into our country,” said Trump.

He added that his plan will “bring back our great American Dream.”

"This can be remembered as the moment we took control of our destiny and chose a future of American patriotism,” he said. “We will bring back our great American Dream."

President Trump to manufacturing group: "We believe in that beautiful, beautiful phrase that hasn't been used so much… 'Made in the USA'" pic.twitter.com/R4Q7YVtil9

The President launched the plan in a speech on Wednesday. The White House released a nine-page framework document for the plan, leaving the details to be filled out by Capitol Hill.