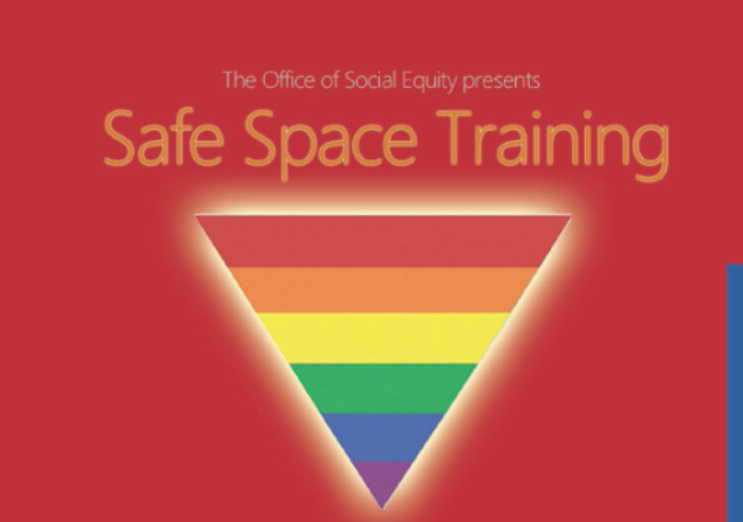 This training has been divided into 4 parts, and covers topics that include the following:

Part 1: The very basics of becoming an ally, the riddle scale of homophobia, and what it means to “come out”.

Part 2: Q and A on everything you wanted to ask but were afraid to. Stories of coming out will be shared by VSU faculty and staff. We ask that you take Part 1 before registering for Part 2.

Part 3 is absent from the spring 2016 program because Part 3 and Part 4 are offered during alternating semesters.

The website for Valdosta State’s previous Safe Space training program explains the point of the training is to “provide a way for supportive persons within the campus community to prominently identify themselves.”

According to the Office of Social Equity, “Unlike more visible under-represented groups, lesbian, gay, bisexual, and transgender (LGBT) persons cannot be readily identified. Likewise, there is no easy method of finding persons supportive of LGBT people.”

Therefore, after completing Part 1 of the course, participants receive a physical safe space symbol “to publicly show your support of the LGBT community.”

In addition to teaching the “Basics of becoming an Ally,” “Vocabulary and basic terms,” “What to say and what not to say,” and “Coming Out,” Part 1 of the training includes a lesson on the “Riddle Scale of Homophobia.”

The “homophobic levels of attitude” are:

According to an adaptation of the Riddle scale provided by the University of Alaska Southeast, the problem with tolerating homosexuality is that those who tolerate homosexuality believe homosexuals are “working through their adolescent behavior”:

Homosexuality is just a phase of adolescent development that many people go through and most people grow out of. Thus, gays/lesbians are less mature than heterosexuals and should be treated with the protectiveness and indulgence one uses with a child. Gays and lesbians should not be given positions of authority because they are still working through their adolescent behavior.

The alleged “homophobic” attitude exhibited by accepting homosexuality is that acceptance “implies there is something to accept”:

Still implies there is something to accept. Characterized by such statements as "you're not a lesbian, you're a person" or "what you do is your own business" or "it's fine with me, just don't flaunt it."

Work to safeguard the rights of lesbians and gays. People at this level may be uncomfortable themselves but they are aware of the homophobic climate and irrational unfairness.

Acknowledges that being gay/lesbian in our society takes strength. People at this level are willing to truly examine their homophobic attitudes, values, and behaviors.

Value the diversity of people and see gays/lesbians as a valid part of that diversity. These people are willing to combat homophobia in themselves and others.

Assumes that gay/lesbian people are indispensable in our society. They view gays/lesbians with genuine affection and delight, and are willing to be allies and advocates.

Through the adoption of physical logos, individuals at Valdosta State can show they don’t tolerate or accept homosexuality, but provide unconditional admiration, appreciation, and nurturance for all kinds of alternative sexualities.

Part 2 of the Safe Space program includes a “Q and A: 'Everything you wanted to ask but were afraid to.'” Part 4 goes “Beyond LGB into the TQIAP (what are all those letters?)” and provides “Trans and overall gender awareness” as well as teaching about “Queer, Intersex, Asexual, Pansexual…”

Completing Part 1 is “MANDATORY” before registering for the other parts of the Safe Space program.

Part 3, which will not be taught during the spring 2016 term, focuses on “Inclusive language and practice in the campus community” and “Straight talk about sexual health.”