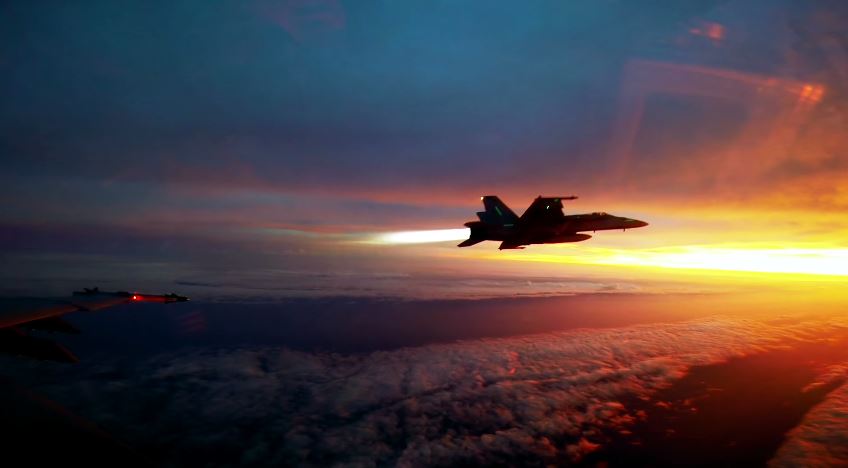 Strike Fighter Squadron 27 (VFA-27), also known as the "Royal Maces", are a United States Navy F/A-18E Super Hornet fighter squadron stationed at Naval Air Facility Atsugi. They call the USS George Washington home and are apart of carrier air wing five. They are known for their skilled flying capabilities that were also shown off in this video called  "Shoot 'Em If You Got 'Em" apart of a larger half hour compilation. Watch them train for night-time flying and engage targets with ease. Enjoy the flying from our skilled pilots in the United States Navy.