White House Press Secretary Karine Jean-Pierre called it “ridiculous” to compare her 2016 tweet alleging that Trump “stole” the presidential election to claims that Biden “stole” the election in 2020.

“You tweeted in 2016 that Trump stole an election,” Fox News’ Peter Doocy began, as Jean-Pierre began laughing and saying she “knew this [question] was coming.”

“So let’s be really clear: that comparison that you made is just ridiculous,” Jean-Pierre answered. “I was talking specifically at that time with what was happening with voting rights, and what was in danger of voting rights."

Doocy to KJP: You tweeted in 2016 that Trump stole an election...if denying election results is extreme now, why wasn't it then?

For those who may have missed it, here's what Jean-Pierre tweeted in 2016 regarding Trump's victory over Hillary Clinton, and what she fired off in 2019 after Stacy Abrams lost to Kemp in Georgia's gubernatorial election. 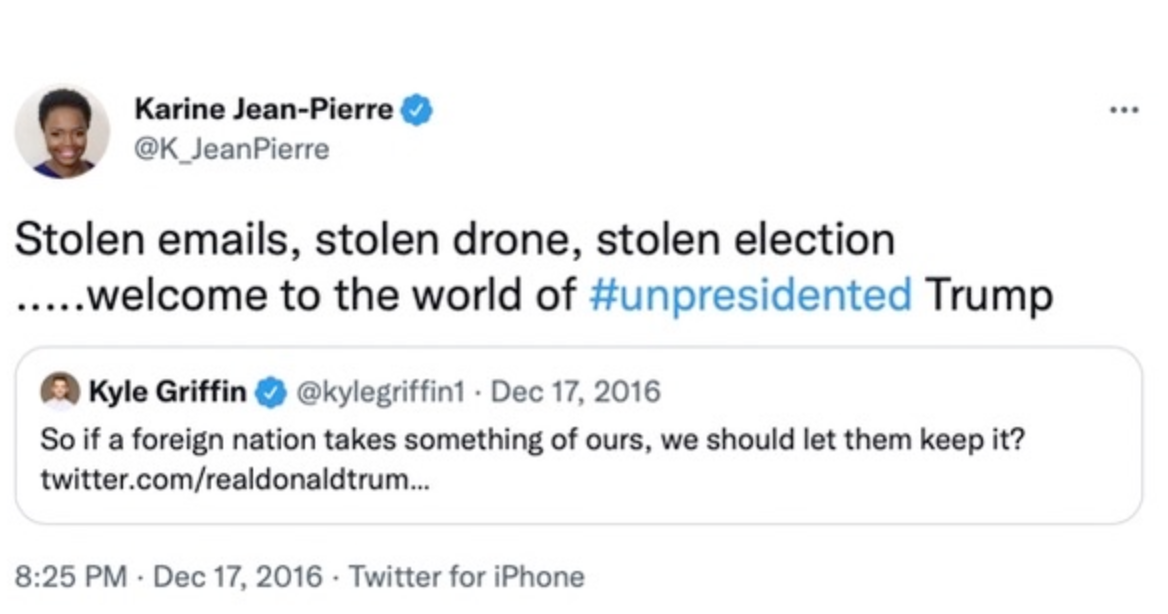 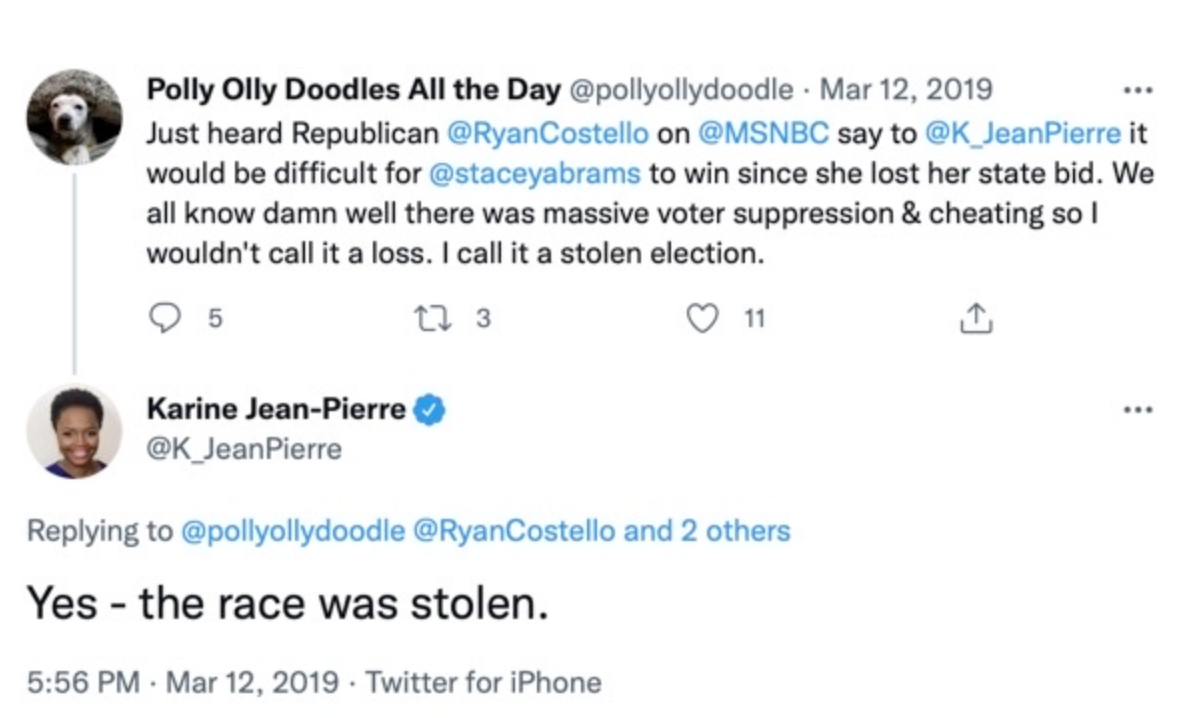 “So, if we're all in agreement that it is incorrect to say the 2020 election was stolen, what about the 2016 election?" Doocy pressed.

“I’m not gonna go back to what happened in 2016. We're gonna focus on the here and now," Jean-Pierre flatly responded.

Gosh, I can't imagine why.