Will Smith Backs Oscars Boycott: The Academy Is ‘Going the Wrong Direction' 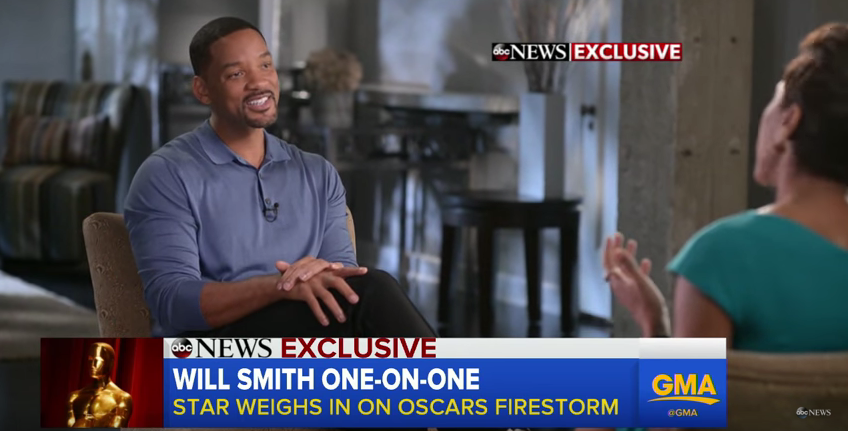 In an interview with ABC News on Thursday, actor Will Smith discussed the firestorm surrounding this year’s Academy Award nominations.

“When I see this list of nominations, everybody is fantastic!” said Smith. “And that’s the complexity of this issue.”

“Everyone is beautiful and deserving and is fantastic,” he continued, “but it feels like it’s going the wrong direction.”

Smith explained that he believes the Academy’s nominations and the outrage surrounding said nominations reflect “a series of challenges that we are having in our country at the moment.”

“The nominations reflect the Academy. The Academy reflects the industry -- reflects Hollywood. And then the industry reflects America. It reflects a series of challenges that we are having in our country at the moment,” said the Concussion actor.

Smith later noted that he and his wife Jada Pinkett Smith -- who just days ago published a video on Facebook calling on black actors and actresses to boycott the Oscars -- will not be attending the event.

"We've discussed it and we are part of this community, but at this current time, we're uncomfortable to stand there and say that this is O.K.," he said.

Check out the rest of Will Smith’s remarks below.