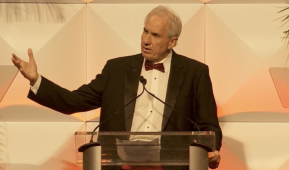 David Limbaugh discussed what his brother would say about the world in 2022. 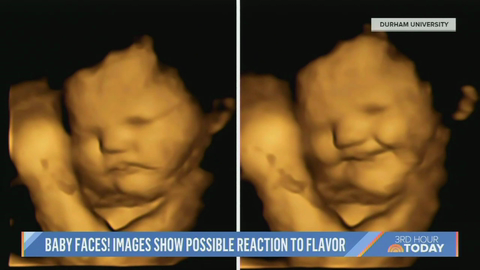 NBC’s Today 3rd Hour on Thursday screwed up and described unborn babies in the womb as... unborn babies in the womb. Someone will no doubt have to be punished for this breach of journalistic decorum. In an otherwise light-hearted segment on the food pregnant moms eat and the impact it has, Sheinelle Jones blurted, “We want to show you amazing baby faces. Researchers in Britain wanted to know if babies in the womb react when mom injects a flavor of food.” “Babies in the womb”? That’s not the language you usually hear from the liberal media. But it continued. An onscreen NBC graphic about the unborn noted, “Baby Faces! Images Show Possible Reaction to Flavor.” Showing ultrasound images, Jones added, “The left is of a baby in its resting state. Then on the right, see how he smiles.” 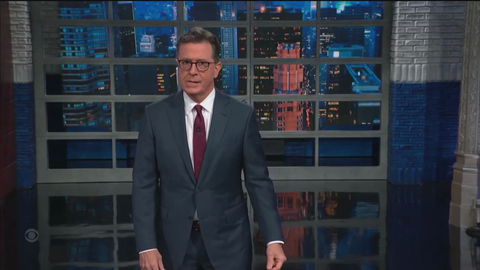 It’s beyond obvious that the late night hosts have no interest in appealing to any part of the country outside the rabidly liberal Democratic base. But Late Show host Stephen Colbert on Tuesday night proved that his obsession with Ron DeSantis has ruined any possibility of “comedy” on the show. In a rant about the Florida Governor sending illegals to liberal enclaves like Martha’s Vineyard, Colbert abandoned jokes for cheap partisan gibes. Colbert attacked the possible 2024 contender: “You'll recall that Governor DeSantis tried to score cheap political points in Florida by dragooning people off the streets in Texas and smuggling them to Massachusetts.” Cheering Democratic stunts, the host continued, “Well, good news we found out that a Texas sheriff is investigating DeSantis' role in flying migrants to Martha's Vineyard. "Hell yeah! Get him!” “Hell yeah”? “Get him”? Can you imagine Johnny Carson even or Jay Leno even trying anything so nakedly partisan? 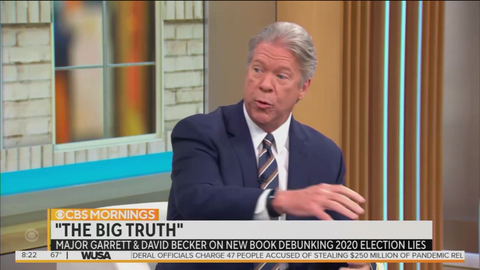 They’re not even trying anymore. CBS Washington Correspondent Major Garrett has a new book out in which he employees “speculative fiction” to imagine election violence next year: A Texas Republican shoots a voter at the polls. CBS Mornings co-host Tony Dokoupil used this dishonesty as a way of warning of America’s coming “civil war.”  Garrett’s new book is called The Big Truth: Upholding Democracy in the Age of the Big Lie. Co-author Garrett explained on Wednesday how “speculative fiction” gives him license to make stuff up in his journalistic reporting: “So, to make it clear to everyone, this is speculative fiction. It's a nonfiction book that opens with a chapter of speculative fiction.” 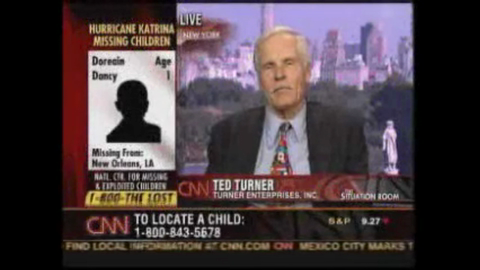 [See NewsBusters on Saturday for a full flashback blog on this.] 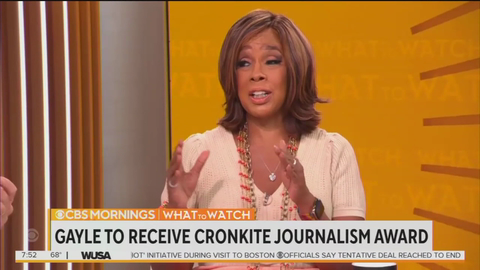 Gayle King, who has a history of Democratic donations, who vacationed with the Obamas, will be receiving the 39th Walter Cronkite Award for Excellence in Journalism. On Tuesday, her CBS Mornings co-hosts announced the prize, to be given out by Arizona State University. Skipping over her lobbying for Democrats, ASU said in a statement: “Her approach to covering important events and interviewing politicians, leaders and celebrities is unparalleled. It’s an honor to present Gayle with this prestigious award.”  On CBS Mornings, reporter Nancy Chen cheered, “Every year Arizona State University gives out a prestigious honor in honor in memory of legendary CBS News anchor Walter Cronkite. Now, you may recognize this year’s nominee. We can announce this morning it’s none other than our very own Gayle King!” The ASU statement hyped her connections to the Obama family: “King’s notable interviews have included... former President Barack Obama; former First Lady Michelle Obama and her mother, Marian Robinson.” 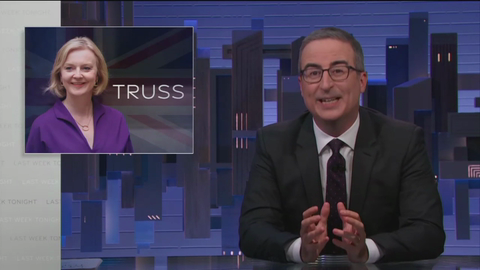 HBO host John Oliver hates anyone or anything conservative. So it’s not a shock that the “comedian” on Sunday night mocked the death of Queen Elizabeth as a way of slamming the new Conservative British Prime Minister Liz Truss: “The nicest thing the Queen of England ever did for anyone was die the week that woman became prime minister.” Truss has been compared to conservative icon Margaret Thatcher, something that caused Oliver to fume: “Liz Truss —  basically, Margaret Thatcher if she were high on glue –  became its new prime minister.” 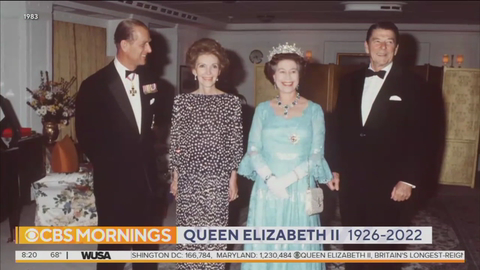 Networks Remember Reagan and the Queen: 'He Was Her Favorite President'
Scott Whitlock

During all the tributes and stories on the death of Queen Elizabeth, many media outlets — somewhat surprisingly — fondly commented on the enduring and close friendship between President Ronald Reagan and the Queen, calling the conservative icon “the best,” the man who “got the relationship right,” and was Elizabeth’s “favorite.” On CBS Mornings, Friday, Nancy Cordes recounted, “Perhaps no president got the relationship right more than Ronald Reagan who stayed and played with the Queen at Windsor Castle. The pair also shared laughs in California where her majesty hosted the Reagans aboard her royal yacht.” According to historian Craig Shirley: “Most people will tell you he was her favorite president.” 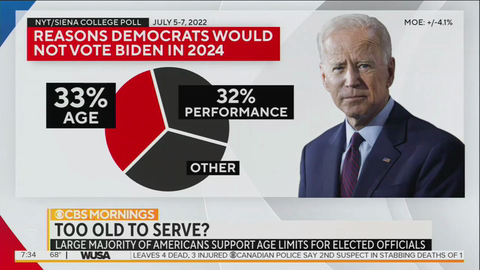 Journalists have done their best to prop up Joe Biden and the Democratic chances in 2022. But there is a sense that the liberal network newscast are willing to throw the Democrat overboard when it comes to 2024. CBS on Thursday speculated on when is “too old to serve” for politicians. Among the individuals singled out was Biden. The network even featured a famous clip of the President verbally stumbling and looking confused. Co-host Tony Dokoupil warned, “President Biden, already the oldest sitting president, is set to become the first president to turn 80 in office.” He continued, “President Biden has faced some of the same criticism from his political opponents.” What’s even more shocking about this story is that Dokoupil played a famous clip of Biden stumbling. It’s famous despite the network attempts to bury it. In 2020, the then-presidential candidate mangled over an attempt to quote from the Declaration: “We hold these truths to be self-evident. All men and women created by — you know, you know, the thing.” 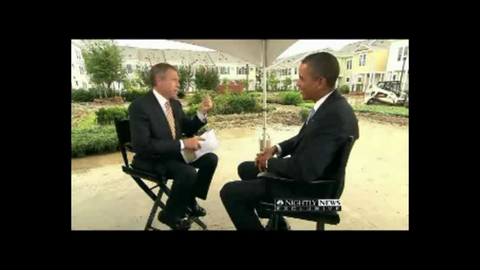 As of Saturday, Joe Biden has gone 204 days without giving a sit-down interview to a journalist. What’s even more incredible about this gap is that, when he does them, the President is almost always greeted with softballs. In that way, he’s no different than the last Democratic president, Barack Obama. It was 12 years ago this week, August 29, 2010, that Obama enjoyed some particularly easy questions. NBC Nightly News anchor Brian Williams gushed to the Democratic president: "I’m hoping to find you in a reflective mood on a cloudy day. We’re the first to speak to you coming off your summer vacation. How does it re-charge you? What do you think about? What do you see? What do you read about? How are you thinking about your job these days?”