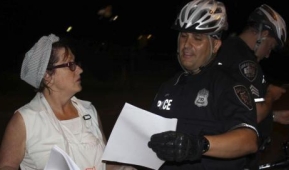 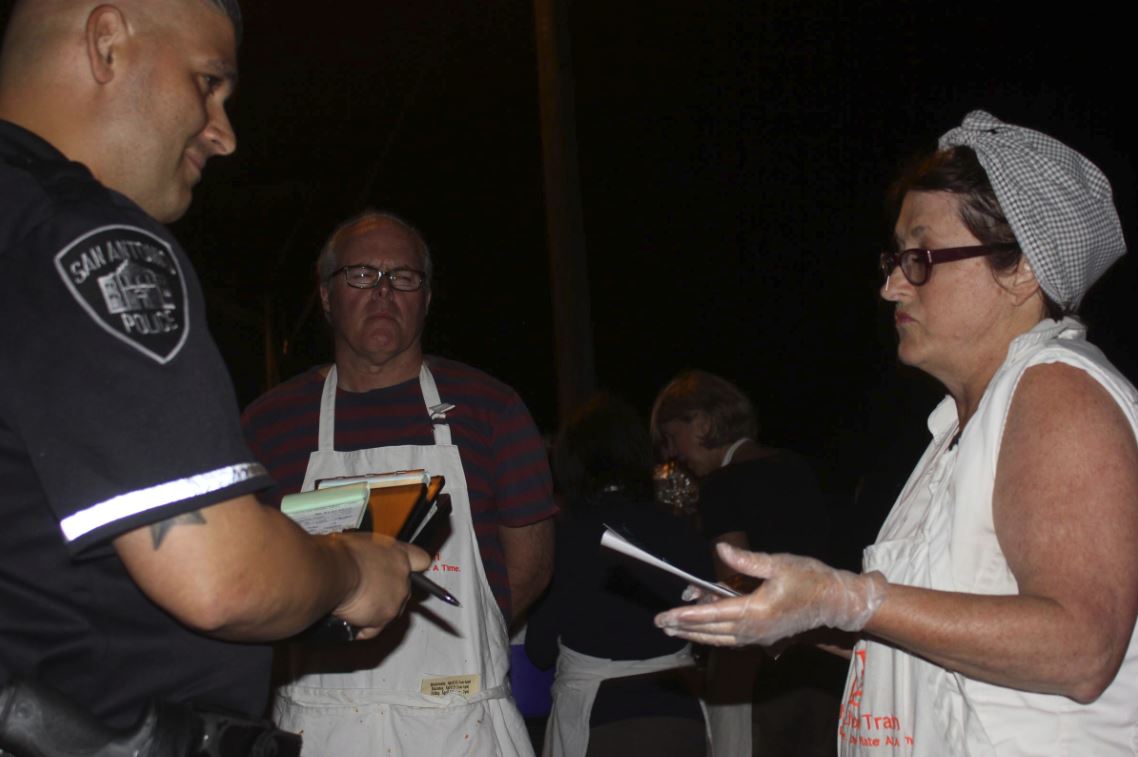 She has been driving her truck into Maverick Park (and to at least four other locations) every Tuesday for the last 10 years to feed the homeless, but this time police showed up to write her a hefty fine.

Ms. Cheever told the police that she does, indeed, have a permit, according to Texas Public Radio, and that they are a licensed non-profit food truck. She also mentioned to them that she is a certified chef and licensed food handler and that the food was transported in commercial-grade catering equipment.

Joan happens to run a non-profit called "The Chow Train."

Her food truck license was expired, and she was issued the citation even though she prepared the meals elsewhere, in compliance with health codes. 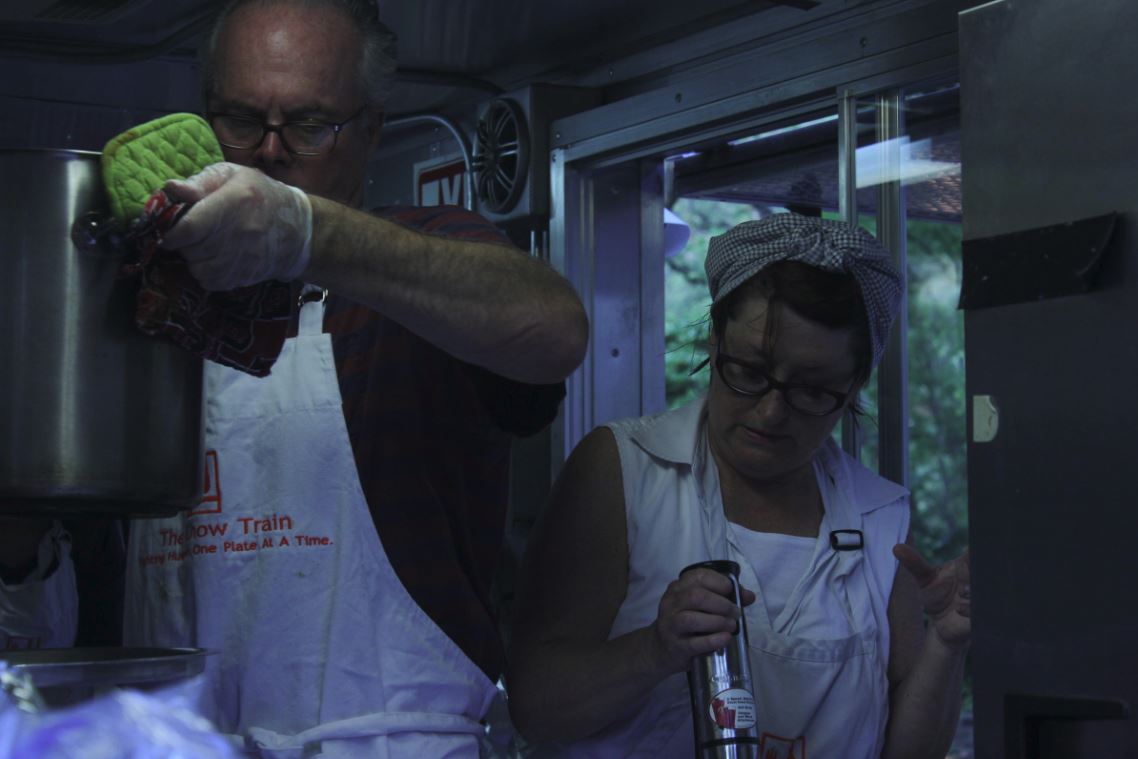 "This comes up and I tell you guys and the mayor I have a legal right to do this," Cheever told the officer.[intermarkets_ad]

“Legal right based on what,?” the officer asked.

She told the officers that they were burdening her free exercise of religion under RFRA, (The Religious Freedom Restoration Act) but the officers weren't buying it - though, they did let her finish feeding everyone in line. 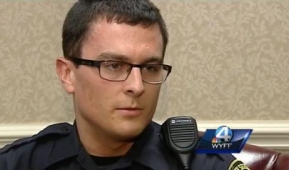 0
Deputy's Life-Saving Hug Prevents a Suicide: ‘You’re Not Going Out Like This'
Brad Fox 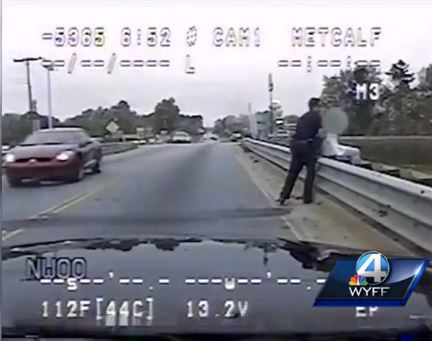 Spartanburg County Deputy Michael Hubbard responded to calls about a woman sitting on the edge of a bridge near Highway 26.

"Hubbard asked the woman what she was doing, and she responded, “Just looking for my way out and being at peace."  He said the woman was emotional and visibly upset, so he continued to talk to her while he moved toward her.

Officer Hubbard said he was able to get his hand on the woman’s right arm, but she tried to break free and attempted to jump off the bridge.  He told the woman, “Give me your hands.  You are not going to go out like this today. Stop fighting!”

That’s when he wrapped her entire body up in a hug and pulled her off of the railing and onto the roadway as the women was saying, “Just let me do it.”

A passerby helped put the distressed women in the back seat of the police car and she was taken to the hospital.

Hubbard’s boss, Sheriff Chuck Wright said, "Deputies do this kind of stuff, every single day, and I don't’ hear anyone screaming and hollering what a great job they’re doing either, because they are.“

Kareem McDowell was one of the people who called 911 said:

"It's amazing how God works sometimes. Everybody deserves a second chance, and I'm just glad she got one."

Officer Hubbord had this to say about his efforts: 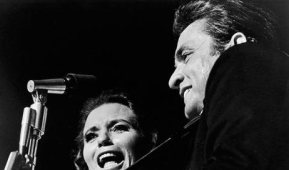 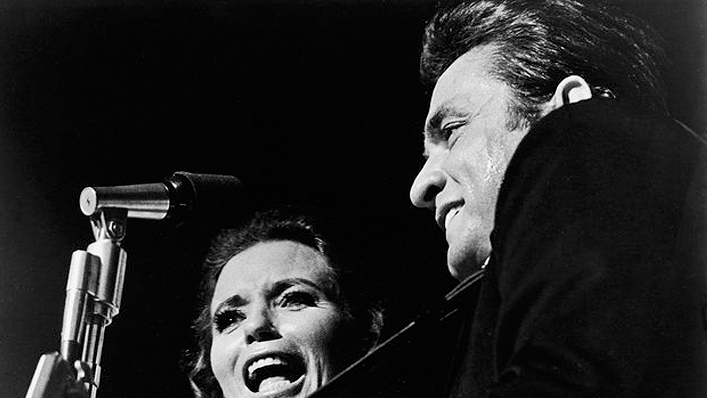 Johnny Cash and June Carter are a storybook romance couple of country music. In fact, one letter written by Johnny to June was actually named the most romantic love letter of all time by a British poll.

Johnny was never shy about expressing his gratitude for June's love, which he credited with saving his life on multiple occasions.

In 2001, Johnny Cash told Rolling Stone that his wife June had,

"Saved my life more than once . . . There's unconditional love there. She's always been there with her love, and it has certainly made me forget the pain for a long, long time, many times. When it gets dark, and everybody's gone home and the lights are turned off, it's just me and her." 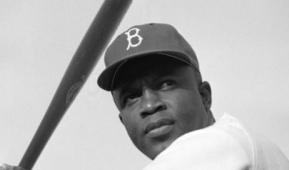 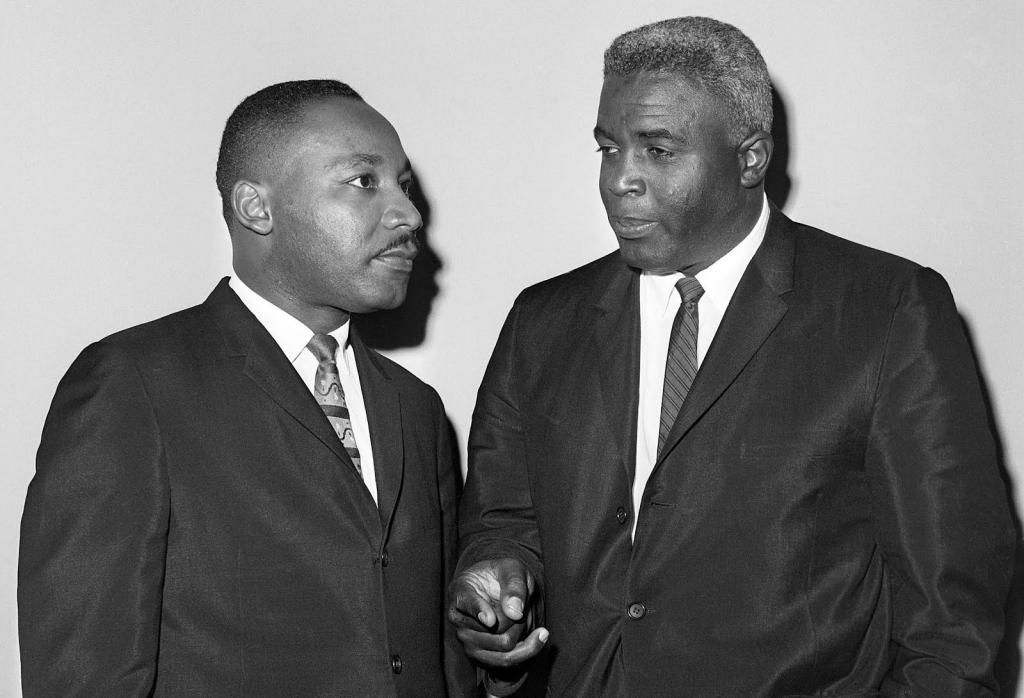 Jackie Robinson was more than just one of the best baseball players - he was also a national champion long-jumper, league champion collegiate basketball scorer, and  All-American halfback at UCLA.

If you didn’t know, Jackie Robinson was a bit more complicated than that, as he was also a writer, political campaigner (For Rockefeller), and passionate civil rights activist, and business man.

He was also pro-business, as he wrote in an essay titled, I Never Had Made It:

“I believed blacks ought to become producers, manufacturers, developers, and creators of businesses, providers of jobs.  For too long we had been spending much too much money on liquor while we owned too few liquor stores and were not even manufacturing it. We talked about not having capital, but we needed to learn to take a chance, to be daring, to pool capital, to organize our buy power so that the millions we spent did not leave our communities to be stacked up in the downtown banks.” 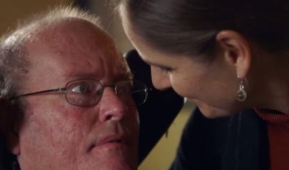 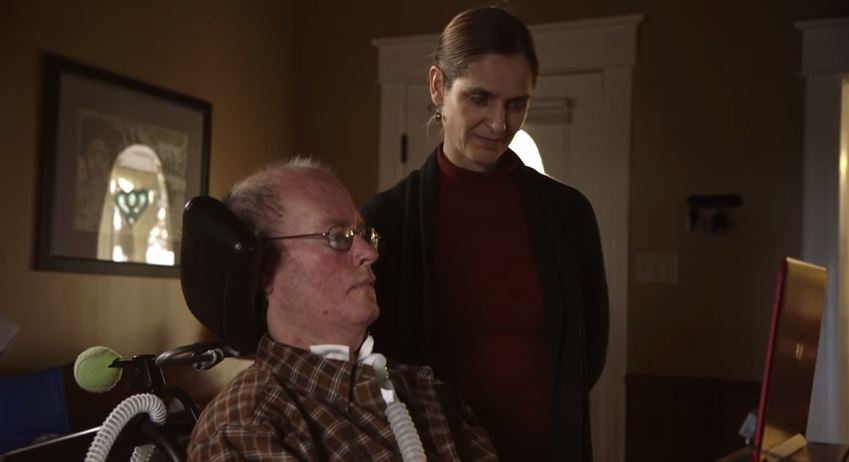 ALS struck Don Moir in 1995 and it has slowly debilitated him every year since. When Don was fitted with a ventilator in 1999, he lost all ability to speak, and soon after that went his ability to write with his hands. He has since communicated with a letter board with the alphebet divided into four quadrants.

This video is an incredibly touching story about Don’s wife Lorraine never giving up on him, and how she sought help from an organization called Not Impossible, who make open source medical device for people just like Don to find their voice again.

The man who developed this personal program for Don, Javed Gangjee, said

Mr. Moir writes to his wife:

My Dear Lorraine,  I can’t imagine life without you. You have made the last 25 years fly by and the last 20 with ALS more bearable. I am looking forward to the next 25 years,  Love Don. 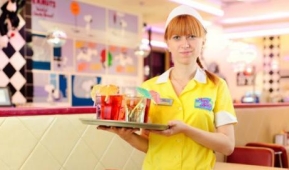 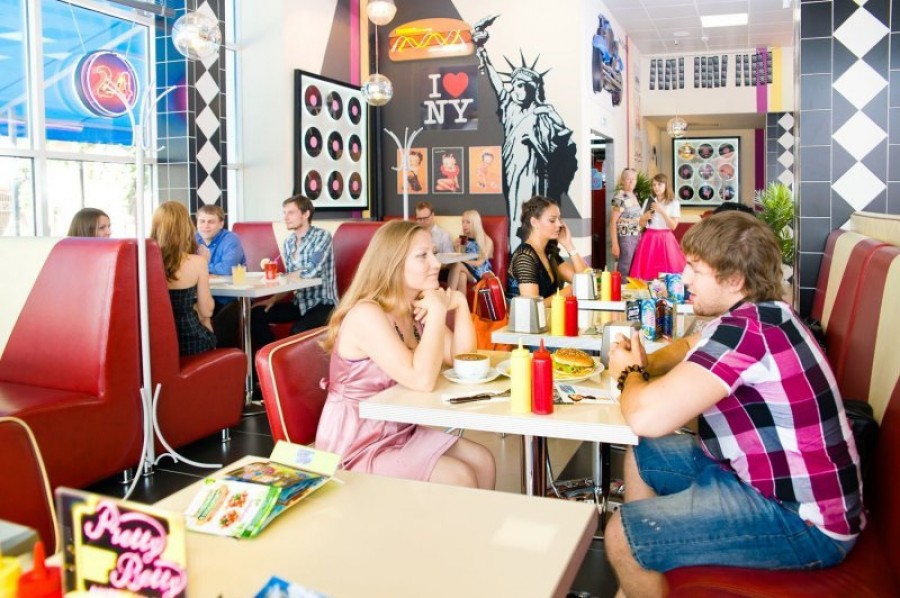 Who would have thought American 50's and 60's culture would be seen in Russia, of all places? The patrons (and owners) of these restaurants could be curious about what their country was sheltered from during the Cold War.

Pretty Betty is the name of a new franchise in Russia that is in the style of  traditional American diners, and judging by these TripAdvisor reviews, it has been around for at least three years.This Russian website (which you can use Google to translate into English), talks about the chain's large selection of American cuisine and cultural pieces that “symbolize the American way of life.” 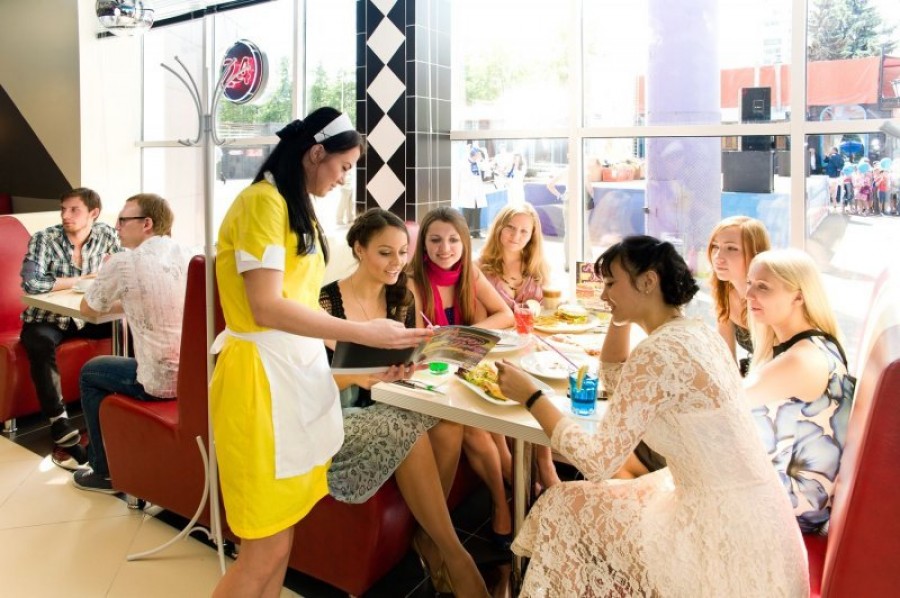 There are six restaurants in the Pretty Betty franchise where they also show American films from all decades and host themed parties. Some of the films they mention are John Travolta dancing in Saturday Night Fever or Uma Thurman starring in the classic movie Pulp Fiction.

The reporter in this video, Sergey Baklykov, works for the first independent English-language channel  about Russia. You can watch him talk about the cultural pieces with mainly a pop-culture idea of what they are, though it appears at times he is being humorous on purpose (which is a classically American thing to do, is it not?). He knows "comicses" are big in America, but isn’t quite sure why they have roller skates hanging up on the wall. King of Jordan: We are at War with 'Outlaws of Islam'
Brad Fox 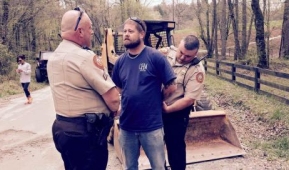 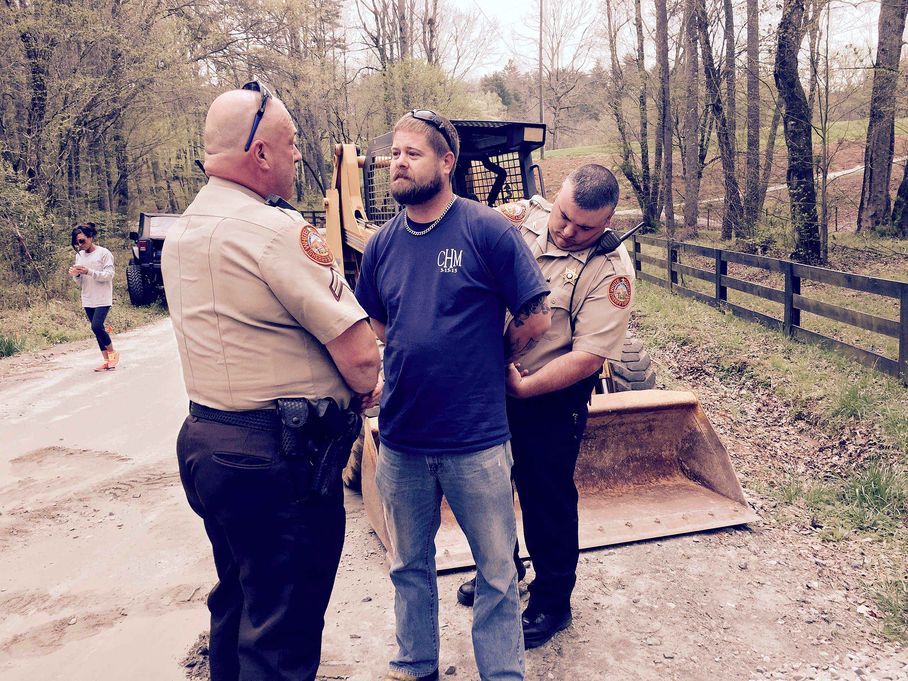 Shannon Hamilton had to watch his daughter get pulled out of a cold creek where she and her friend perished on March 15. Mr. Hamilton believes his daughter, Cecily Hamilton, 16, and her friend Taylor Swing, 18, might not have died if there had been a a proper barricade on the bridge.

“I gave her a kiss and told her I loved her,” Shannon Hamilton told the Atlanta Journal-Constitution on Monday. “Hugged her freezing body and said goodbye.” 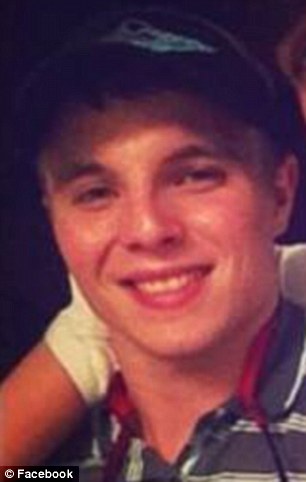 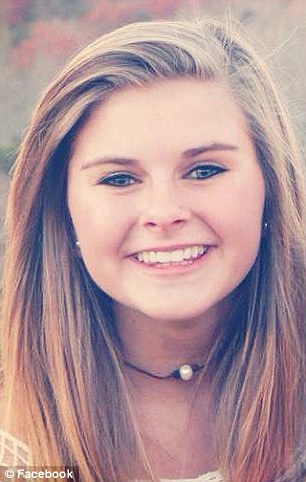 Mr. Hamilton was arrested by police in White County, Georgia as he was constructing a temporary berm (raised bank) until the county could build something more permanent. Since he works in the quarry business, he decided he could handle it. He even planned a run-off channel for water and was using his own Bobcat.

Before he could finish, he was arrested, while his 18 year old son and community members looked-on. The deputies at first tried to talk him out of it, but he continued and was charged with interference of government property.

Cecily’s brother, Kale Hamilton, said that “White County wants to take their time in getting this accomplished so my dad did it for them.” Megyn Kelly vs. Debbie Wasserman Schultz on Abortion: When Does Life Begin? When Should State Step In?
Brad Fox