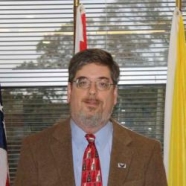 Brent H. Baker, the Steven P.J. Wood Senior Fellow and Vice President for Research and Publications at the Media Research Center (MRC), has been a central figure at the MRC since its 1987 founding. In 2001, Weekly Standard Executive Editor Fred Barnes dubbed Baker “the scourge of liberal bias.” In 2005, Baker spearheaded the launch of the MRC’s NewsBusters blog (his blog postings). 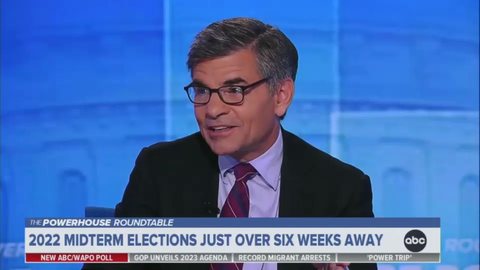 A new ABC News-Washington Post poll was released on Sunday and ABC’s George Stephanopoulos led This Week with some findings from it (Biden’s approval at 39%, most Democrats want a different candidate for 2024, Democrats “even” with Republicans in the midterm preference), but not until 44 minutes into the show did he note a finding that undermines Biden’s claim he’s the best hope Democrats have against Donal Trump. 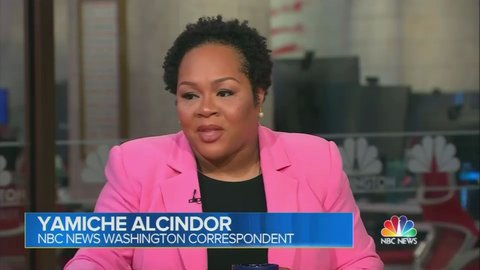 Alcindor Retort to Concern Biden Too Old: More Fear ‘Future of Democracy’ Without Him
Brent Baker

When, on Sunday’s Meet the Press, host Chuck Todd noted even Democrats he talks to “all think” President Joe Biden is “too old to run again,” panelist Yamiche Alcindor pushed back, contending “the key issue will be whether or not them thinking President Biden is too old outweighs them thinking that the future of our democracy is on the line.” 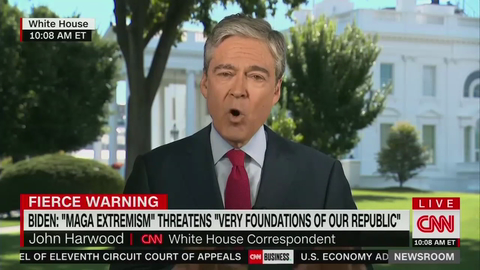 Just over an hour before announcing on Twitter his departure from CNN, White House correspondent John Harwood delivered the very kind of opinionated, far-left diatribe which likely prompted new CNN CEO Chris Licht to rid CNN of him. Harwood endorsed President Biden’s “soul of America” speech and denounced Donald Trump and his supporters: On Biden: “The core point he made in that political speech about a threat to democracy is true.” 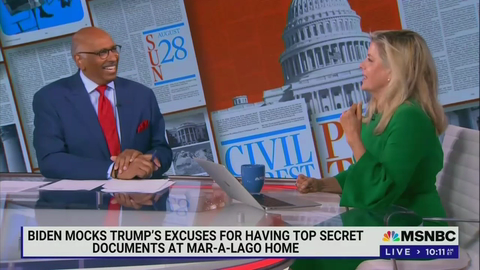 Sunday morning on MSNBC, former federal prosecutor Cynthia Alksne gushed over President Joe Biden: “Isn’t he the greatest?” The MSNBC legal analyst’s effusion came after guest host Michael Steele brought up how Biden had mocked former President Donald Trump’s claim he could declassify any document he wished. “He just has to sort of call it like he sees it, right?” Alksne maintained. Steele agreed: “He did.” 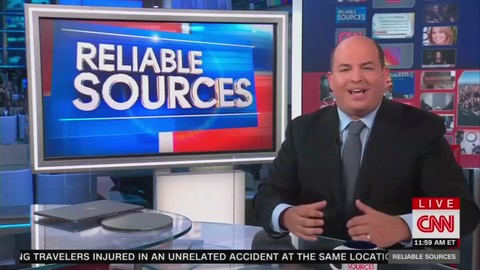 Brian Stelter ended his final episode of CNN’s Reliable Sources on Sunday with a sanctimonious lecture in which he put himself on the side of decency and patriotism over demagogues and liars: “I know it’s not partisan to stand up for decency and democracy and dialogue. It’s not partisan to stand up to demagogues. It’s required. It’s patriotic. We must make sure we don’t give platforms to those who are lying to our faces.” 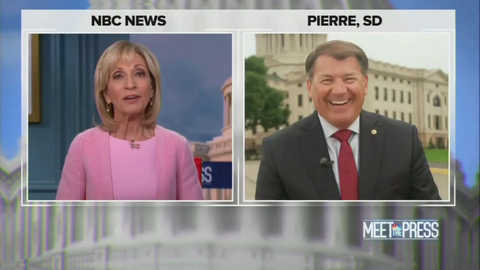 NBC’s Andrea Mitchell Chastises Senator: ‘We’re Not In a Recession Yet’
Brent Baker

Hosting NBC’s Meet the Press on Sunday, Andrea Mitchell chastised Senator Mike Rounds (R-SD) after he reiterated the standard, accepted definition of a recession as two quarters of negative growth, which have now occurred. Mitchell countered: “We’re not in a recession, yet.” Rounds corrected her: “Two quarters tell you differently than that.” Mitchell wouldn’t accept reality: “That’s out of date, out of date.” 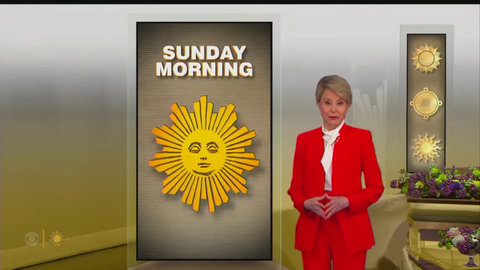 Good morning, you’re going to die. Jane Pauley opened CBS Sunday Morning by hyperbolically warning that, thanks to climate change, “according to some scientists, the possibility of worldwide societal collapse, or even eventual human extinction, isn’t out of the question.” 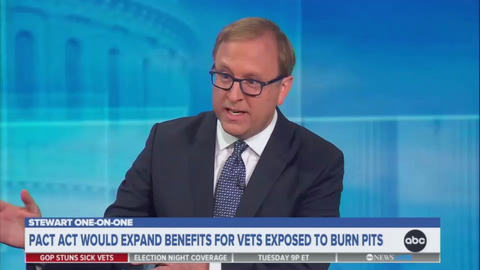 Another Sunday, another left-winger pressed by the host to run for president. A week after NBC Sunday interview show host Chuck Todd urged Al Gore to run for president, ABC Sunday interview show host Jonathan Karl pleaded with Jon Stewart to do the same. Karl noted the career path of Volodymyr Zelenskyy, “a guy in Ukraine who is a comedian who had a very popular show, who is now a president of Ukraine.” Karl then wondered: “Is there any chance you run for office? I mean, you know, any office at all?” 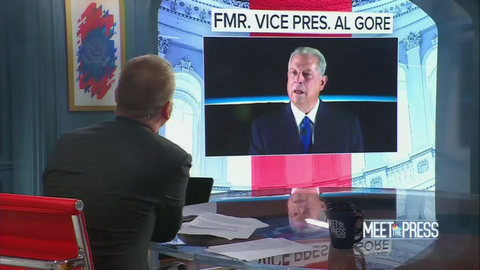 To a Perplexed Gore, Chuck Todd Pushes Him to Make Another Presidential Bid
Brent Baker

Chuck Todd ended his Sunday Meet the Press interview with former Vice President Al Gore by urging him to make another presidential run, but Gore seemed confused and taken aback by the suggestion. “I’m not going to let you go without asking you this,” Todd relayed, “Why not you, Al Gore?” Gore was perplexed, “Why not me,” he asked before pausing, “as a candidate?” 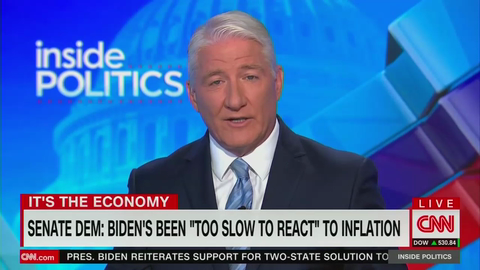 CNN’s King Empathizes: ‘Give the Democrats Some Grace, Governing Is Hard’
Brent Baker

CNN anchor John King on Friday empathized with the plight of Democrats ahead of the midterm elections. After a clip of a Republican TV ad, he lamented: “It is much easier to be the opposition party. Give the Democrats, give the Democrats, some grace. Governing is hard, especially when you have tiny margins.”